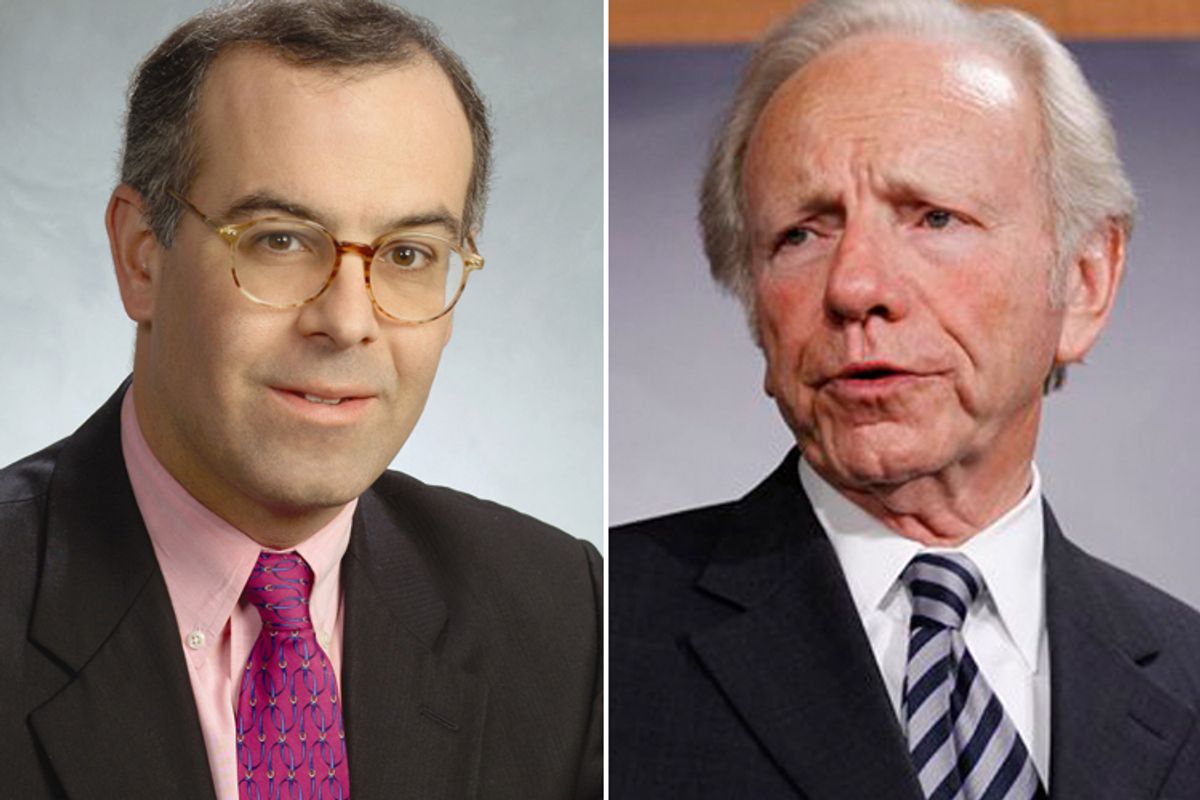 Glenn Greenwald has already mentioned today's column from David Brooks, resident squishy intellectual conservative at the New York Times. It is a classic of the "in support of the indefensible" genre, and its subject is the goodness of Joe Lieberman, the senator from Connecticut who will not seek reelection in 2012. As a defense of Joe, though, it suffers from the fact that it didn't even appear to convince Brooks himself.

The evidence of Lieberman's usefulness is that he voted for various things the Democrats wanted him to vote for, eventually. But politics -- especially in the Senate -- is about more than the final vote. It's about the process. And Lieberman acted as poisonously as he could during the process of passing legislation like the healthcare reform bill. He helped drag it out and he killed the Medicare buy-in for no reason other than spite. Brooks knows this full well, because in his penultimate paragraph, he writes:

It would be nice if voters made room for a few independents like this. There have been times, like during the health care debate, when I found Lieberman’s independence befuddling and detached from any evident intellectual moorings. But, in general, he has shown a courageous independence of mind.

In other words: 1. I acknowledge that actual real-life voters don't care for Lieberman's style of "independence." 2. Lieberman's behavior during the time period discussed in this column directly contradicts the point I am trying to make. 3. But whatever, my point still stands.

The column is titled "A Most Valuable Democrat," which is the best joke in the whole piece. Far from being an MVP-caliber member of the caucus, Lieberman far underperformed the hypothetical average replacement Democratic senator from Connecticut. "Senator Average Connecticut Democrat" would've been a reliable vote without the drama or the need to "moderate" legislation by killing popular provisions.