The real goal behind a plan to allow states to default: Crushing public sector unions once and for all 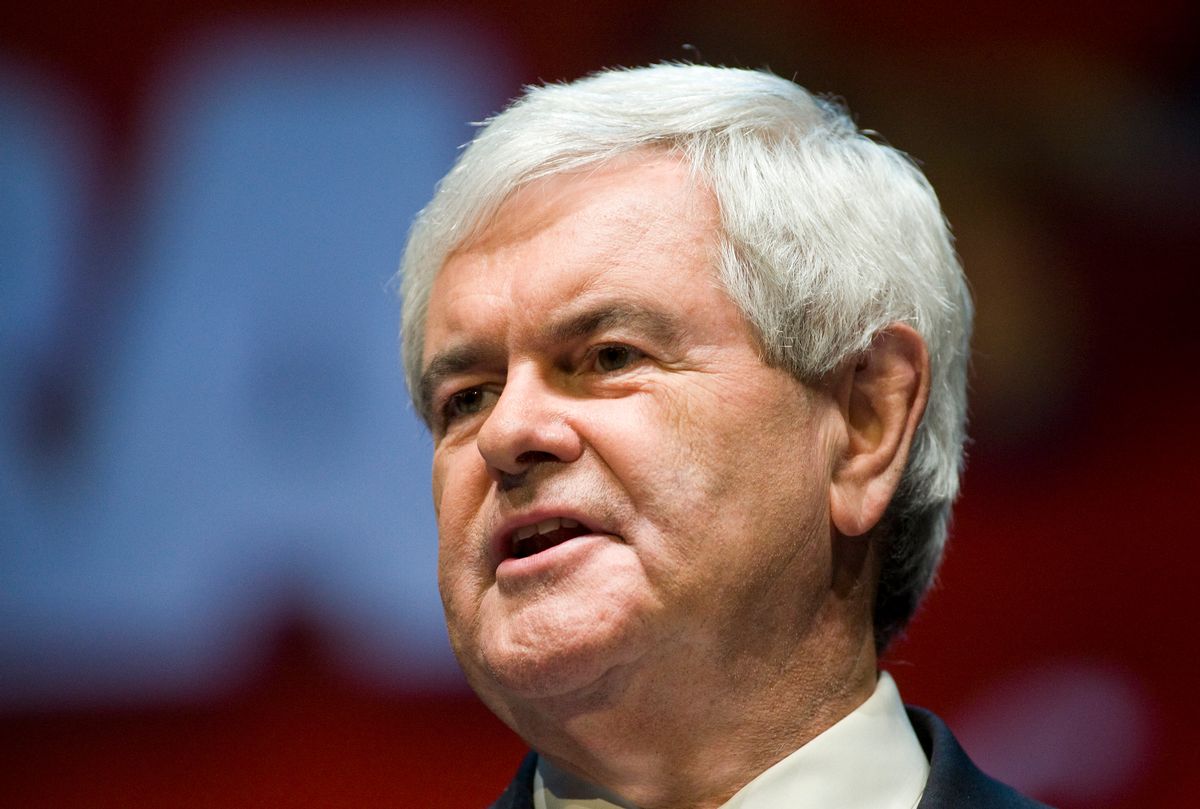 Policy makers are working behind the scenes to come up with a way to let states declare bankruptcy and get out from under crushing debts, including the pensions they have promised to retired public workers.

As Felix Salmon heatedly explains, this is a tricky story to do, because the very mention of the idea that states might default on their bond obligations sends bond markets into a big tizzy, which results in higher interest rates, which makes borrowing more expensive and ends up putting state finances in an even lousier situation. And such a scenario is already underway, as municipal bond yields have started rising ever since chatter about the possibility of a nuclear bankruptcy option to solve state financial woes started being discussed.

Newt Gingrich should be proud, because, as Walsh reports near the end of her article, he started the bankruptcy groundswell while giving a triumphalist post-midterm election speech at the Institute for Policy Innovation in Dallas. But if you actually read the speech, (something I don't recommend for any liberal who wants to sleep well for the next month), you will discover that Gingrich is hardly at all concerned with the problem of helping states "get out from under crushing debts." His primary goal is to break public sector unions, pure and simple. The entire speech is a monument to partisanship, epitomized by his quotation of Reagan's famous answer to the question "What's your vision of the Cold War?"

As in conservatives win, liberals lose. Period. End of story.

I think, for example, you can solve much of the post office's problems if you simply start hiring new postal workers at a market wage and you find the market wage easy. You advertise for vacancies and find out what people show up for and you'll find out it's about a third of the current cost. And I think we just have to be honest and clear about this and I also hope the House Republicans are going to move a bill in the first month or so of their tenure to create a venue for state bankruptcy, so that states like California and New York and Illinois that think they're going to come to Washington for money can be told, you know, you need to sit down with all your government employee unions and look at their health plans and their pension plans and frankly if they don't want to change, our recommendation is you go into bankruptcy court and let the bankruptcy judge change it, and I would make the federal bankruptcy law prohibit tax increases as part of the solution, so no bankruptcy judge could impose a tax increase on the people of the states (applause).

You can't spell it out any more clearly. The purpose of state bankruptcy is to break government employee unions. House Republicans win. Labor loses.

How The World Works Newt Gingrich The Labor Movement