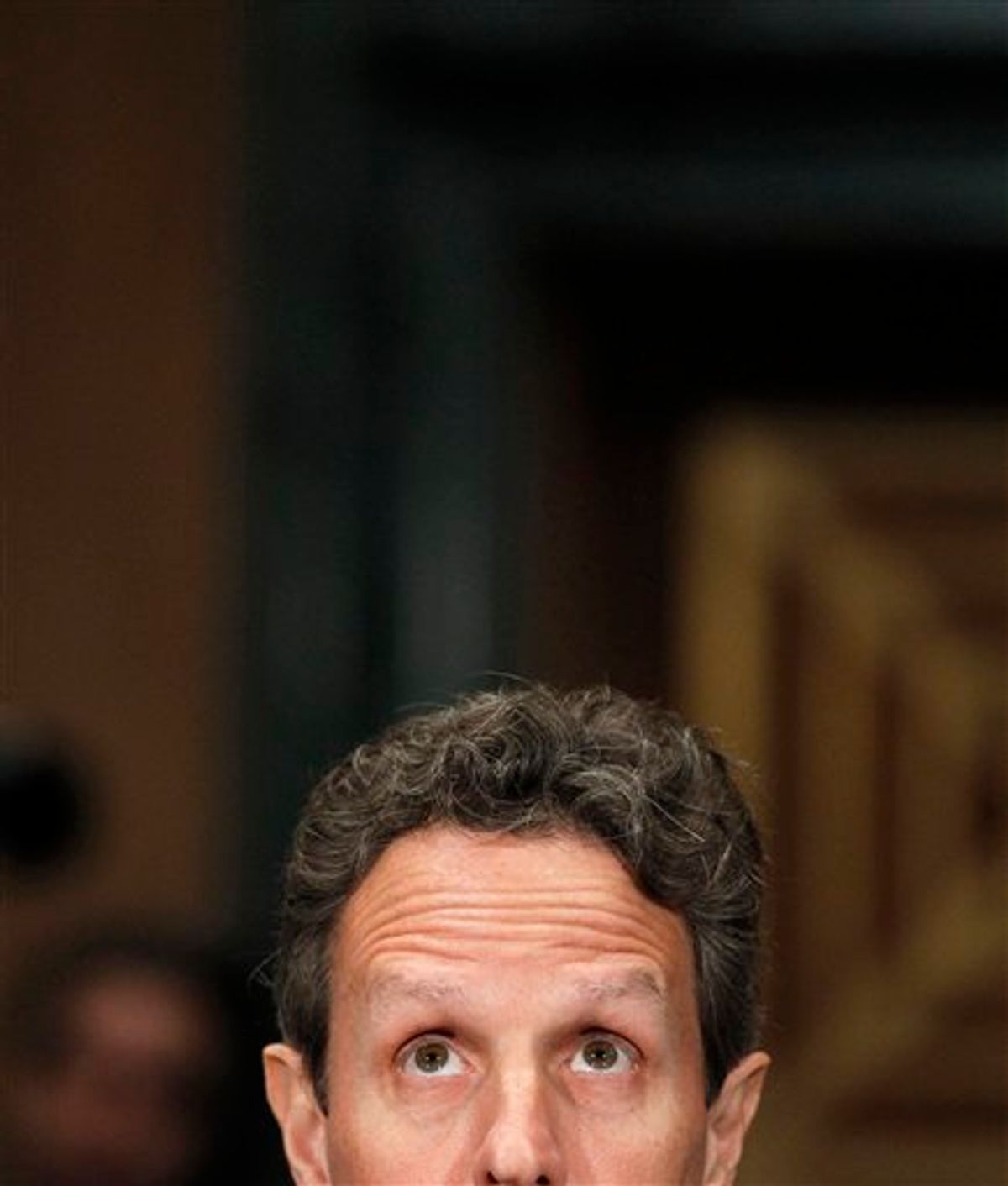 Let's assume a $100 bill weighs a gram -- in fact, it's a little bit less. Based on some really simple arithmetic, we can start to imagine the weight of U.S. debt. Loaded onto a scale, $14 trillion worth of $100 bills would weigh 154 thousand* tons. The Statue of Liberty only weighs 225 tons.

The U.S. Treasury announced yesterday that U.S. debt crossed the $14 trillion mark, and the timing couldn't be worse for Democrats. The federal government can't legally borrow more that $14.294 trillion, and Geithner is calling on lawmakers to raise the ceiling. Unable to borrow more money, the U.S. would then stand the chance of defaulting on its debt potentially creating a "cascade effect" that could lead to sinking the dollar, dashing investment portfolios, and even -- to get a little bit dramatic about it -- causing a global economic meltdown.

So, Americans are getting nervous. How to stop the catastrophe? One obvious step in the right direction would be to reduce the budget deficit so that the federal government needs to borrow less. And how to do that? Everyone has their own idea.

Let's cut spending! The obvious compromise is to cut spending on government programs -- which is in fact one option that the administration is pursuing. According to a New York Times poll, however, two-thirds of Americans would rather pay higher taxes than see benefits on key government programs like Medicare and Social Security reduced.

Nevertheless, the GOP is proposing an aggressive series of spending cuts that could save up to $2.5 trillion over the next decade. Members of the über-conservative Republican Study Committee, a faction within the GOP made up partly of tea party-supported leaders, urged the GOP to stick to their promises regarding budget cuts, and at 163 members-strong, the group carries some political clout.

The first stop on the budget-cutting train is healthcare. According to a report by the Huffington Post's Sam Stein, Democrats are increasingly convinced that Republicans will bring down the government in order to cut spending on healthcare. Quoting Rep. Debbie Wasserman Schultz (D-Fla.):

[Republicans are] potentially setting up a situation where they will bring government, all of government, to a screeching halt. Not because of the debt ceiling. This is beyond the debt ceiling ... If they think they are going to have the end game of their appropriations bills be that they drive health care reform into an early grave ... they are literally setting up a full stop for almost everything we will possibly do this year.

Under the crippling weight of $14 trillion, it makes sense for lawmakers on both sides of the aisle to be worried.