Friday night marked the final version of MSNBC's hit news show. Here are some memorable moments from the past 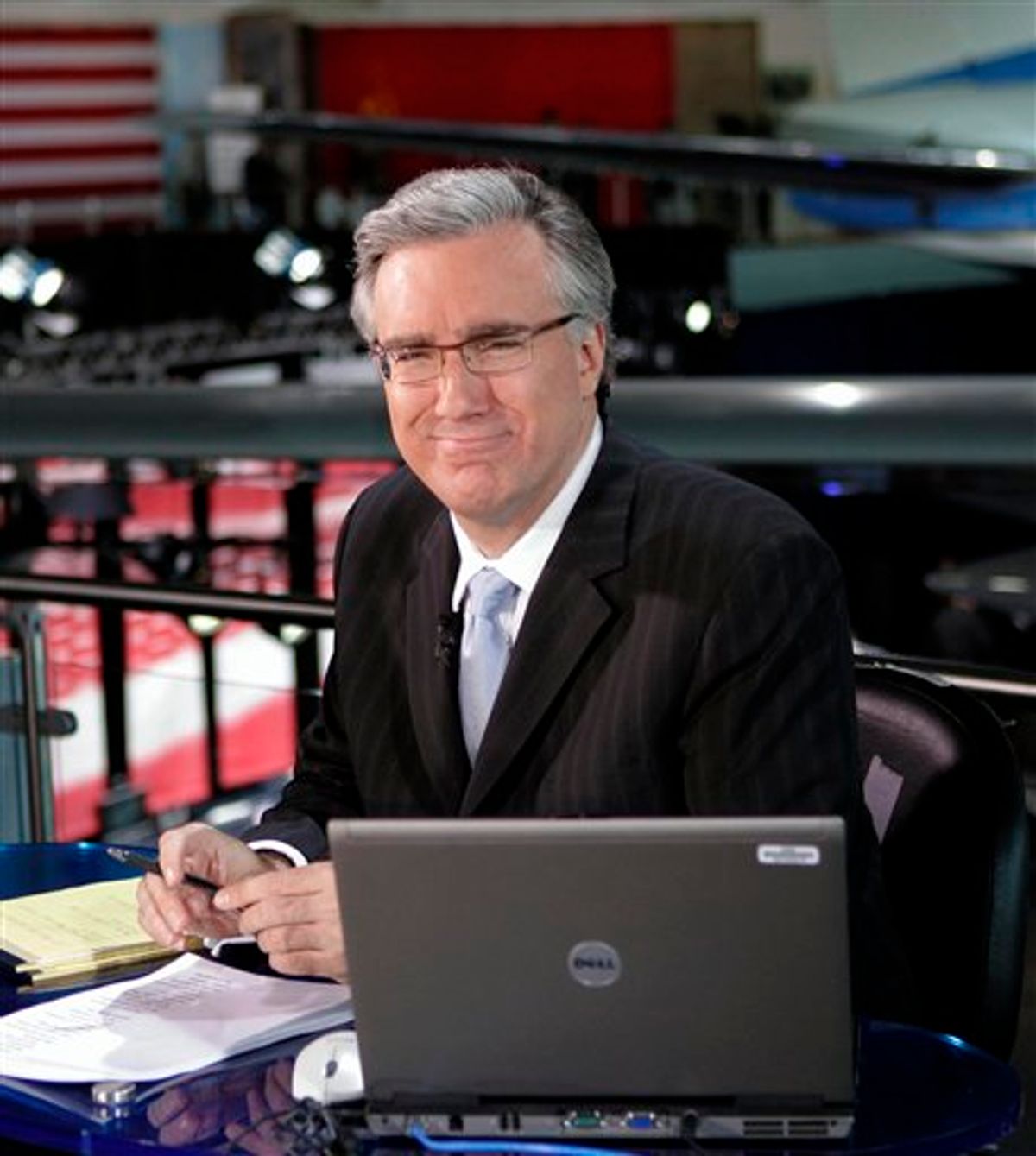 FILE - In this May 3, 2007 file photo, Keith Olbermann of MSNBC poses at the Ronald Reagan Library in Simi Valley, Calif. Keith Olbermann is leaving MSNBC and has announced that Friday's "Countdown" show will be his last. MSNBC issued a statement Friday, Jan. 21, 2011, that it had ended its contract with the controversial host, with no further explanation. (AP Photo/Mark J. Terrill, File) (AP)
--

It turns out that Friday night's edition of "Countdown With Keith Olbermann" was the last one ever. But the unexpected announcement that the MSNBC host and his employer are parting ways is, in a roundabout way, not all that surprising -- if you consider Olbermann's career.

Initially a sports reporter, he started his career covering the Lake Placid Olympics, had a brief stint on USA's "Cartoon Express," and ended up at ESPN. His first jump to MSNBC, which was then still in its infancy, didn't last long and was followed by a stint with Rupert Murdoch's Fox Sports Net, and then, in 2003, a return to MSNBC, where he launched "Countdown" -- a sometimes brilliant, sometimes infuriating show that has polarized viewers and network executives alike.

In the spirit of SportsCenter, here's our version of an Olbermann highlight reel:

1. Special Comment No. 1 (2006): Olbermann lambasts Donald Rumsfeld for criticizing those who criticize America and in the process creates a feature and a tone that would define his show:

3. Chris Matthews does not like Keith Olbermann (2008): During coverage of the presidential election, tensions mount between the two MSNBC superstars and begin to surface on the air as they are forced to share hosting duties:

4. Keith goes a little crazy when criticizing Scott Brown (2010): In response to Scott Brown's election to the Senate, Olbermann goes a bridge too far, describing the Massachusetts Republican as "an irresponsible, homophobic, racist, reactionary, ex-nude model, tea-bagging supporter of violence against women and against politicians with whom he disagrees":

5. "Oops, I broke some journalistic ethics rules" (2010): When Olbermann makes donations to three Democratic candidates leading up to the midterm elections -- a violation of NBC News policy -- he apologizes to viewers, but not to MSNBC (as Salon's Alex Pareene points out).

"A Statement to the Viewers of Countdown"