10 Oscar nods that won't happen -- but should

Slide show: As the Academy prepares to announce its nominees, we look at the most tragic likely snubs 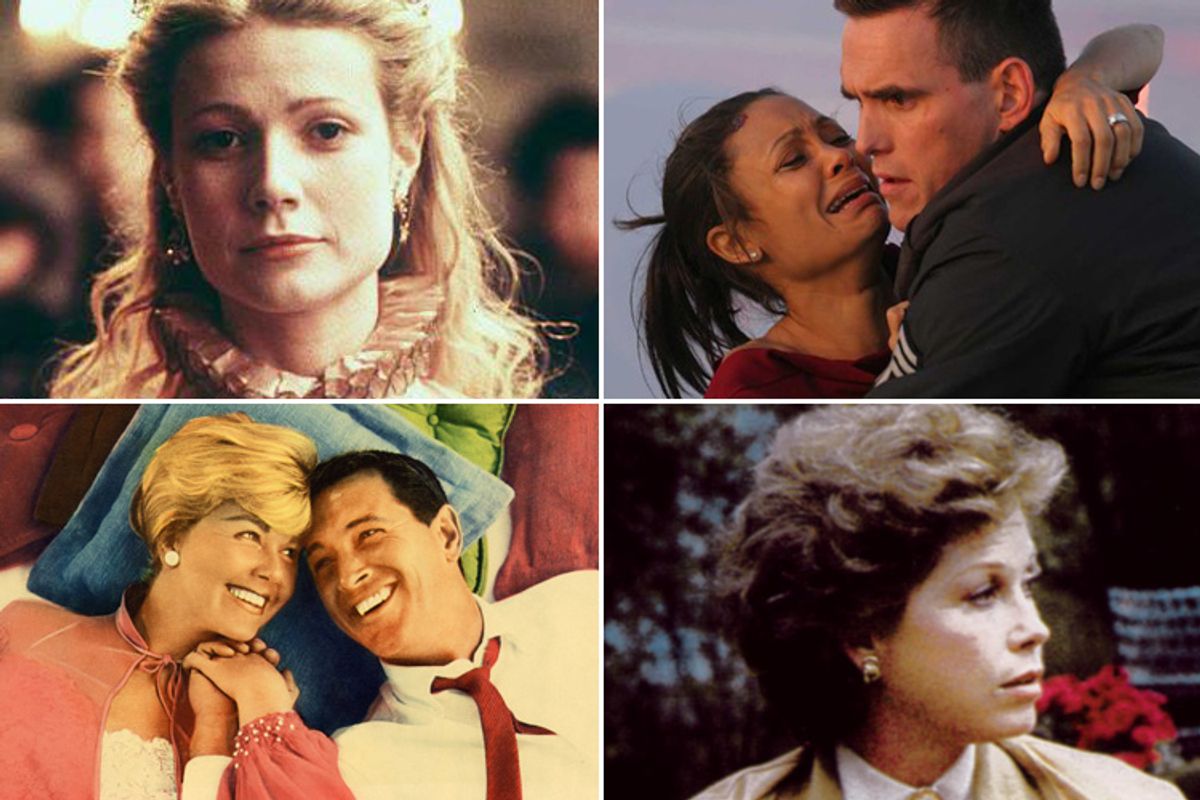 As anyone who's ever expended even a single brain cell on the peculiar annual ritual known as the Academy Awards rapidly becomes aware, the Oscars have a pretty miserable record when it comes to picking great movies. Here's a pop quiz: How many Oscars were won cumulatively by "The Big Sleep," "City Lights," "Metropolis," "Singin' in the Rain," "Vertigo," "The Searchers," "The Wild Bunch," "Blade Runner" and "Blue Velvet"? And here's a hint: It's a number you don't need any fingers to count.

With this year's Academy nominations due out on Tuesday morning, we asked ourselves to steer away from considering the piles of laurels about to be awarded "The Social Network" and "The King's Speech" -- both really enjoyable! Don't get me wrong! -- and ask who Oscar was jilting this year. I polled Salon's cultural team and came up with an intriguing list of 10 fully Oscar-worthy movies and/or performances from 2010, all of them nearly certain to be passed over. (We'd love to be proven wrong.)

Of course you'll want to quarrel about this, and of course we want to see your lists. But here are the ground rules: The movies have to be not just Oscar-eligible but at least faintly Oscar-plausible; we're talking pop fare, more or less, not really tiny indies or obscure foreign films that hardly anyone heard about. So it's no good arguing that "Dogtooth" or "44 Inch Chest" should be a best-picture nominee, no matter how strongly you feel about it. And as amazing as the legendary Korean actress Kim Hye-ja was in "Mother," it's difficult to imagine a world where that'd make her an Oscar contender. We did consider nominating Jesse Eisenberg for -- no, not that movie -- his role as a Hasidic drug smuggler in "Holy Rollers," but that was basically a gag idea and we changed our minds.

Here's our list. By the time your clock radio wakes you up on Tuesday, the fantasy's over. Get to work.