Does "friends with benefits" work?

As non-relationships get the Hollywood treatment, I'm not alone in thinking they suck in the real world 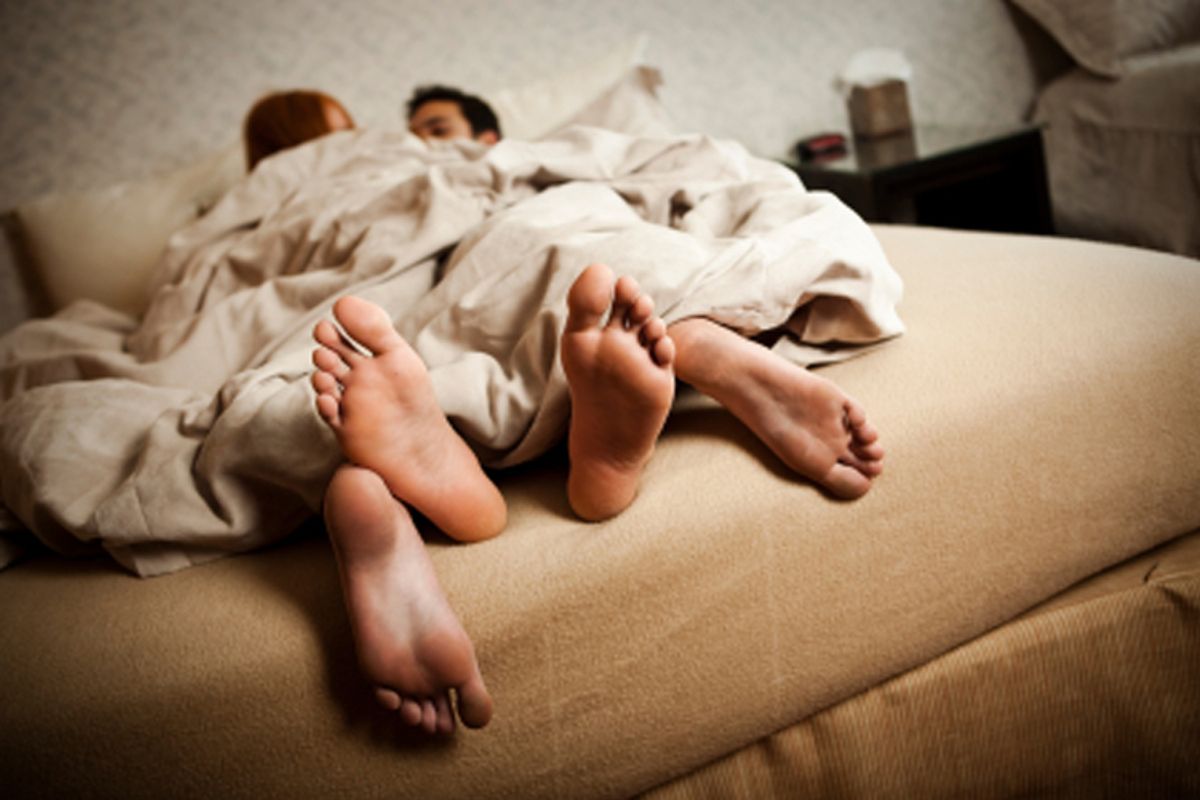 An uncomplicated roll in the hay. Sure.
--

Rom-coms tend to reflect their time: The '90s had "You've Got Mail," the "post-feminist" naughties had those two neurotic chick lit icons, and this decade brings two films about sex without romance being released within just months of each other. "No Strings Attached," starring Natalie Portman and Ashton Kutcher, came out last week; and this summer, Justin Timberlake and Mila Kunis will hit the big screen in "Friends With Benefits." The concept of "friend sex" first gained cultural traction in the early aughts, just as the New York Times and Oprah introduced spooked parents to the scourge of debauched "rainbow parties" in Midwestern basements. Now, years after we've stopped wringing our hands over the concept of "friends with benefits," it's time to ask the question: Does it work?

For some, sure. Alex, a 27-year-old gay guy living in Brooklyn, N.Y., has successfully maintained a handful of ongoing casual sex situations, always with clear communication about the limitations of the relationship. "Given that gay culture places such a central emphasis on no-strings-attached sex ... it's just much more feasible, especially in large urban centers where being single is seen as more socially acceptable." Some hetero folk swear by it too: A 44-year-old woman living in Portland, Maine, told me that these situations have "been the healthiest of any relationship" that she's had -- because they've been the most transparent. "Nobody's trying to be anything they're not or make promises they don't intend to keep; it's all just about having fun." Likewise, Stephen Elliott, author of "The Adderall Diaries," has written openly about his "FWB" relationships and says they work great -- but he maintains one strict boundary: no sleepovers. (In "No Strings," Portman's character insists on no cuddling and no morning-after breakfasts.) "I almost feel like if I was having sex with somebody and we were sleeping together we'd be in a relationship," he said. "That would be messy."

No doubt. When you talk to people who have been there and done that -- and even those who are continuing to do that -- the response is overwhelmingly negative. As my own former "friend with benefits" put it to me, "I've been in so many of these situations and, basically, they work until they don't." For six months, this guy and I would hang out and sleep together -- euphemistically and literally -- roughly once a week. In his self-deprecating style, he made no secret of his undatability. He was prone to post-coital declarations like, "You'll be done with me soon. I'm a drunken emotional mess!" Only that was kind of the point: So was I. The relationship started just a few weeks after my mom's lung cancer diagnosis. When you're in crisis, there is something oddly comforting about someone who smells of whiskey and cigarettes; misery loves company. It might have been a preemptive strike: In my most vulnerable state, the idea of someone who was emotionally available terrified me. I wanted company, warmth and no danger of attachment. The guy openly refers to himself as "a slut" and has the words "forgive me" tattooed on his arm -- there was no ambiguity here.

Except that in reality there was. I actually liked him, quite a bit, as a human being. We weren't dating, but then he would invite me out for an evening that sounded a whole lot like a date, and sometimes he would pay. We would talk on the phone for hours. With my head resting on his chest, he would ask me, "We like each other, we have fun, why aren't we dating?" as though it were actually something he was considering. He would ask me about my mom while running his fingers over the ridges of my ear -- our naked, sweaty bodies pressed together. At some point I realized that, despite my insistence otherwise, I actually wanted those sorts of intimacies, only with an actual commitment. So, now we're "friends who do not sleep together" and he is continuing his two-year-long "friends with benefits" situation with his ex-girlfriend. During most of that time he says he would have gotten back together with her if she gave him the chance -- but he settles for the uncommitted sex. When she mentions how "perfect" the arrangement is, he says, "I actually agree, knowing that I'm lying."

As with any human relationship, there are often ulterior motives, and layers of delusion and deception. (Yikes, I sound cynical.) Elliott tells me he's had to stop hooking up with certain friends "because it became really dramatic." He says, "I thought we were doing something casual and it wasn't something casual in their mind, or they weren't being open about how serious it was to them and I was kind of caught off-guard. You have to be really skeptical when somebody tells you that it's OK with them, because a lot of times it's not OK with them." Tom, a 37-year-old teacher in Arizona, writes in an e-mail, "The only experience I've had with the whole 'friends with benefits' thing is a woman who in her desperation to have a relationship with me, threw that option out there as a way to keep us together." He didn't trust her, though, so he ultimately stayed away, despite the supposedly impossible-to-refuse offer of unattached sex.

My friend Adam, in his late 20s and married, told me about a "friend with benefits" in college who "constantly smelled like cigarettes and had really weird looking thumbs." He wrote to me, "We'd watch 'Jeopardy' and 'Seinfeld' together each night. First time we slept together it was after the one where Jerry and Elaine decided to do so. Of course it'd work out -- look at them! Sigh. We were 19." Despite the casual pretense, it turns out she wanted it to turn into something more. That's a common experience. As a 26-year-old woman said in an e-mail, "It's fun at first, but of course my emotions got jerked around (which was totally my fault)," she said. "Why I thought something serious would evolve still makes my mind pull a blank."

Only, it's a reasonable possibility in today's no-rules dating world, where things often start out with sex and transform into a relationship over time. It's also true that, rare as they may be, those real-life Hollywood endings do exist: Gretchen, a 26-year-old in Cambridge, Mass., wrote me in an e-mail, "I used to have a 'friends with benefits' relationship with my best friend. One night he called me at 3 a.m. and said, 'I think we should be dating.' I hung up. A week later, we started dating; 11 months later we were engaged. Now we're in the middle of planning a wedding and trying to make up a better 'How We Met' story for our wedding website."

The flip side of that: friendships that are destroyed. Aaron, a 29-year-old living in Southern California, tells me that he recently slept with his best friend. "I was apprehensive about it because I didn't want it to change our friendship and she said that it wouldn't," he says. Ah, but it did. "She really was one of my favorite people and I thought we had an indomitable connection, but I guess not. I've been in several serious relationships in the past 10 years, and they were all difficult in their own ways, but none of them knocked me on my ass like this one did."

Given the high stakes, why do we do it? As my former "friend fling" said: "Because the idea of sex without consequences is the most awesome thing on the planet." He waxes poetic about the appeal: "It's that delicious, delicious mixture of freedom and dependability. You have somebody you can rely on, you have a safety net, you have somebody you can call when you're lonely -- but you have none of the consequences. You get to not commit but still kinda be committed." Non-committal commitment, if you will.

It isn't that every generation thinks it's invented sex so much as a better way of doing it -- like you can remove the messiness from human intimacy. No strings, no attachment, no complications! "Friends with benefits" situations seem a solution to negotiating companionship and pleasure amid any number of inconvenient, complicated scenarios -- from an all-consuming career to a personal crisis to a drinking problem to a fear of intimacy to good old-fashioned loneliness. But these friendly hookups aren't actually new: I'm living proof, seeing as in the late '70s my free-loving parents were just friends who slept together -- until things got complicated and they fell in love.