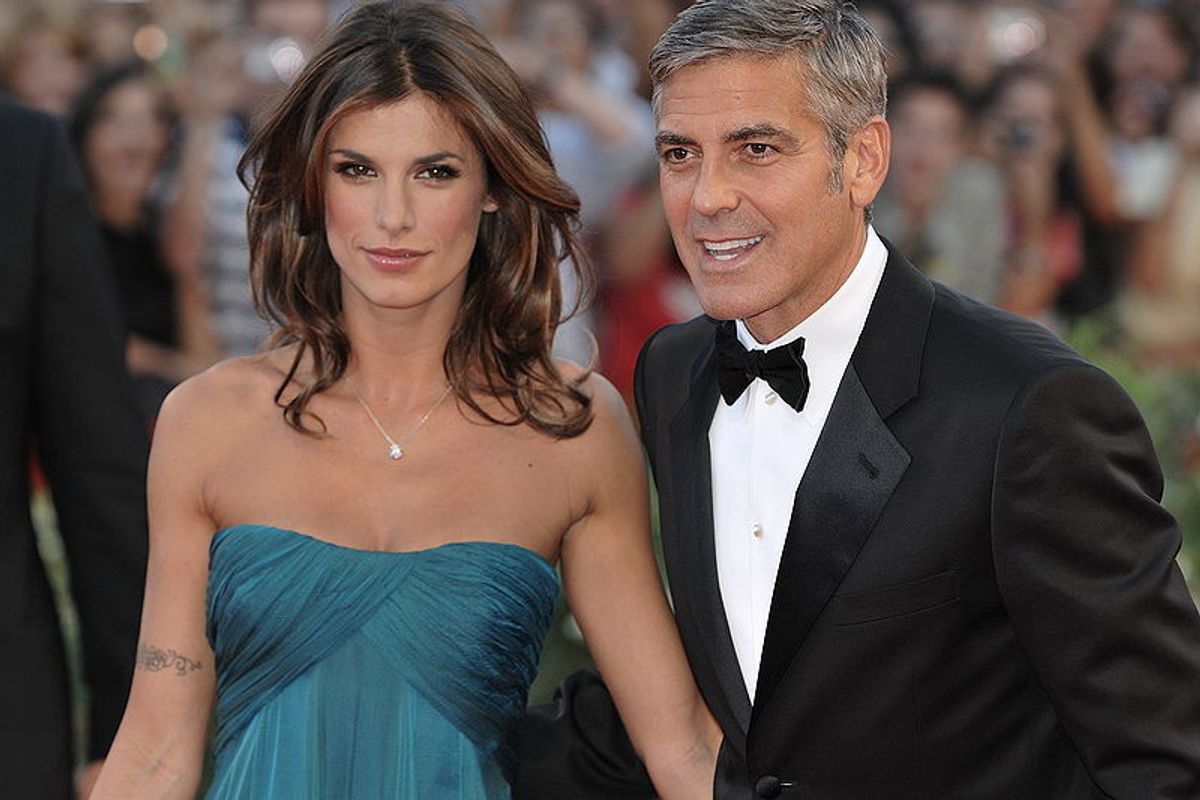 It is a truth universally acknowledged that an internationally famous movie star, in possession of an Academy Award, numerous accolades as the Sexiest Man Alive and a reputation as the handsomest humanitarian to ever contract malaria, must be in want of a wife. Unless he's George Clooney.

Appearing on the already distinctively lively "Piers Morgan Tonight" show, the man for whom the tuxedo seems to have been invented unequivocally admitted his lack of interest in matrimony to his father, Morgan and the world. "I hate to blow your whole news story, but I was married," he said, alluding to the four-year marriage to actress Talia Balsam that ended in 1993. The actor, who described a recent trip to the Sudan in which he contracted malaria as "good fun," clearly harbors no similar sentiments about the institution of matrimony. "I gave it a shot," he shrugged, adding that his track record has "proven how good I was at it." Is that the sound of a million dreams dying?

Clooney's commitment to non-commitment isn't news – in 2007 his former costar Michelle Pfeiffer confessed he's wagered her $100,000 that he'll never wed again. And two years ago, he expressed admiration for his friend Brad Pitt's prodigious brood by saying: "I couldn't do what Brad and Angie are doing. I wouldn't have the patience or dedication you need to take care of a family. I admire those qualities in other people but it's not for me. If I need to surround myself with children and feel like I have this big extended family, I can always call Brad and Angie and ask them to stay with me, just to remind me why I'm so happy."

But the notion that the most irresistible man in the world has marital cold feet and zero paternal instincts doesn't sit right with everybody. How can an anguished populace make sense of this crazy news? Theories about what's really going on here abound. First, of course, faster than you can say, "He must be gay," Internet commenters have been chiming in that Clooney, who has dated Italian model Elisabetta Canalis for two years, must be gay. "I know agents in Hollywood who, in the strictest confidence insists that Clooney is gay," confided one CNN poster, while another on E! quickly surmised: "He is as gay as Rock Hudson. He's fooling no one."

Others can't make sense of his quitter attitude, like the commenter on Us who said, "I don't get his negative view of marriage. He has also failed at some movies yet he tries again." And then there are those who simply refuse to believe the man. At The Stir, writer Amy Boshnack opined, "We've heard so many other celebs (and regular folk) say they were never going to marry again, just to end up eating their words," and optimistically observing that " If [Howard] Stern can marry again, I think anyone can!" And E! blogger Bruna Nessif pep talked, "Oh, chin up Georgey! Practice makes perfect," while musing, "Can't help but wonder how Elisabetta is taking this news." Here's a kooky idea. Maybe he just doesn't want to get married. Maybe he doesn't want to have kids. In fact, that's the theory I'm going with.

The conventional expectation that human beings long to pair off, make it official, and reproduce -- even after previous attempts haven't exactly panned out -- certainly isn't far-fetched. The romantic dream of the "Happy Ending" is what fuels failure-riddled TV franchises like "The Bachelor," and makes guys like Jesse James keep walking down the aisle again and again and again.

So for Clooney to own up that the "shot" he gave marriage was sufficient for one lifetime -- and the implication that such a view would be tenable for his gorgeous, 32-year-old girlfriend -- flies in the face of all that makes up the often messy, complicated Vows section of the Times compelling. Love without marriage and baby carriage? Does. Not. Compute. And coming just days after that other rich, famous, so altar-shy-she's-got-to-be-gay humanitarian Oprah Winfrey similarly told Piers Morgan that "I'm not getting married," it would seem that asserting that one is not tying the knot is rapidly becoming the running revelatory theme of Morgan's new show.

But as Clooney's and Winfrey's statements – and the experience of plenty of contentedly unwed and divorced individuals -- bear out, saying that you don't give a nuptial damn is rarely the end of the speculation. Nosy aunts will always want to know where this thing with this new girlfriend is going, catty co-workers will always conflate a lack of desire for a gold band with a serious case of suppressed homosexuality. Yet gay people do get married. Straight people have lasting, loving relationships without clergy. People form families with or without a Pottery Barn registry. And somehow the institution of marriage still thrives, even without Batman's endorsement.

Perhaps it's because as Oprah says, "I want to make you a meal when I want to make you a meal. I don't want it to be my responsibility to make you a meal." Or it's because as a twice-divorced friend puts it: "I'll have lovers. I'd like a partner. But husbands? I'm done." Whatever the reason or reasons for one's intimate life choices, surely being upfront about them beats the hell out of pretending you're just waiting for "the right one" to come along to make it legal. Being single is not the default until one strolls down the aisle. For many, like Clooney, it's the destination. And sometimes, even if nobody believes you, you just have to stand before the world and say, "I don't."