Alleged shooter faces federal charges for attempting to assassinate Rep. Giffords and to murder two of her aides 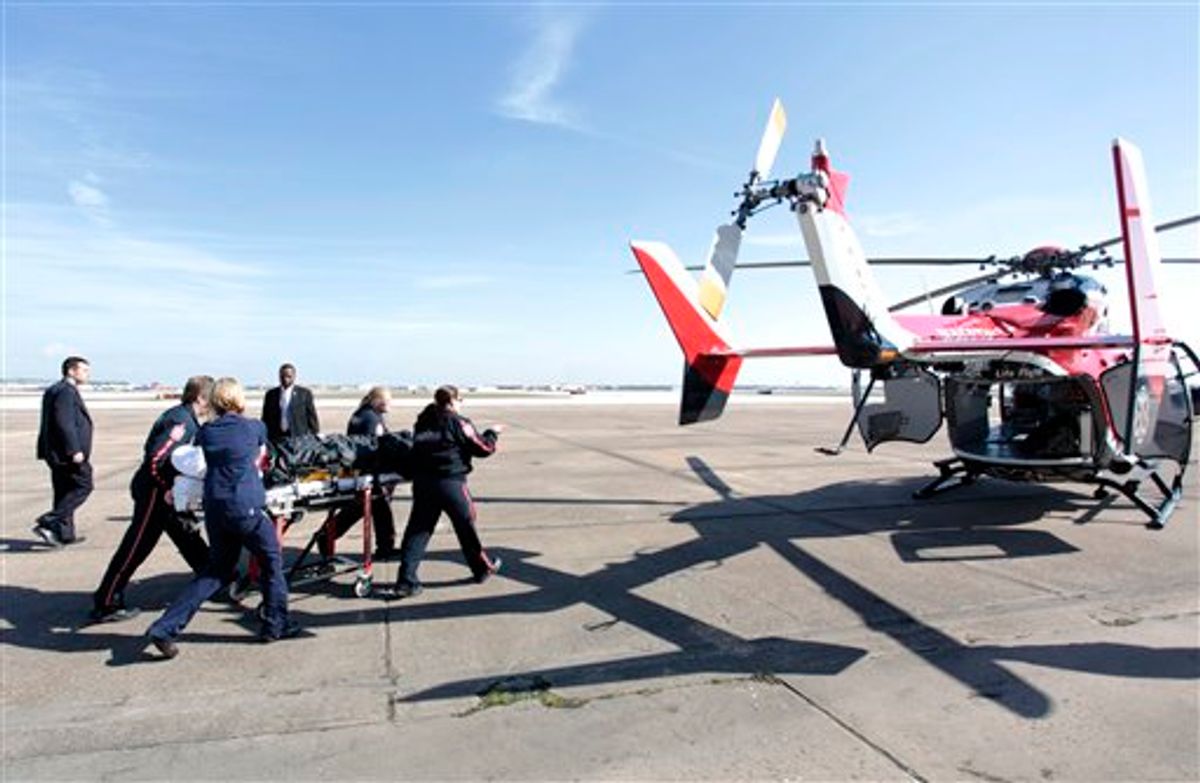 In this Jan. 21, 2011 photo released by the office of Rep. Gabrielle Giffords, D-Ariz., Rep. Giffords is moved toward a waiting helicopter after arriving in Houston. Giffords, who is recovering from a gunshot wound to the head was transferred to a Houston rehabilitation center. (AP Photo/Office of Rep. Giffords, F. Carter Smith) MANDATORY CREDIT (AP)
--

Wearing his characteristicly creepy grin, the man accused of carrying out the mass shooting in Tucson pleaded not guilty Monday to charges he tried to kill Rep. Gabrielle Giffords and two of her aides.

The plea by Jared Lee Loughner marked his second court appearance since he allegedly shot the congresswoman and 18 others at Giffords' meet-and-greet event on Jan. 8 outside a grocery store in Tucson. Six people died, and 13 others were wounded.

Loughner faces federal charges of trying to assassinate Giffords and attempting to murder two of her aides. He will later face state charges dealing with other victims.

U.S. District Judge Larry Burns of San Diego asked Loughner attorney Judy Clarke whether there was any question about her client's abilities to understand the case against him.

"We are not raising any issues at this time," Clarke said.

Investigators have said Loughner was mentally disturbed and acting increasingly erratic in the weeks leading up to the shooting. If he pleads not guilty by reason insanity and is successful, he could avoid the death penalty and be sent to a mental health facility instead of prison.

ABC News reconstructed the events of Jan. 8 that led to six people dead and 19 injured: