The most cowardly act of a retiring politician 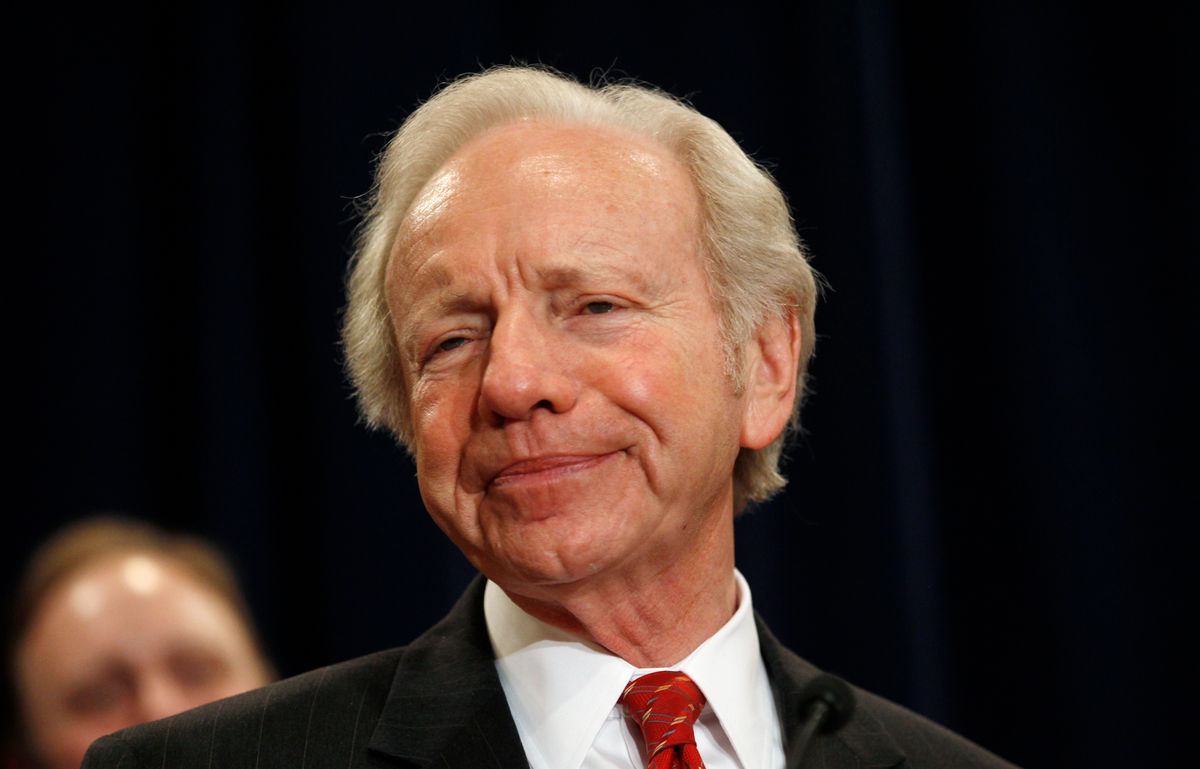 U.S. Senator Joe Lieberman of Connecticut pauses during his remarks at a news conference in Stamford, Connecticut January 19, 2011 where he announced that he will not seek re-election next year. Lieberman, 68, the 2000 Democratic vice presidential nominee who crossed the political aisle to back Republican John McCain in 2008 White House race, bolted the Democratic party to become an independent five years ago but still often sides with his old party. REUTERS/Mike Segar (UNITED STATES - Tags: POLITICS) (Reuters)
--

Chris Dodd was facing near-certain defeat when he pulled the plug on his Senate reelection bid early last year, and to his credit he didn't try to pretend otherwise.

"I'm very aware of my present political standing," he said in announcing his decision to retire. I was reminded of his unusually -- and refreshingly -- candid statement this morning, when Taegan Goddard flagged comments made by Joe Lieberman and Kay Bailey Hutchison, both of whom recently announced retirement plans of their own, on Sunday's "This Week":

"I believed I would have won re-election. Obviously, it would have been a tough campaign. But, you know, as I said, so what else is new?"

Both of them, of course, are full of it. Yes, it's possible that some way, somehow either of them might have won if they'd toughed it out. But they both would have been prohibitive underdogs and both were facing their grim political realities in their home states that they had never before confronted. To pretend that these realities had nothing to do with their decisions to walk away strains credulity.

Lieberman's logic is particularly annoying: "Obviously, it would have been a tough campaign. But, you know, as I said, so what else is new?" In other words, I survived a tough one in 2006, so why wouldn't I be able to do it again? This may sound compelling on the surface, but there are actually significant differences between now and 2006 -- and between now and any other point in Lieberman's political career.

Back in '06, when he lost the Democratic primary to Ned Lamont only to wage a successful third party effort in the fall, Lieberman had only lost the faith of his own party; his standing was still quite strong with Connecticut's independent voters. And Republicans, who didn't initially think Lieberman was vulnerable in his primary, didn't bother to field a serious candidate. Thus, Lieberman was able to run in the general election as the de facto Republican candidate -- every major Republican office-holder in the stat endorsed him -- and to supplement that GOP base with strong support from independents. But this is no longer the case. Lieberman is now broadly unpopular not just with Democrats but with independents, too. And Republicans have made it clear that they won't be caught off-guard this time around. In 2012, there will be a real GOP candidate for the Senate in Connecticut. Thus, Lieberman was out of options.

Hutchison wasn't in much better shape in Texas, where a poll earlier this fall found that nearly two in three Republicans were ready to vote against her in a '12 primary. Her standing with her party eroded during her disastrous primary challenge to Gov. Rick Perry last year. Perry ran hard to the right and pilloried Hutchison for her support of TARP. She made things worse for herself by going back on a pledge to resign her Senate seat during the race. Her odds of winning a Republican primary in 2012 were slim.

Of course, Lieberman and Hutchison are hardly the first retiring senators to deny the obvious. Politicians who decline to seek reelection -- or who back out after flirting with campaigns for higher office -- have been playing this same game for years.

I still remember interviewing Robert Torricelli a few years after he left the Senate. The Torch, in case you've forgotten, who was "severely admonished" by his Senate colleagues for taking expensive gifts from a campaign donor (who also claimed to have plied Torricelli with cash). With polls showing Torricelli falling more than 10 points behind his Republican opponent, panicked Democrats pressured him to quit his 2002 reelection race, and just five weeks before Election Day, he finally did. (The ploy worked: Frank Lautenberg, who gave up a miserable two-year retirement from the Senate, replaced him and easily won in November.) But when I asked Torricelli about this episode in December 2004, he played dumb and insisted that he'd been on his way to winning a second-term when he'd dropped out.  I was just tired of the media's unfair treatment of him, he claimed.

I understand the human impulse that leads politicians to say things like this. But what I wonder is whether anyone ever actually believes them when they say it. Do Lieberman and Hutchison feel that by going on the record now with claims that they could have easily won history, some journalist or historian of the future will be fooled? Or are they actually fooling most people right now, and it's only a small group of political observers and insiders who actually grasp the severity of their political problems? Or are they just too proud to admit that they are no longer as popular as they once were?

When Dodd stood down last year, he noted that "there's nothing more pathetic, in my view, than a politician who announces they're only leaving public life to spend more time with their family." He has a point, but I'd say the politician who pretends he or she wasn't scared of losing is even more pathetic.