Police under siege: A surge in gunfire on the job

A spike in officer shootings and a continued increase in gun sales begs for a connection, but is there one? 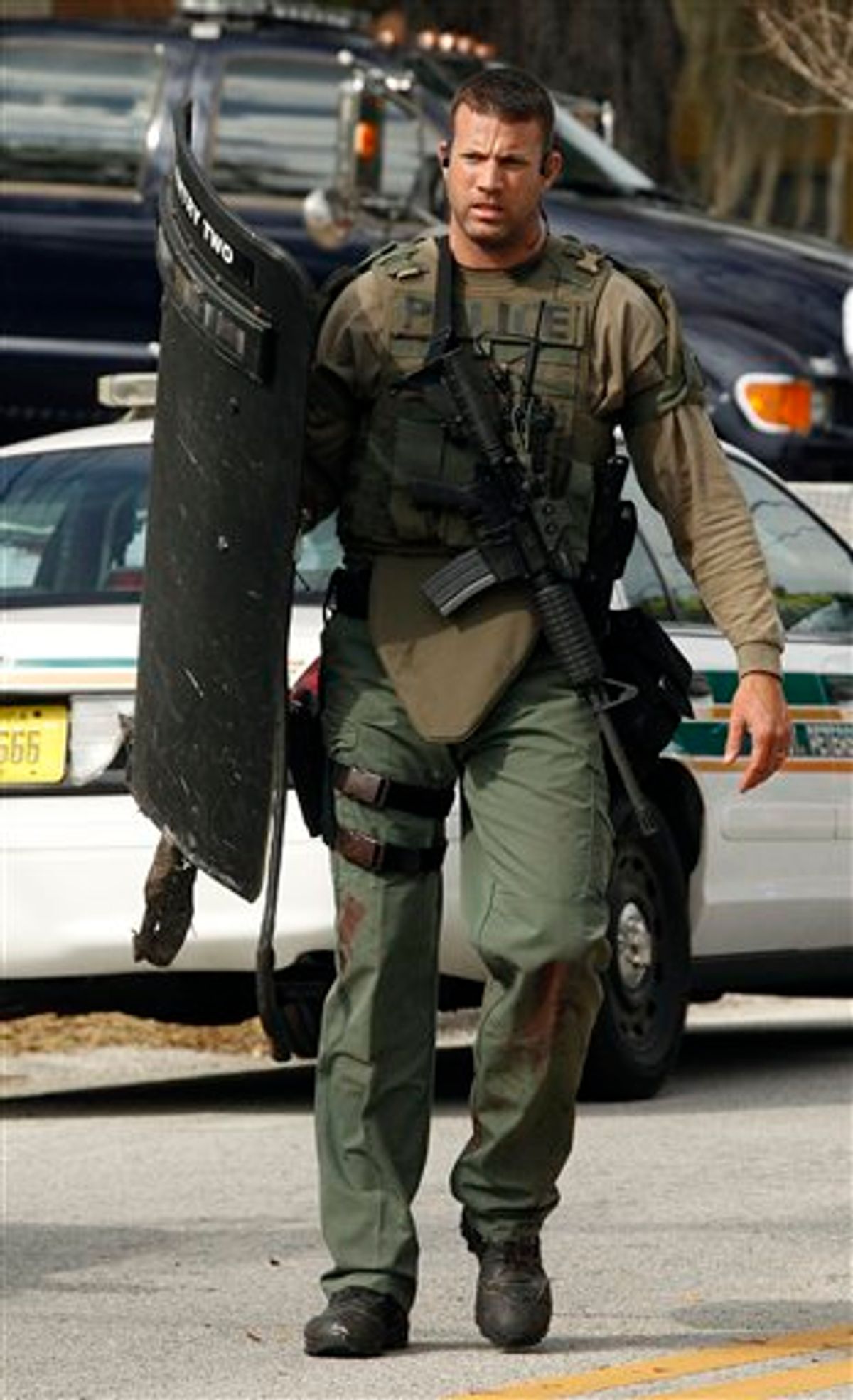 Type “police shooting” into Google News and the search results read like a memorial list of the nation’s finest. Indeed, the past week has revealed a geographically indiscriminate trend in violence against police that spans the entire country. With the Arizona massacre still tugging a sensitive wake and gun sales surging, what does it all mean?

The most recent police shooting occurred Monday morning in St. Petersburg, Florida, where two officers were killed while serving a U.S. marshal’s warrant.

In another incident on Sunday evening, an officer stopped an SUV for speeding in Lincoln City, Oregon, before the driver unloaded numerous shots that left the patrolman in critical condition.

Also on Sunday, an Indianapolis  police officer was shot twice in the face and once in the thigh during a routine traffic stop. Officer David Moore remains in a coma while investigators probe 60-yr-old suspect Thomas Hardy.

These are, sadly, just to name a few.

It is inarguable that the job is a dangerous one, but police officers seem to be fighting an uphill battle that’s proved particularly steep in 2010 (and now 2011). The Uniform Crime Report posted that on-duty officer deaths fell in both 2008 and 2009. But in 2010, policemen killed on the job rose by nearly 40 percent, the greatest increase since 1974.

The four attacks since Sunday have increased the number of police deaths in 2011 to 14. So far this year, there have been four more deaths by gunfire than in January of last year. Though hardly a month’s worth of data, this new year seems to be continuing the unfortunate trend of police attacks.

And we still have about a week to go.

With such prominent gun violence, it’s easy to hail accusations about how an increased sale of firearms is fueling the trend. And yes, the sale of guns has swelled in the past couple of years. Between 2008 and 2009, the number of background checks -- the measurement used to federally track gun sales -- rose by ten percent, according to the FBI's National Instant Criminal Background Check System (NICS). In 2010 there was still an increase, though to a much lesser degree, at just under three percent.

In fact, you can draw an inverse correlation between police violence and gun sales. Police violence was down by a lot in 2008 and 2009, precisely at a time when firearm sales soared. And when attacks on officers spiked in 2010, gun purchases saw the smallest increase since 2004.

Then there’s the fact that Glock semi-automatic pistols -- the same brand used by Jared Loughner in Tuscon -- flew off the shelves just days after Loughner opened fire on January 8. Sales rose, according to gun-shop owner Greg Wolff, because “people get worried that the government is going to ban stuff.”

Three officers -- two in Miami and one in Cleveland -- were shot with Glock semi-automatic weapons in the past two weeks.

Did the Tuscon shootings have anything to do with the spike in police violence? (Remember the "correlation does not necessarily mean causation" rule.) But there is a disturbing trend and an increasingly pressing need to revisit the conversation on gun control, an issue on which Obama has been deafeningly silent.