In order to stay competitive, America needs to invest in its human capital 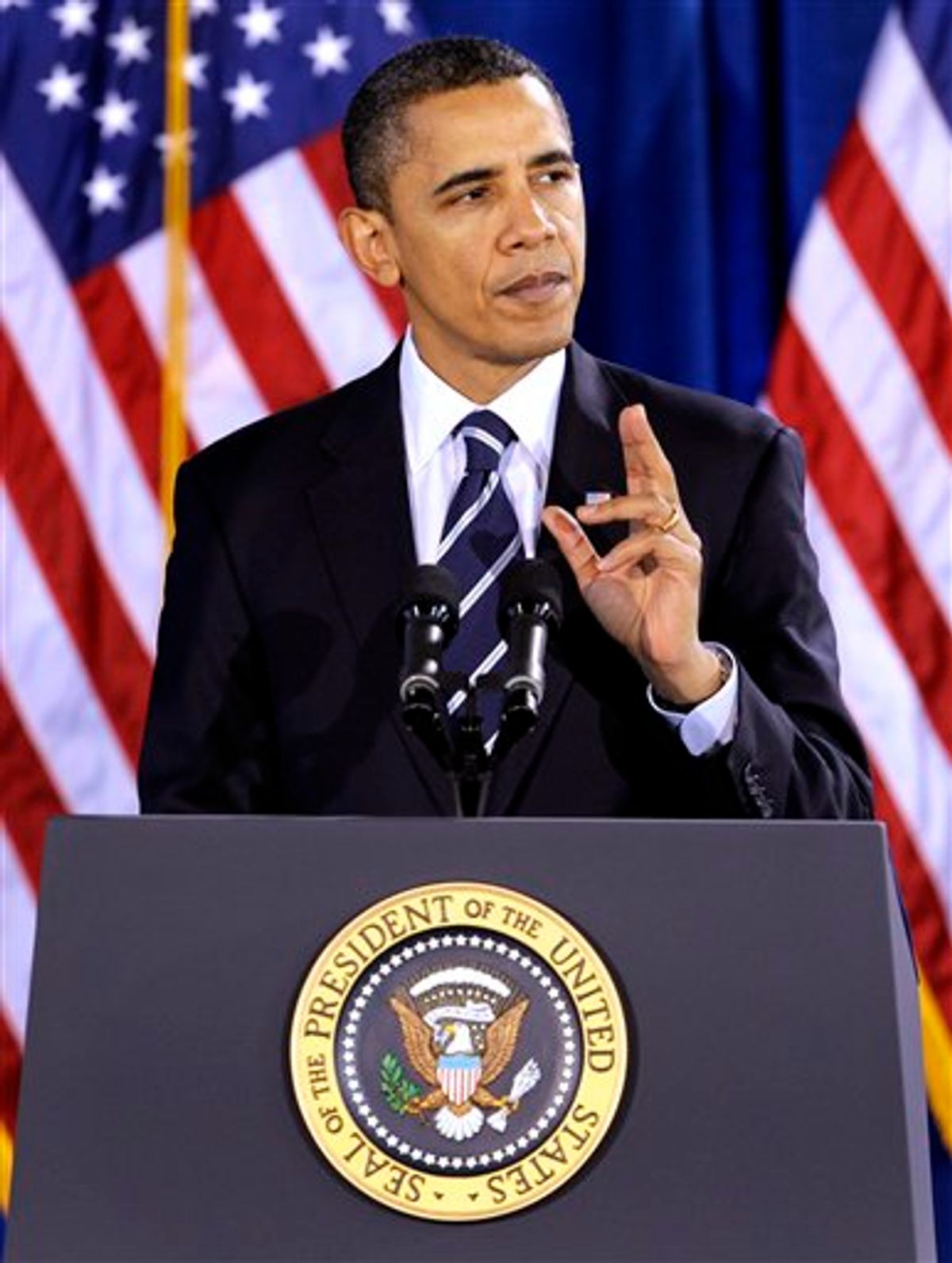 FILE - In this Dec. 6, 2010, file photo President Barack Obama, visiting Forsyth Technical Community College in Winston-Salem, N.C., speaks about the key to boosting American competitiveness, that it rests in the nation's willingness to invest in a more educated workforce, a deeper commitment to research and technology, and improvements in infrastructure, from roads and airports to high-speed internet. Under pressure to boost the economy the same message will likely be at the center of his State of the Union address Tuesday, Jan. 25. (AP Photo/Chuck Burton, File) (AP)
--

Word has it that the president will be emphasizing "improving American competitiveness" in his State of the Union address Tuesday night. As I've noted, the term is meaningless, but it's politically useful. CEOs and many conservatives think it means improving the profitability of American companies. Liberals and labor unions think it means increasing export jobs.

Neither touches at the heart of the matter. Hopefully, the president will. Over the long term, the only way to improve the living standards of most Americans is to invest in our people, especially their educations, skills and the communications and transportation systems linking them together and with the rest of the world (infrastructure).

In the global economy, the only "asset" that's unique to any nation -- and that determines its living standard -- is the people who comprise it. Almost everything else moves across global boundaries at the speed of an electronic impulse. (Money is available to any major business from anywhere around the world. Any entrepreneur can rent or purchase additional office or factory capacity, and the most up-to-date machinery, instantly from anywhere. Commodities, supplies and components can be summoned almost as quickly from anywhere.)

That's why spending on education, infrastructure and basic R&D (which educates our people in the technologies and processes of the future) is fundamentally different from other categories of government spending. These outlays are really investments in the future productivity of our people.

Here's where the debate over the deficit comes in. If the federal budget were organized sanely, it would be divided into three parts: 1) past obligations, 2) current needs, 3) future investments.

Past obligations reflect payments Americans have made over the course of their lives in the expectation of receiving social insurance (mostly Social Security and Medicare) when they retire. These past obligations need to be honored because they're based on implicit contracts between the public and the government. If such contracts are to be altered, they should be altered only for future generations who haven't yet entered into them.

Current needs reflect everything we want today in order to remain safe and healthy (from national defense through Medicaid). The current needs budget should be balanced each year. It's appropriate that we pay for all our current needs through our current taxes.

In fact, borrowing in order to increase future productivity is sensible, up to the point where the return on the investment is no longer higher than the cost (principal plus interest) of the loan.

Ideally, the federal budget would be divided along these lines: past, present and future. And the future, or "capital," budget (containing spending on education, infrastructure and basic R&D) would be separated from the rest, with its own system for "scoring" -- that is, evaluating -- whether the likely return is worth the cost. It won't be an easy call in every case, of course, but the Congressional Budget Office and the OMB take on much harder ones.

Who knows? The president may even propose something like this tomorrow night.