The "30 Rock" star isn't making the move to MSNBC, after all -- but it's a big mistake. And here's the video proof 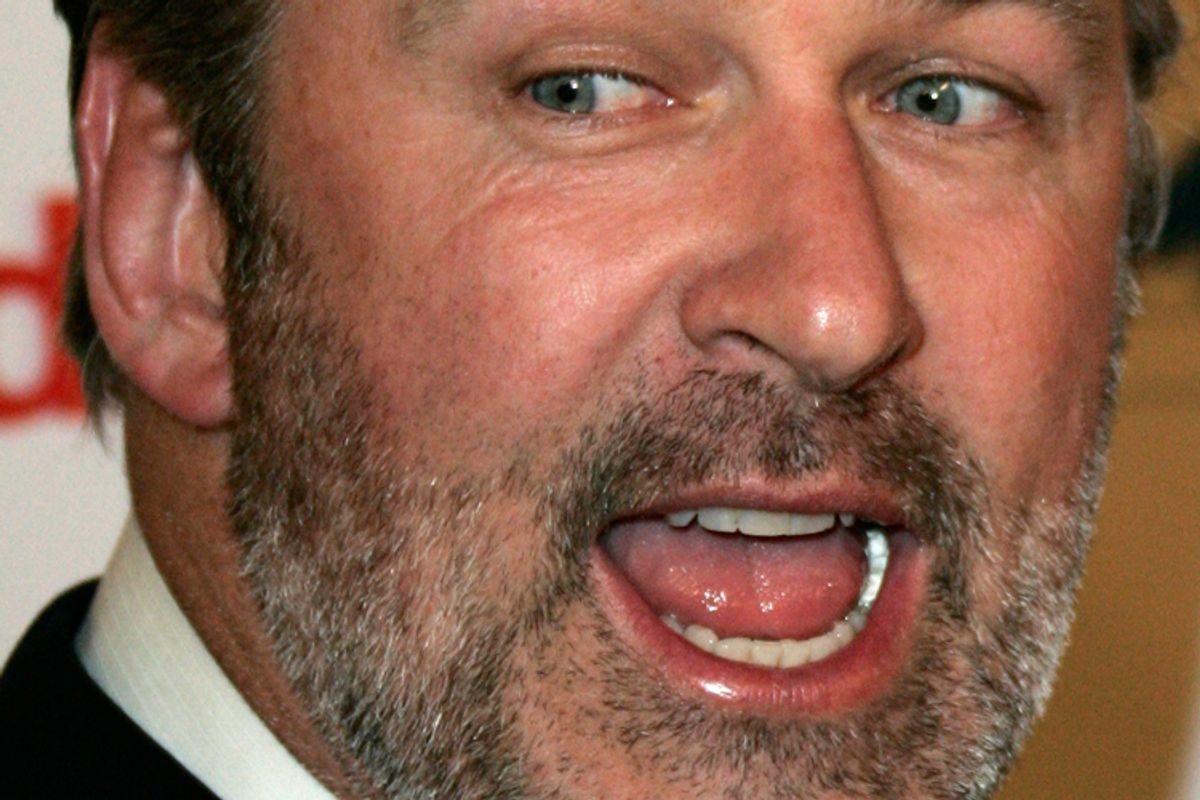 When rumors began swirling this week that MSNBC was looking to replace temperamental lefty dreamboat blowhard Keith Olbermann with temperamental lefty dreamboat blowhard Alec Baldwin, it seemed too nutty to be true. Baldwin is a beloved comic actor, not a cable TV talking head, for pity's sake. Today, a spokesperson for NBC confirmed that the rumors were untrue, but that doesn't mean that it shouldn't happen -- like Olbermann, Baldwin has a magnetic television presence, a flair for getting attention, and a distinctive way with words. He may not possess Olbermann's glasses or gravitas, but has Keith ever done a spot on Charles Nelson Reilly? "30 Rock" can't last forever. And the elite liberal media needs a new wacko pundit of its own. Need further proof that Baldwin could be the greatest crazy thing to happen to cable since public access? Let us count down the ways.