Leave the mistresses at Davos alone 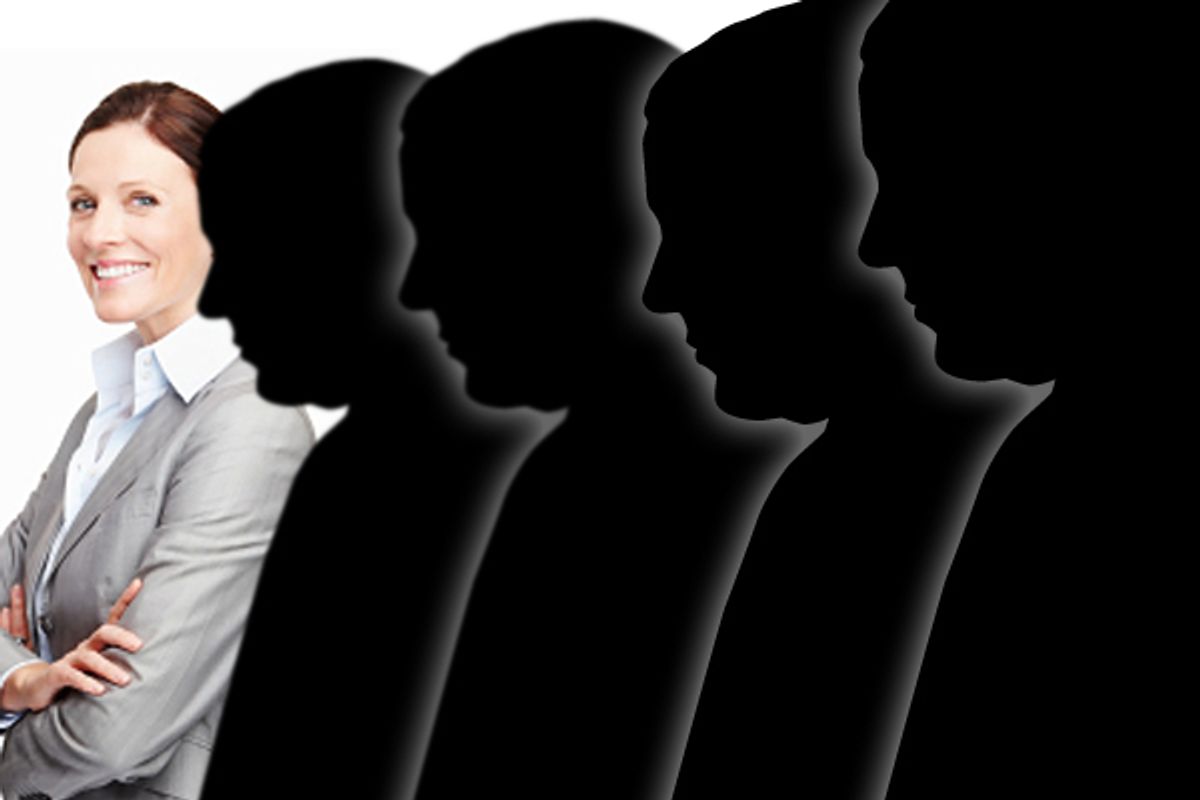 Davos: a tiny Swiss ski town where the global elite assemble once a winter for the World Economic Forum. The rulers of the free world (as well as the not-so-free world) wear tailored suits, woven ties, blingy watches and confident countenances as they talk about their eliteness. Also: economics, dominance, hegemony and sometimes even poverty.

It's evidently quite a charade as those accustomed to being the most powerful brush shoulders with -- and presumably try to impress -- the even more powerful. Men start their days with ski runs leading into working breakfasts followed by hours of handshaking. Then come dinner engagements, VIP cocktail parties and after-hours affairs. As any group photo will show you, this group of power brokers is a bit of a boys' club, and Davos is their clubhouse.

So where are the women?

Well, here's one answer: Anya Schiffrin, wife of Nobel laureate Joseph Stiglitz and Davos attendee, wrote an account of wives cowering in quiet corners behind their husbands and looking supportive. Her entertaining account identifies two other hierarchies of women: the mistresses and the wannabe mistresses. The former are acknowledged as nothing more than objects of affection, items of entertainment, invited to the forum "under a variety of guises" and often left behind for important events. The latter? They "prowl the streets hoping to snare their prey ... the worst enemies of the Davos Mistress."

The story of mistresses at Davos is not a new one, although the Internet devoured Schiffrin's very bloggable angle. Just look at the headlines.

Any opportunity to use the word "sharp-clawed" is great link bait, but how about a real discussion around women's role among the megapowerful? Should Davos be an occasion to start a global conversation about women in the workforce instead of the obvious cheap tweets that gawk at some allure of tycoons and their minions?

But that's not what you see on blogs today. New York magazine's Daily Intel blog ignored the gender question with its punch line, "There's no problem a gay man can't solve." Jezebel is thankful Schiffrin felt some solidarity in the entire group of left-out women but focused on the oh-my-gosh mistress angle. The Atlantic Wire basically blockquoted the whole column, but at least linked back to the real issue at hand: gender representation in leadership.

For the first time this year, the World Economic Forum initiated a policy of gender quotas by requiring corporate partners to reserve at least one spot out of the five allotted for a woman. Women have never accounted for more than 17 percent of the delegate pool, and that's pretty good considering less than 3 percent of chief executives at the world's largest corporations are women.

In a smart column mixing the mistress angle with the gender matters approach, the Washington Post's Ruth Marcus brings up the somewhat ironic existence of the World Economic Forum's Global Gender Gap Index. (It's ironic that such a gender-imbalanced organization creates a Global Gender Gap Index, right?) The index ranks economies based on the four areas of gender equality: economic participation, educational attainment, political empowerment, and health and survival. As with many lists of this nature -- others being quality of life, education, access to healthcare, furniture design, etc. -- Northern Europe dominates. Iceland has held the No. 1 spot for the past two years followed by Finland and Norway. The United States just barely broke into the top 20 this year -- well behind Sri Lanka, the Philippines, and the Kingdom of Lesotho. (We had to Wikipedia that last one, too.)

We can shake our fists at sex scandals all day long, but let's rethink the tone on covering the conference. As the Guardian's Madeleine Bunting wrote this morning: "women's rights are in danger of becoming a wordfest." This applies to both the U.N.'s dealing with the issue on a global scale and how we think about women's role in our own society.