When my car was the safest place to live

I fought my way back from being homeless. But I understand men like Ted Williams, who just can't seem to leave it 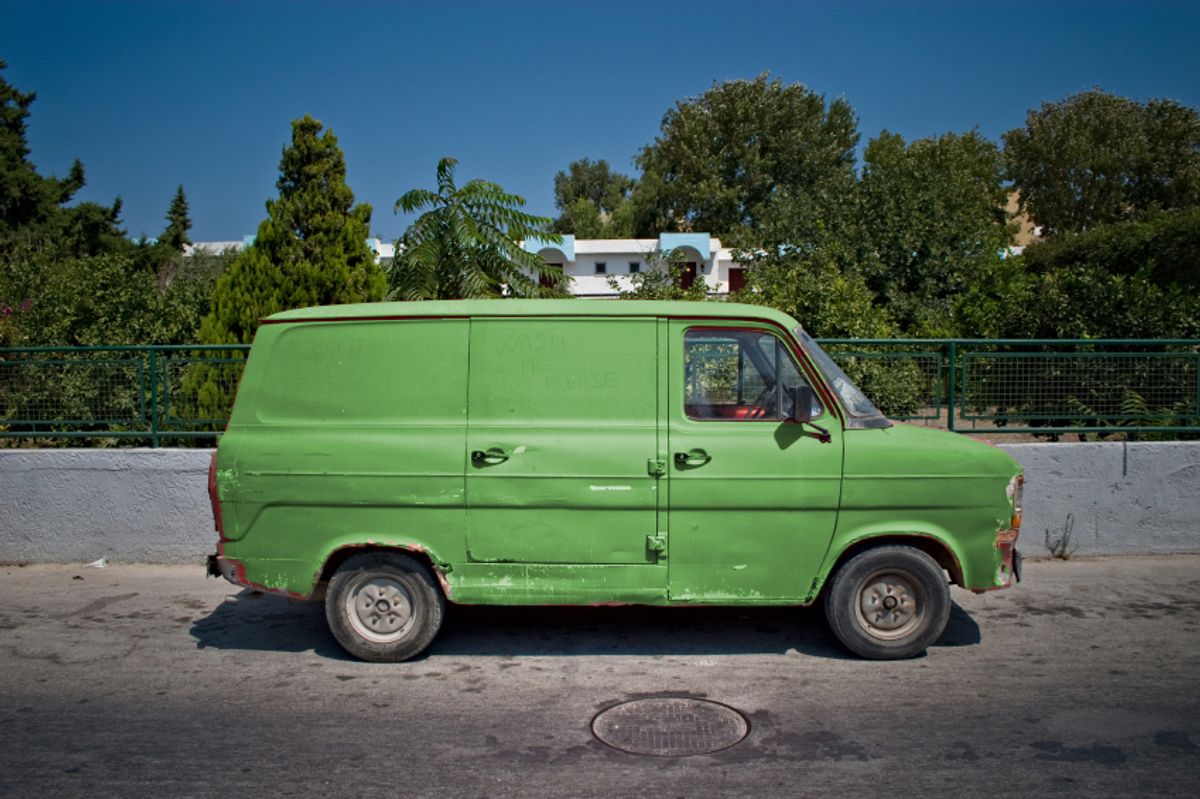 I still sleep in my van in a Walmart parking lot from time to time. It's one of the few things I miss about being homeless: the feeling of being anonymous, of being invisible to the demands of my life. I like to slip back inside when it rains, usually in the spring or fall, when it's not too hot or too cold. I snuggle into my sleeping bag at the back of the van, listen to the sound of rain hitting the roof and my dog snoring at my feet.

When Ted Williams, "the homeless man with the golden voice," fled rehab on Monday I wanted to get in the van and drive to Walmart to spend the night in the cold in solidarity. But I didn’t. It's bitterly cold here in Virginia. Crime is up. The van is drafty, and besides, I like my bathroom and the shower I now can call my own. But the lure of the streets is there, and I understand Williams' desire to run.

For those who haven't been homeless or addicted, Williams' flight from rehab is baffling. He more or less won the life lottery. So why did he blow it by walking away?

Well, it's not about the money. Thousands of alcoholics and addicts walk away from jobs, family, fortunes and seemingly stable lives every day. It is the nature of addiction. It is the nature of being human. Most addicts walk away from rehab, for that matter, or go through several cycles of rehab before being clean and sober finally sticks. What people don't realize about Ted is that he's not failing. He's right on track. He's just caught in the cycle of addiction: He believes the only way to alleviate the pain he's feeling is to use the drug that hurts him. And make no mistake: Withdrawal brings pain. Once the fog of drugs and booze clears, Williams has to face what he's lost: the years, the life, the relationships tossed, squandered or destroyed.

My pain was the death of my abusive father in February 2006. A month after he died from brain cancer I walked away from a new job making $50,000 a year as the editor of a small-town newspaper outside Steamboat Springs, Colo. My life was good. I was making more money than I ever had in my life. I loved where I was living. I loved the future. What I couldn't handle was the pain.

I'd been estranged from my father for 15 years when I learned he was terminally ill. We had a bittersweet reunion before he died; he finally told me for the first time in my life that he loved me. But when he died, the hurt was atomic. He was a man who had physically molested and beat me most of my life, a man who had emotionally devastated me. His death should have been a relief, but it wasn't. Not only was the monster I feared gone, so was the fantasy that he had changed, that he'd return and love me as a daughter. The fragile hope of a potentially healthy relationship that had just begun was crushed with his passing.

So I quit my job, bought a used van and took to the road to grieve and to escape. The only thing he ever regretted, he'd said, was that he never got to travel. So I would travel for him, for me. I wouldn't have that regret myself. And in being on the open road I'd feel closer to him. What began as an adventure turned into a nightmare. My freelance jobs ended and I took a series of minimum-wage jobs with a temp agency. I was living in the van, and by all accounts of the powers that be, I was homeless. For almost 18 months I sweated in 110 temps that baked the van, or single-digit temps that literally froze the tires to the pavement. I changed where I parked every night to avoid my biggest fear: hassles from the police. If I couldn't find an open bathroom at a gas station or a Walmart, I had a 5-gallon bucket filled with plastic bags that doubled as a toilet. I ate tuna and ramen when I had money, and drank lots of water when I didn't. I worked full-time, but money was spent on repairing the van and gas.

Like Williams', my luck turned around suddenly and somewhat unexpectedly. My salvation, and the thing that eventually got me off the streets and into an apartment, came from an online reality show I entered. The show asked viewers to write in and explain why they needed new electronics in their home. Most viewers asked for big-screen televisions. I asked for a laptop. They liked my pitch, selected my story, flew out from New York, shot the show and then gave me a laptop computer. They added a bonus, a smart cellphone with a year's worth of service. That laptop and phone would later prove instrumental to my getting off the streets and back into journalism. It didn't happen overnight. It wasn't easy. And even once I was off the streets I relapsed too, just like Williams.

It's not that the van was comfortable. It was an empty metal shell, painted six shades of green, that I promptly named "booger," for the obvious reason. I slept on a cot with a 1-inch foam mattress on top. A piece of plywood was the floor. It must be, I told myself, what the inside of an Easy-Bake oven feels like. The metal walls frosted in the winter, radiated heat in the summer. I covered the windows with adhesive shelf lining.

But there is safety in being invisible. No one expects anything. You're living the life you believe you deserve. No matter how you ended up on the street, a part of you believes you deserve it somehow. Stay on the street long enough and your self-esteem bottoms out. You begin to say you want out, but the reality is that the demands of a job, a schedule, are daunting. As hard as life on the streets becomes, a part of you enjoys the simplicity. Days become a blur and you become numb. And being numb from the pain is almost as much of a high as being numb from the bottle or the needle.

For some bizarre reason the kinder a stranger is to you, the more pain you feel. There is shame in feeling unworthy and in not measuring up to others' expectations. It's an awful dynamic: The greater the support of others, the more panicked you become. The more someone says, "You rock!" the more you feel like a fraud. The chasm between their reality of who you are and your distorted self-perception becomes too great. So the pain returns in force and so does the need to stop the pain in whatever way possible. I'm not surprised Williams left rehab. Rehab helps, but as odd as it sounds, the emotional pain is often sharper, deeper and darker when people care about us than when they don't. If you have never been loved for who you really are, you don't know what to do with that kind of love other than run from it.

I kept running, too. The next few years were a bumpy road back to life. I got another job in journalism and won a major journalism award. I moved back into an apartment. I won a contest for an all-expense-paid trip to England to TED Global. And out of that came an offer to submit a story to tell on the TED stage. After the excitement of the news, I began to freak out. Was I worthy? Surely there were others better than I. There must have been a mistake. Others had suffered more than I. Why was I chosen? The enormousness of it all was overwhelming. I started to choke.

I crawled into the back of my van, where I had since constructed a platform and had a real full-size mattress, insulated walls and a linoleum floor. Subtle or not, I was making the van a real home. I wrote my speech from there. I practiced, revised and wept over it there. And then when I returned from England I drove home from the airport and I stopped an hour out of D.C., pulled off on the side of the road, crawled into the back of the van and cried from the stress and the relief as the rain fell down. The van is my go-to place when I'm scared. The bottle is the go-to place for Williams. Other people run to shopping, to eating, to sex, to drugs.

But we all run. It's just part of our journey.

Becky Blanton is a ghostwriter and freelancer living outside Richmond, VA. She is currently an assistant editor at Airstream Life Magazine, and blogs about homelessness and poverty issues for Change.org. Her story from Wal-Mart to TED video can be found on her blog or on the TED website. She still has the '75 Chevy van she lived in.