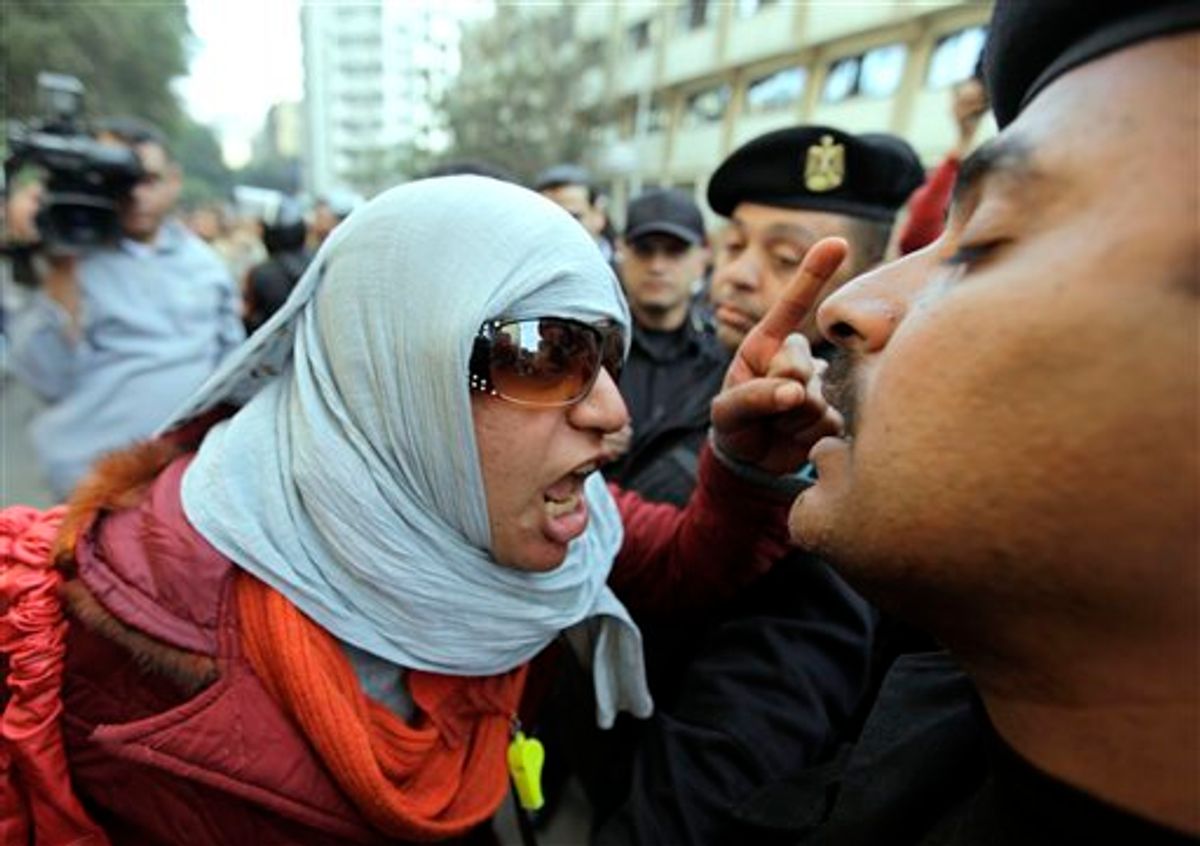 Angery Egyptian activist shouts at anti-riot policemen who block the way leading to journalists syndicate in downtown Cairo, Egypt, Wednesday, Jan. 26, 2011. A small gathering of Egyptian anti-government activists tried to stage a second day of protests in Cairo Wednesday in defiance of a ban on any gatherings, but police quickly moved in and used force to disperse the group. (AP Photo/Ben Curtis) (AP)
--

Protests in Egypt continued today as demonstrators  voice their anger at the government of President Hosni Mubarak. Reports suggest that yesterday's protests were smaller and more scattered than on Tuesday. Meanwhile, news continues to surface that the government has been blocking access to social media sites such as Twitter and Facebook (although the latter disputed that charge). In the wake of the so-called Jasmine Revolution in Tunisia, many are speculating about the potential for change in Egypt and elsewhere across the region. (Demonstrations also erupted in Yemen on Thursday.) Secretary of State Hillary Clinton urged the Egyptian government to allow peaceful protests and answer calls for reform.

However, others have already noted that it might be premature to call the events in Egypt a revolution. Here's a breakdown of the issues at stake -- by the numbers:

Five reasons why Egypt won't be a repeat of Tunisia, according to Ahram Online:

Six significant (but perhaps not regime-ending) statistics related to the protests:

CORRECTION: This article originally listed the areas of Egypt and Tunisia in square feet instead of square miles, the correct unit of measurement.