The President has named Jay Carney, former Time editor, as the next White House press secretary 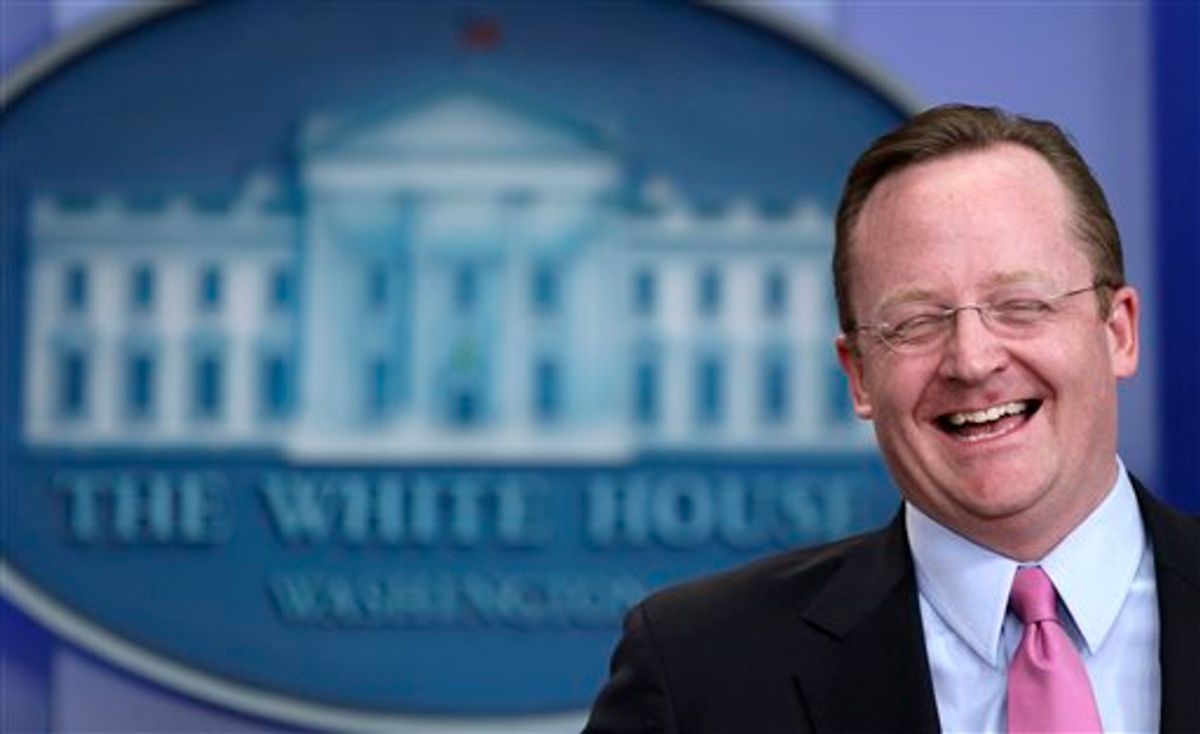 President Barack Obama has chosen Jay Carney, the communications chief to Vice President Joe Biden and a former Time magazine journalist, to be the next White House press secretary.

Carney, 45, will provide one of the most public faces of the White House as Obama's presidency pivots toward re-election. He replaces Robert Gibbs, who has also held an outsized presence as a counselor to Obama for the last several years.

In choosing Carney, Obama went with someone who is inside his circle yet also seen to understand the needs of the White House press corps as a former member of its ranks. Carney built his career as a reporter, covering the presidencies of Bill Clinton and George W. Bush for Time and rising to the position of the magazine's Washington bureau chief.

The decision was part of a package of new personnel changes at the White House. Obama's new chief of staff, Bill Daley, announced the changes in an e-mail to staff on Thursday, saying they would offer more clarity and coordination to Obama's operation.

"I look forward to working with all of you -- those in existing roles as well as those filling new roles -- in the weeks and months ahead," Daley wrote. "We have a great team."

Among the other moves: White House officials Alyssa Mastromonaco and Nancy-Ann DeParle were promoted to deputy chief of staff positions. Rob Nabors replaced Phil Schiliro as the president's legislative director.

Other candidates given serious consideration for the job included three members of Obama's press operation: deputy press secretary Bill Burton, well-known for standing behind the briefing podium on days when Gibbs did not; Josh Earnest, a fellow deputy press secretary; and Jen Psaki, the deputy communications director.

The White House also gave a hard look at Karen Finney, a longtime Democratic strategist who works as a political analyst on MSNBC, and Doug Hattaway, a Democratic communications consultant who served as Hillary Rodham Clinton's traveling press secretary in the 2008 presidential campaign

Unlike some of those considered for the job, including all of the ones who work inside the building, Carney does not have a deep campaign history of working for Obama and has only come to know him during the last two years.

As Biden's communications director, Carney has not sought a high profile, making sure his boss was the one in front of the camera and showing a reluctance to be quoted.

For the grueling job as Obama's press secretary, Carney had several factors working in his favor: his management skills a former bureau chief at Time, his experience in front of the TV cameras during his reporting days, his work for Biden, and his age. Carney is about a decade older or more, for example, than the other internal candidates.

Carney worked for Time magazine for 20 years, most recently serving as Washington bureau chief from 2005-2008. He speaks Russian and was based in Moscow for Time from 1990-1993, covering the collapse of the Soviet Union. His first job in journalism was at the Miami Herald, where he worked from 1987-1988 before being hired by Time.

Daley, senior adviser David Plouffe and communications director Dan Pfeiffer ran the review process for Gibbs' successor, and Obama met with some of the candidates.

As a former journalist, Carney may be more sympathetic to the needs of the White House press corps than Gibbs has been, although Carney is known for occasionally blowing up at reporters when he thinks they're getting the story wrong.

Finney was quick with a gracious congratulation. "He has big shoes to fill with Robert's departure, but given the many accomplishments in his career and the respect he's earned in politics and media, Jay is more than up to the task. I wish him all the best," Finney said.