Pro-Palestinian adjunct professor preemptively fired by Brooklyn College, which struggles to explain why 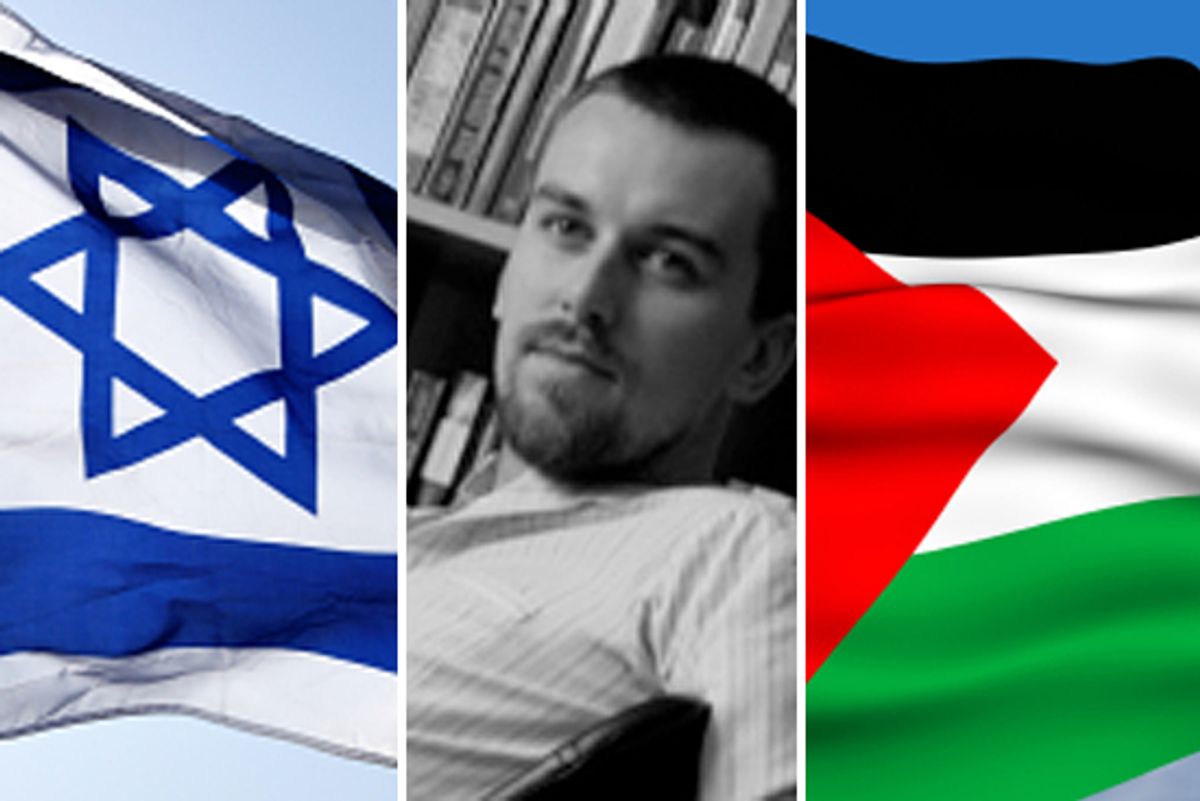 An adjunct political science professor was fired Wednesday by Brooklyn College following complaints by a student and a local politician about his pro-Palestinian political views.

The college maintains the instructor, graduate student Kristofer Petersen-Overton, was let go because he did not have proper credentials to teach a master's level course on Middle East politics. But there's evidence that other graduate students with the same level of experience as Petersen-Overton have had no trouble teaching advanced courses in the department both in the past and the present.

And now a group of Brooklyn College professors are blasting the administration for undermining academic freedom.

Here is what happened:

Petersen-Overton, a political science student at the CUNY Graduate Center in New York, was looking for a course to teach in the spring, and he heard about an opening at Brooklyn College, which is part of the CUNY [City University of New York] system. Petersen-Overton had a B.A. in political science from San Diego State and a masters in development from a university in Denmark. He has published several articles about Israel and the Palestinians in academic journals and books. He also previously worked at the Palestinian Center for Human Rights, a Gaza NGO, in 2007-08. He started his studies at CUNY in 2009.

He got the part-time adjunct professor's job at Brooklyn College to teach Middle East politics, a master's level course that is regularly offered in the political science department. That was in late December. The chair of the master's program, who had hired him, asked Petersen-Overton to send him a syllabus to circulate to prospective students.

That's when the trouble began.

One student, whose identity is not known, did not like the books in the syllabus. The student complained to the department and also contacted a blogger and Brooklyn College alum, Bruce Kesler. He attacked Petersen-Overton in a Jan. 19. post titled "Gaza Defender Hired To Teach Middle East At Brooklyn College." Kesler criticized Petersen-Overton for being "preoccupied with the Palestinian narrative," for describing Zionism as a "philosophy of separation," and for having published articles on the website Electronic Intifada.

Around that same time, a student (likely the same student) contacted the provost and complained about Petersen-Overton. All the details of the communication between the student and the provost are not clear, but, according to Brooklyn College spokesman Jeremy Thompson, the original complaint  was about "the credentials of the instructor, not about his politics." Thompson adds: "What motivated that student? I don't know."

Meanwhile, State Assemblyman Dov Hikind, whose district includes Brooklyn College and who actively supports Jewish settlements in the West Bank, got wind of Petersen-Overton's appointment from the unidentified student. This past Monday, Hikind fired off a letter to the president of Brooklyn College calling Petersen-Overton an "overt supporter of terrorism" and arguing that "Mr. Petersen-Overton’s personal biases should not be allowed to pollute the academic realm." Hikind specifically pointed to a paper by Petersen-Overton, "Inventing the Martyr: Martyrdom as Palestinian National Signifier." In fact, Petersen-Overton has quite clearly condemned suicide bombings as "heinous acts."

It was also on Monday that Petersen-Overton signed a contract with Brooklyn College to formally accept the adjunct position. On Tuesday, he got a call from a local Jewish newspaper asking for comment on Hikind's charges. On Wednesday, the chair of the political science department called Petersen-Overton and informed him that his contract had been terminated, even though he had not even begun to teach the class.

The reason, according to Brooklyn College? "Mr. Petersen-Overton was not sufficientlycredentialled to teach at this level," says Thompson, the spokseman, noting that he does not have his PhD. "The course is an advanced [master's level] course and he is only three semesters into his doctoral studies."

Thompson also notes that the provost had been looking into the matter since several days before Hikind's letter. The assemblyman's complaint had nothing to do with the decision, Thompson says.

But here's where Brooklyn College's explanation does not hold up well to scrutiny. According to a professor of political science and another graduate student, there are plenty of other adjunct professors teaching advanced courses who have the same credentials as Petersen-Overton.

Patricia Stapleton is a CUNY political science doctoral student who has herself taught several master's level courses at Brooklyn College in the past few years.

Stapleton adds: "The argument they're making is just patently untrue. They do hire adjuncts who do not have PhDs to teach master's courses all the time."

Asked about other graduate student adjuncts who had the same credentials as Petersen-Overton but were not fired, Thompson responded: "If that is indeed the case, under the leadership of this president and this provost, it is not going to be tolerated in the future." He declined to say whether the provost will actively seek out other such cases.

Mark Ungar is the political science professor who, as chair of the master's program, hired Petersen-Overton. He says in an email that "many adjuncts have not yet attained their degrees. If they have not, we weigh their other credentials as well." Petersen-Overton's on-the-ground human rights work in the Middle East was taken into account when he was hired.

Ungar and eleven other members of the department objected to the Provost William Tramontano's decision to fire Petersen-Overton. "His decision to reject our appointment undermines academic freedom and departmental governance," Ungar says.

Petersen-Overton, for his part, is now unemployed. "It was fear of controversy," he says. "The administration looked at this and thought, 'Why should we stick our neck out for a graduate student?'"