Ricky Gervais's cameo on "The Office" 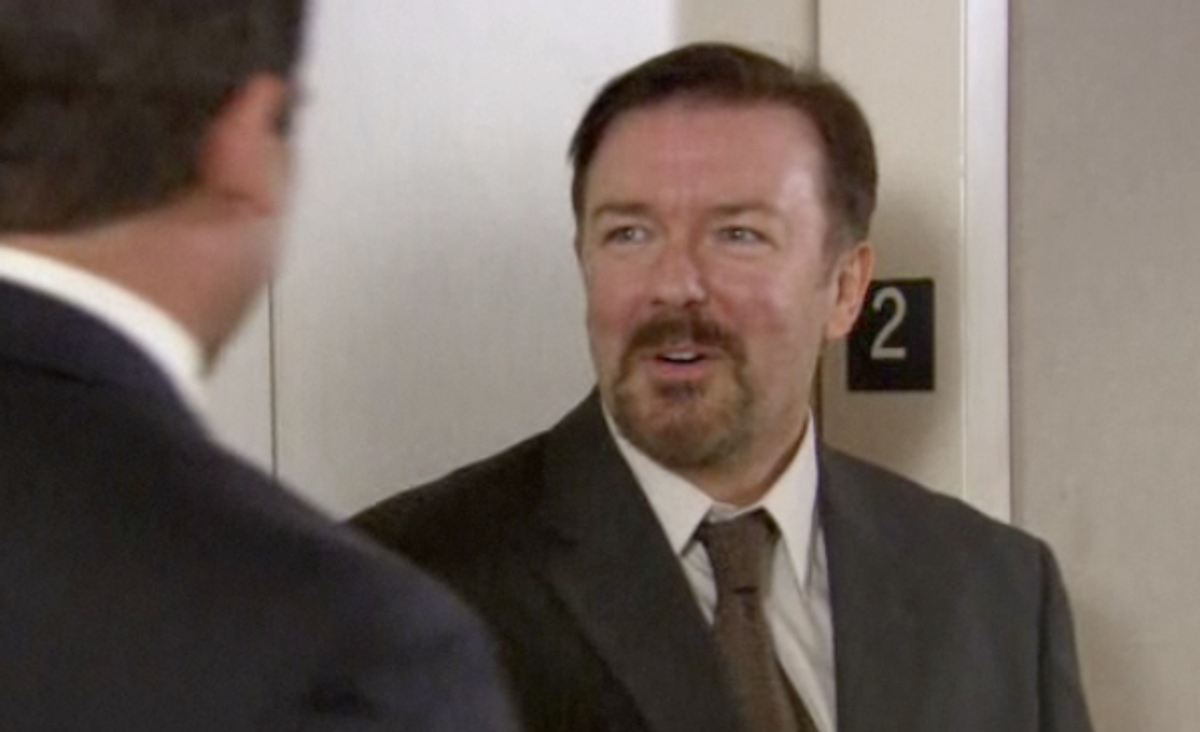 In the wake of his insult-filled Golden Globes appearance, NBC finally aired Ricky Gervais' much buzzed-about cameo appearance on the American "Office" last night. It was a brief, but fun moment -- Gervais' British character, David Brent, encounters Steve Carell's Michael Scott outside of an elevator bank, and the two engage in some hilarious (and, as would be expected, offensive) banter. Watch below: