To prevent looters from getting inside, citizens form a human chain around the home of King Tut's gold mask 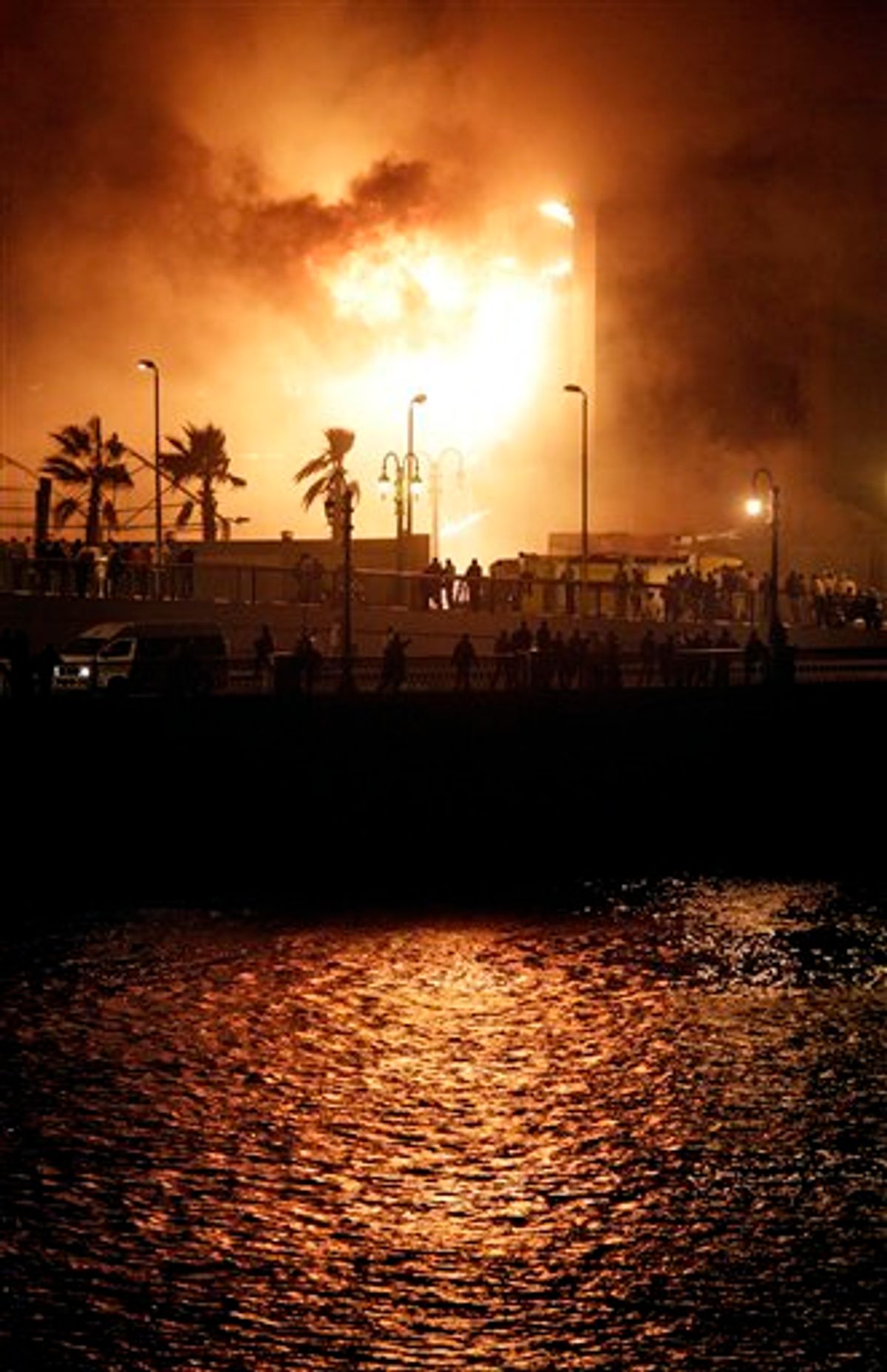 The greatest threat to the Egyptian Museum first appeared to come from the fire enguling the ruling party headquarters next door on Friday night as anti-government protests roiled the country.

Then dozens of would-be thieves started entering the grounds surrounding the museum.

Suddenly other young men -- some armed with truncheons taken from the police -- formed a human chain outside the main gates on Tahrir Square in an attempt to protect the collection inside.

"I'm standing here to defend and to protect our national treasure," said one of the men, Farid Saad, a 40-year-old engineer.

Another man, 26-year-old Ahmed Ibrahim, said it was important to guard the museum because it "has 5,000 years of our history. If they steal it, we'll never find it again."