In the sequel to "Ip Man," the martial-arts smash, Bruce Lee's teacher brings the Wing Chun to evil white people 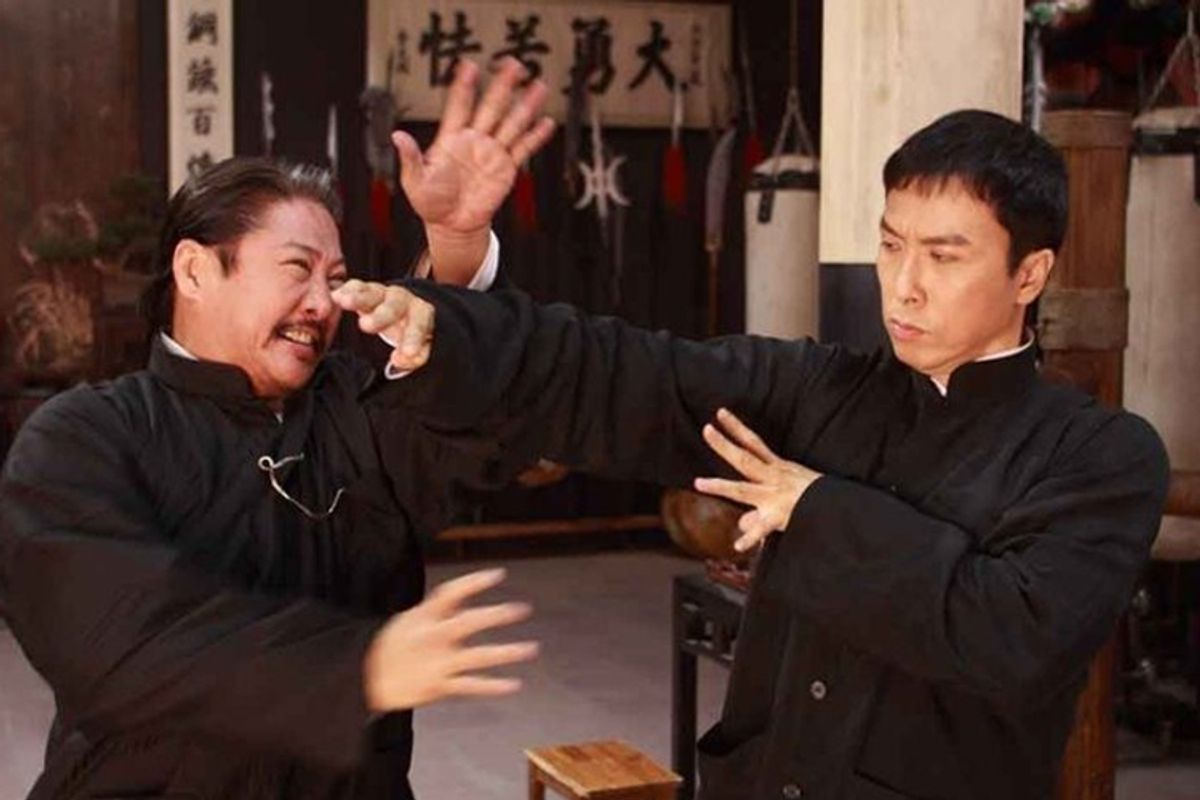 Chinese action star Donnie Yen and director Wilson Yip breathed prodigious new life into the martial-arts genre with their quasi-biographical 2008 film "Ip Man," a huge hit on multiple continents. A sequel went into production almost immediately, and the result is "Ip Man 2: Legend of the Grandmaster," which follows Yen's eponymous martial arts master as he brings the Wing Chun style to Hong Kong. As every kung fu buff already knows, the real-life Ip's most famous pupil would be an American-born kid named Lee Jun-fan, better known as Bruce Lee.

Yip and screenwriter Edmond Wong stick closely to the winning blend of nationalist agitprop, colorful melodrama and epic fight choreography (again by the great Sammo Hung) from the first film, and despite its flat and trite portrayals of Western characters -- referred to repeatedly as "foreign devils" -- "Ip Man 2" is nearly as enjoyable as the original. Its not-so-secret weapon is the poised, calm performance of Yen, who somehow manages to play Ip as both character and archetype. He kicks ass in all directions, taking on street thugs, rival Hong Kong masters and an arrogant English boxer, all while embodying Confucian-Buddhist ideals of modesty, balance, honor and selflessness.

How much any of this has to do with the historical Ip Man (more often rendered in English as Yip Man) is, to put it diplomatically, open to debate. Ip was a police officer in his hometown of Foshan under the pre-revolutionary regime, and fled to British-ruled Hong Kong after the Communist victory in 1949, inconvenient facts that somehow got elided in turning him into a movie hero and nationalist icon. According to biographers, Ip was an opium addict who launched a school in Hong Kong partly to support his habit, whereas Yen's Ip is of course a noble family man, struggling to feed his wife and kids and refusing payment from poor students. The real Ip probably never fought a British boxing champion, just as he never delivered a public beatdown to a Japanese general (as seen in "Ip Man").

If the "Ip Man" movies are better understood as inspirational fantasies about the construction of modern Chinese identity than as biography, they still attest to the renewed vigor of Hong Kong cinema in recent years. Cinematographer Poon Hang-sang and production designer Kenneth Mak capture lavish 1950s street scenes that almost suggest the work of Wong Kar-wai, and Hung's spectacular fight sequences feature the total destruction of an enormous fish market, along with the climactic showdown between Ip and a sneering British boxer (Darren Shahlavi), implausibly known as Twister. Hung himself appears in the film (despite his reported poor health), playing a mustachioed, faintly corrupt rival kung fu master who redeems his honor during the fateful confrontation with Twister.

It's tempting to read "Ip Man 2" in the context of contemporary East-West relations, in fact. Wong's screenplay uniformly depicts British characters (portrayed, as usual, by an erratic assortment of multinational white people) as vain, cruel, arrogant and bigoted, at least until the last minute or so of the movie, when Ip's final plea for cooperation and tolerance is greeted by a standing ovation from Europeans. (All of this, arguably, is pretty minor payback for Hollywood's treatment of Asians over the years.) Yen and Yip have announced that they're done with Ip-Mania and won't make a proposed third film about Ip's tutelage of Bruce Lee. It's safe to assume somebody else will. Wong Kar-wai's long-planned Ip film starring Tony Leung Chiu-wai is reportedly in turnaround, but a prequel, "The Legend Is Born: Ip Man," starring Dennis To, has already been released in China.

"Ip Man 2: Legend of the Grandmaster" is now playing in New York and Los Angeles, with wider North American release to follow.