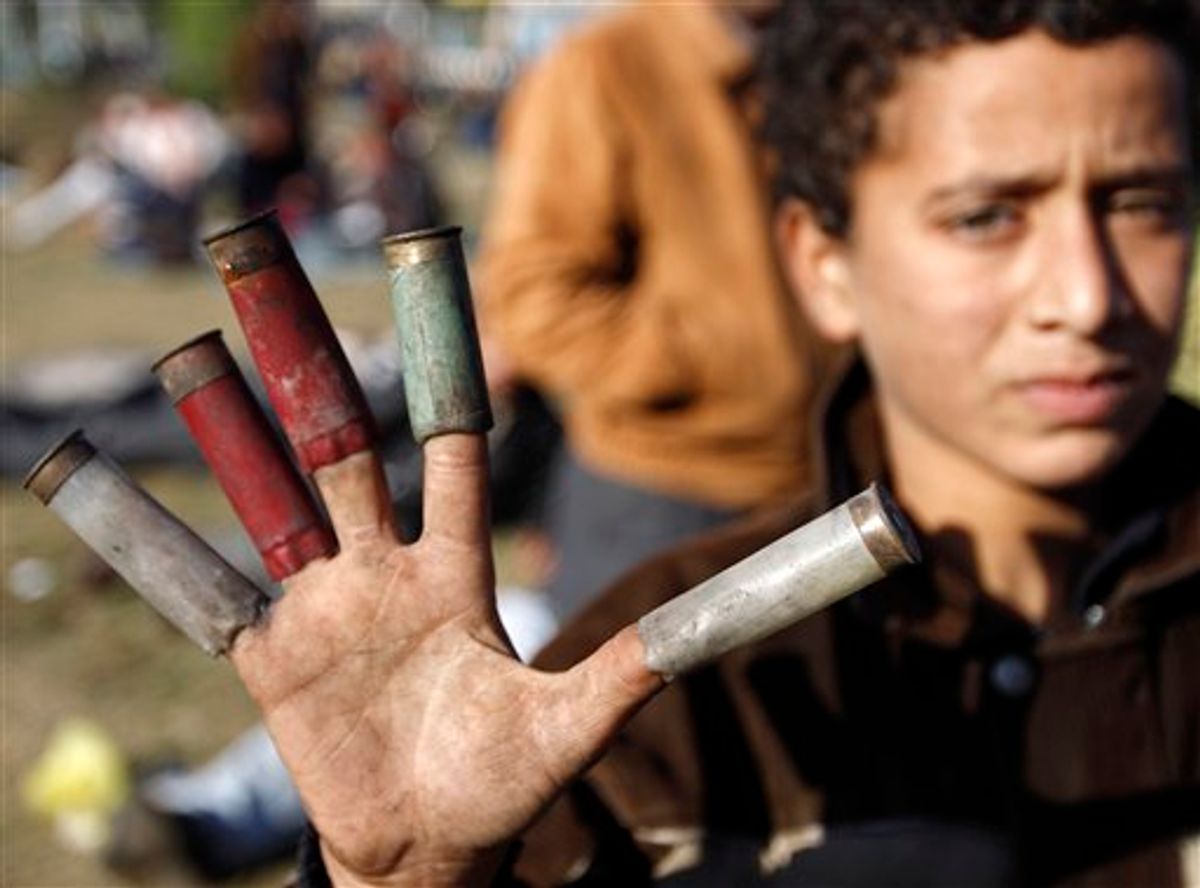 A boy shows spent cartridges used by Egyptian security forces, in Cairo, Sunday, Jan. 30, 2011. The Arab world's most populous nation appeared to be swiftly moving closer to a point at which it either dissolves into widespread chaos or the military expands its presence and control of the streets. (AP Photo/Tara Todra Whitehill) (AP)
--

The State Department says U.S. citizens in Egypt should consider leaving the country as soon as they can because of the spreading unrest there.

The department says demonstrations against the government of President Hosni Mubarak have not targeted Westerners, but Americans should take precautions for their own security.

The U.S. government is also allowing nonessential diplomats and the families of all embassy workers to leave Egypt at Washington's expense. The step builds on a travel warning from Friday urging Americans to avoid traveling to Egypt because of the unrest.

Americans are advised to remain in their homes or hotels until the situation stabilizes.

In a statement, the network protested:

Al Jazeera sees this as an act designed to stifle and repress the freedom of reporting by the network and its journalists," the statement said.

In this time of deep turmoil and unrest in Egyptian society it is imperative that voices from all sides be heard; the closing of our bureau by the Egyptian government is aimed at censoring and silencing the voices of the Egyptian people.

Al Jazeera assures its audiences in Egypt and across the world that it will continue its in-depth and comprehensive reporting on the events unfolding in Egypt.