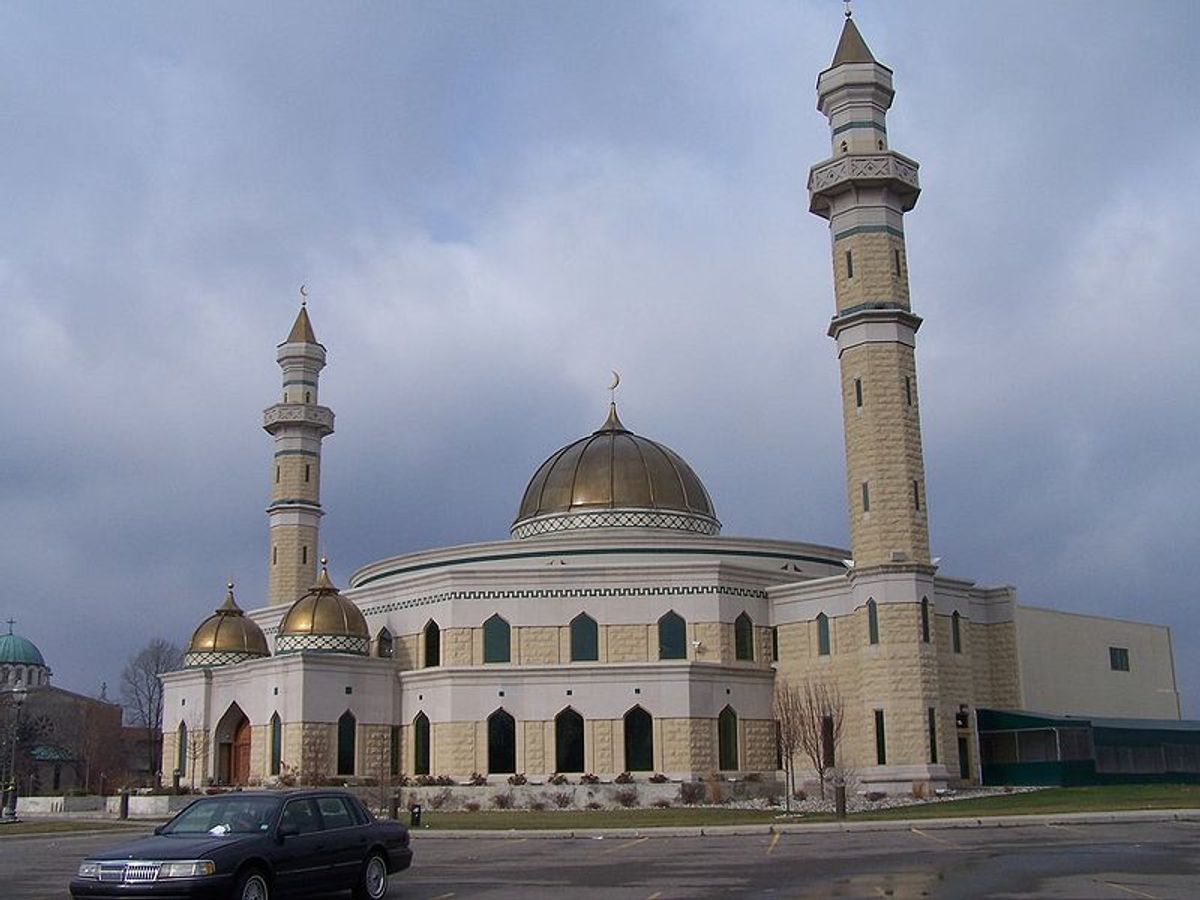 The Islamic Center of America in Dearborn, Michigan
--

Roger Stockham, a 63-year-old California man, was arrested on explosives charges last week after police allegedly found him with M-80s in the trunk of his car in the parking lot of the Islamic Center of America, a Dearborn, Michigan, mosque.

Stockham was arraigned on Wednesday on one count of false report or threat of terrorism and one count of possession of explosives with unlawful intent, police said in a statement. Bail has been set at $500,000. The chief of police told the Detroit Free Press that Stockham has a history of anti-government feelings and he was attracted to Michigan because of its large Arab and Muslim population.

A spokesman for the Dearborn police told Salon today that no more information is being released and the investigation is ongonig.

But Dawud Walid, executive director of the Michigan chapter of the Council on American-Islamic Relations, told Salon some more details of what allegedly happened, according to his conversations with police and mosque officials: He says Stockham had been heard by an employee of a Detroit bar making anti-Muslim remarks, including "describing Muslims as the enemy." The employee took down Stockham's license plate and alerted police. When they found him in the mosque parking lot, police found a concealed knife on Stockham and a large amount of fireworks, including M-80 exlposives, in the trunk of his car, Walid says.

He adds that he heard Stockham had praised Timothy McVeigh as a hero; but that and the other details could not be independently confirmed.

Walid says there were roughly 500 people inside the mosque on Monday for a funeral when Stockham was arrested in the parking lot. Asked how the community is reacting, he said:

"I've heard a couple of different reactions: What they were saying is that this guy, whether he has some mental instability or not, he could have caused a lot of damage." And, he added, "if his name was Ali or Muhammed and he did a similar thing at a synogogue, he would have been immediately labeled a domestic terrorist."

This Web profile of Stockham suggests he is a Vietnam veteran with two children and a granddaughter.  And Talking Points Memo reports on his apparent MySpace page:

[H]e writes that he's happy with how much he's lived. "Ready for it to be over, but have a policy I contend with often: So long as I am alive, I can't play dead," Stockham apparently writes.

He writes that he has "four ex-wives" is "on meds and doing better than my history would predict." He lists his heroes as Thomas Jefferson and "Tom Payne" [sic].