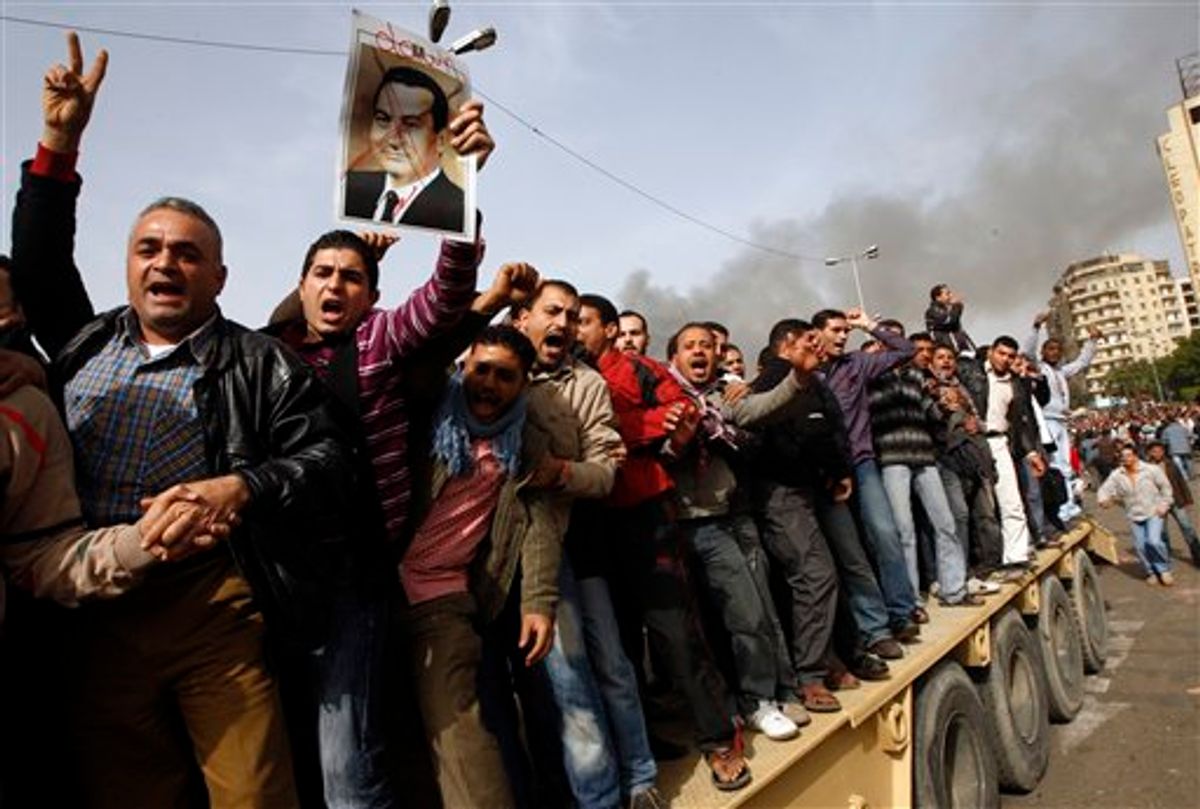 A coalition of opposition groups called for a million people to take to Cairo's streets Tuesday to demand the removal of President Hosni Mubarak, the clearest sign yet that a unified leadership was emerging for Egypt's powerful but disparate protest movement.

In an apparent attempt to show change, Mubarak named a new government Monday. But the lineup dominated by regime stalwards was greeted with scorn by protesters camped out for the fourth day in the capital's central Tahrir, of Liberation, Square.

"We don't want life to go back to normal until Mubarak leaves," Israa Abdel-Fattah, a founders of the April 6 Group, a movement of young people pushing for democratic reform.

If Egypt's opposition groups are able to truly coalesce -- far from a certainty for an array of movements large and small that include students, online activists, old-school opposition politicians and the fundamentalist Muslim Brotherhood -- it could sustain and amplify the momentum of the week-old protests.

It could also provide a focal point for American and other world leaders who are issuing demands for an orderly transition to a democratic system, saying Mubarak's limited concessions are insufficient.

The coalition of groups, dominated by youth movements but including the outlawed Muslim Brotherhood, were discussing the possibility of making prominent reform advocate Mohamed ElBaradei spokesman for the protesters, members said.

Members of groups in the coalition said it wants the march from Tahrir Square to force Mubarak, 82, to step down by Friday.

Spokesmen for several of the groups said some 30 to 40 representatives were meeting to discuss a unified strategy for ousting Mubarak, whom they blame for widespread poverty, inflation and official indifference and brutality during his 30 years in power.

Also on the table were plans for a post-Mubarak era, they said.