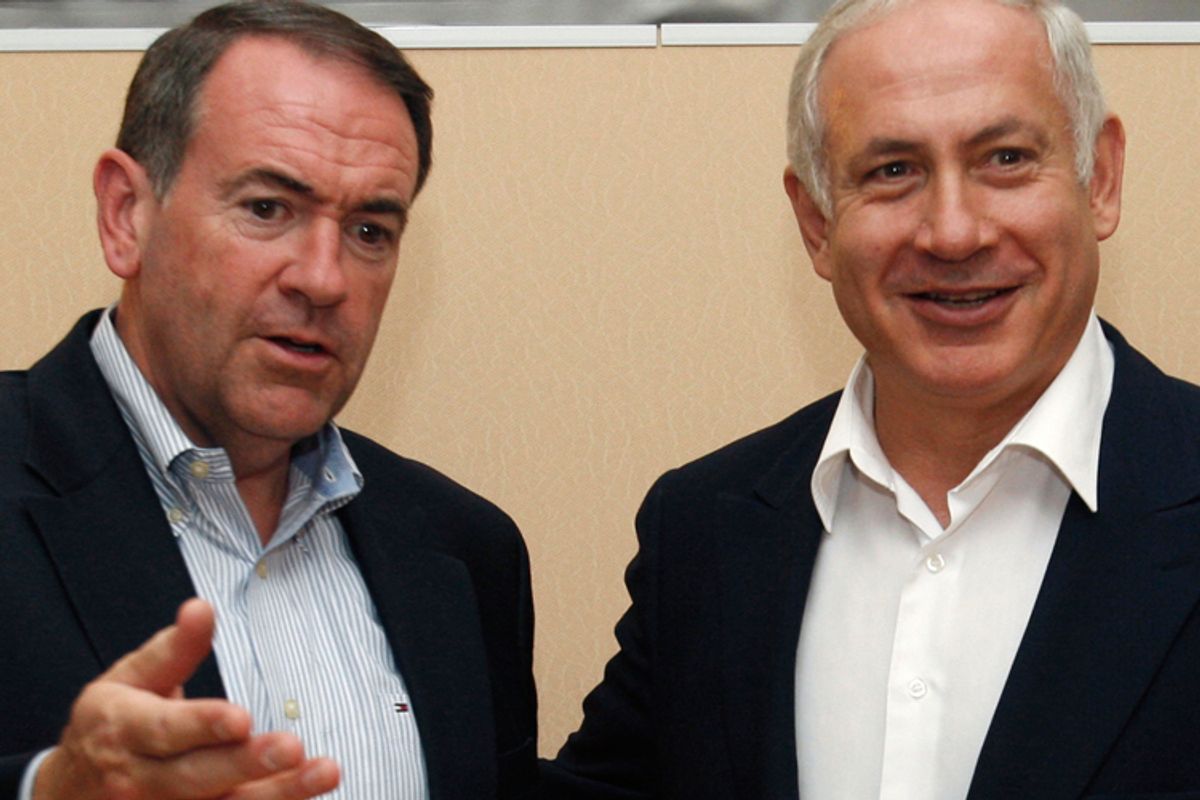 Mike Huckabee and Benjamin Netanyahu in Tel Aviv in 2008.
--

Mike Huckabee, on his 15th trip to Israel, weighs in on the situation in Egypt -- and essentially comes out against the pro-democracy protesters:

"[T]he events of the past few days in Egypt have created a very tenuous situation, not just for Egypt, not just for the Middle East, but for the entire world, and the destabilization of that nation has the potential of cascading across the globe."

According to another Israeli newspaper, Huckabee also told the Knesset, "the situation could threaten the world and all those who seek peace and security." He's not quite where Pamela Geller is on this, but he's hardly offering support to the protesters.

Why is Huckabee saying what he's saying? It comes down to the centrality of Israel in his foreign policy worldview. And the Israelis are worried about losing Hosni Mubarak, who maintained a peace treaty with the Jewish state.For more on this dynamic, check out this item on the cool reaction of pro-Israel groups in the U.S. to the Egyptian protests.