Regrets of a subprime mortgage lender

The job was easy and ridiculously lucrative. But it didn't take long to see what was really going on 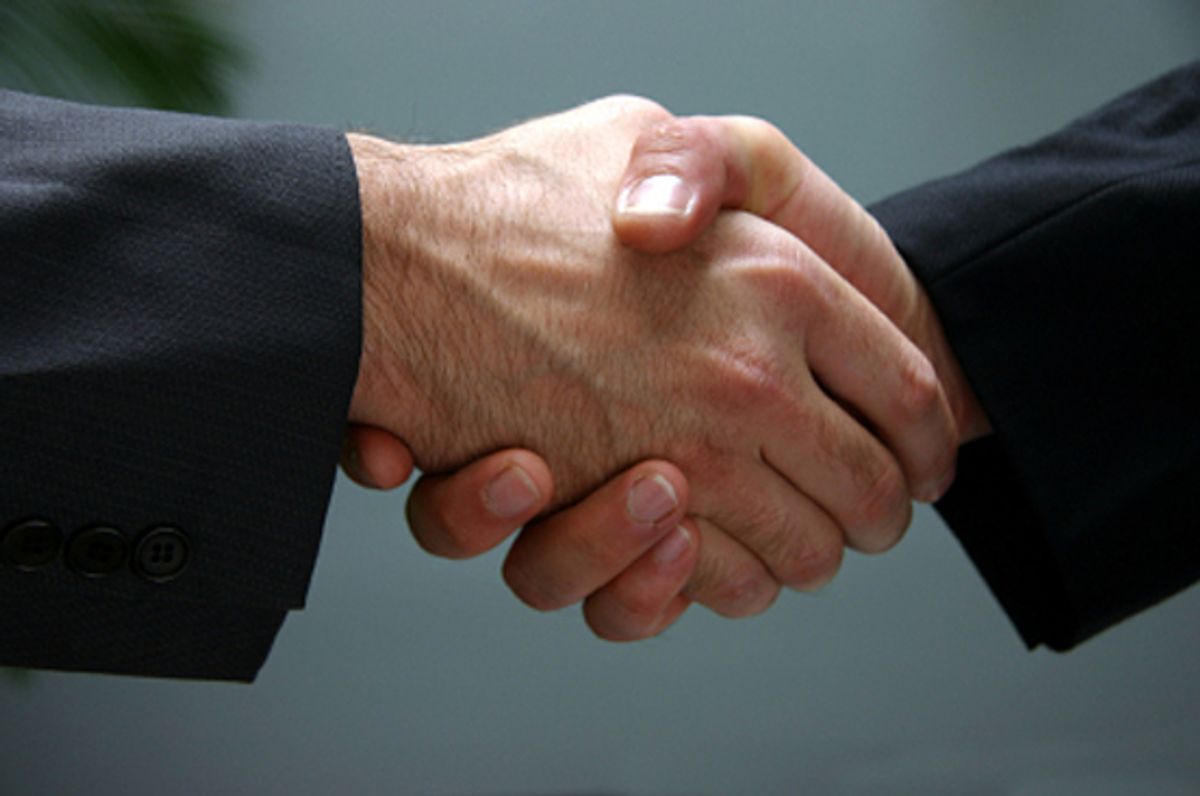 Paul Jacobs is the pseudonym of a former broker.

I was 22 years old when I decided to go into mortgage sales. I was finishing an undergraduate degree in criminal justice and had decided that I didn't want to go to law school as I had originally intended. I didn't have rich parents, and had never made any significant money, so I set out to find the highest-paying job someone with my limited qualifications could find.

At the time, my girlfriend's best friend was dating a guy who worked in mortgages. He drove a BMW, had nice clothes and carried himself well. Over drinks one night, I kept quizzing him on his success, and he told me all I needed to do was read a book or two and have some sort of people skills and I could be making six figures. Hearing those words was like a dog whistle to a middle-class immigrant who had only worked restaurant and construction jobs until that point. As it turned out, the bar for entry into the mortgage world was even lower than reading a book or two.

I applied for several mortgage jobs on the Internet, sat back and waited. Within a few weeks, I got called back for an interview at what is now known as one of the biggest culprits in the subprime mortgage collapse. The manager interviewing me was down to earth, and promised me that I'd be making over 100K a year if I just followed the sales process. Within a month I was on a flight to Illinois for corporate training. Before I left for the airport, I got my first check in the mail: $950, the most money I had ever been paid at one time, and that was only for two weeks of pre-training office work.

The training was boring and disillusioning. All you needed to do was learn the script. I distinctly remember our trainer, an energetic middle-aged woman, telling us: "This is the only job where you will be able to help people, and make more money than you've ever made before in your life." At least the second part was true.

Once we got back from training, the selling started. We would take inbound phone calls from current customers patched in from a corporate call center. Many of them weren't even interested in refinancing, they had just called in to ask a question and were transferred to us. It was our job to get these people to "lower their monthly payments," or "consolidate their high-interest credit cards into a low monthly payment," mostly through subprime refinancing. We also had "port" leads; endless lists of existing customers whom we would constantly call and offer to lower their mortgage payment. This was late 2006, the peak of the subprime boom. Years of bank deregulation had allowed commercial banks to become mortgage companies, taking on ungodly risk and leveraging it over and over again. Mortgage companies bundled subprime loans and sold them as mortgage-backed derivatives on the secondary market. This meant that Wall Street was making a killing reselling the bad loans that we were selling to consumers.

Regional managers had a no-holds-barred mentality. You had to do anything to make the sale, no excuses. This meant working late, lying to people and committing fraud. I once walked into the copy room and saw someone cutting out a signature and copying it onto another document. Stories circulated about other branches staying up late and manufacturing fake asset documents to qualify borrowers for loans. On one of my loans, a regional manager turned a 2/28-year adjustable loan into a 6-month adjustable because it made $500 more for the company. I had to tell the borrower that it was the best we could do. She signed on the loan because she needed the 15K cash out in equity for accumulating bills.

And the money came flowing in. There were some months when I would make close to $10,000. It wasn't unheard of for a loan rep with no college education to be pulling in close to $20K a month. I had money for the first time in my life. I bought all the clothes I wanted, bought my dream car, an Infiniti G35 coupe, and started helping my parents out with their bills. I should have been happier than ever before. But I wasn't. I was miserable. I dreaded the office, I dreaded the people and I dreaded what we did. I figured out early on that we weren't "helping people," we were taking advantage of them. Did some loans put people in better situations? Sure, but more put people in worse ones.

I spent a total of nine months working for a subprime mortgage company. I walked out as a 23-year-old making six figures a year. I remember sitting in my manager's office with tears in my eyes trying to explain to him how I felt, and hearing him trying to rationalize what we were doing: "Someone else will do it if we don't." I quit the next day. I went back into the industry for under a year after subprime disappeared in 2007, but only long enough to finally put the nail in the coffin of my mortgage career.

There are few things that I regret in my life. Among those regrets are a handful of loans that I should never have agreed to make. I would have lost my job, but it wasn't worth the money I made from them. I never committed fraud, but that's only because most of it was legal at the time. I don't regret the experience. It taught me about what kind of a person I didn't want to be, and what money can make you do. I know I helped cause the financial collapse. All I can say is, I'm sorry.