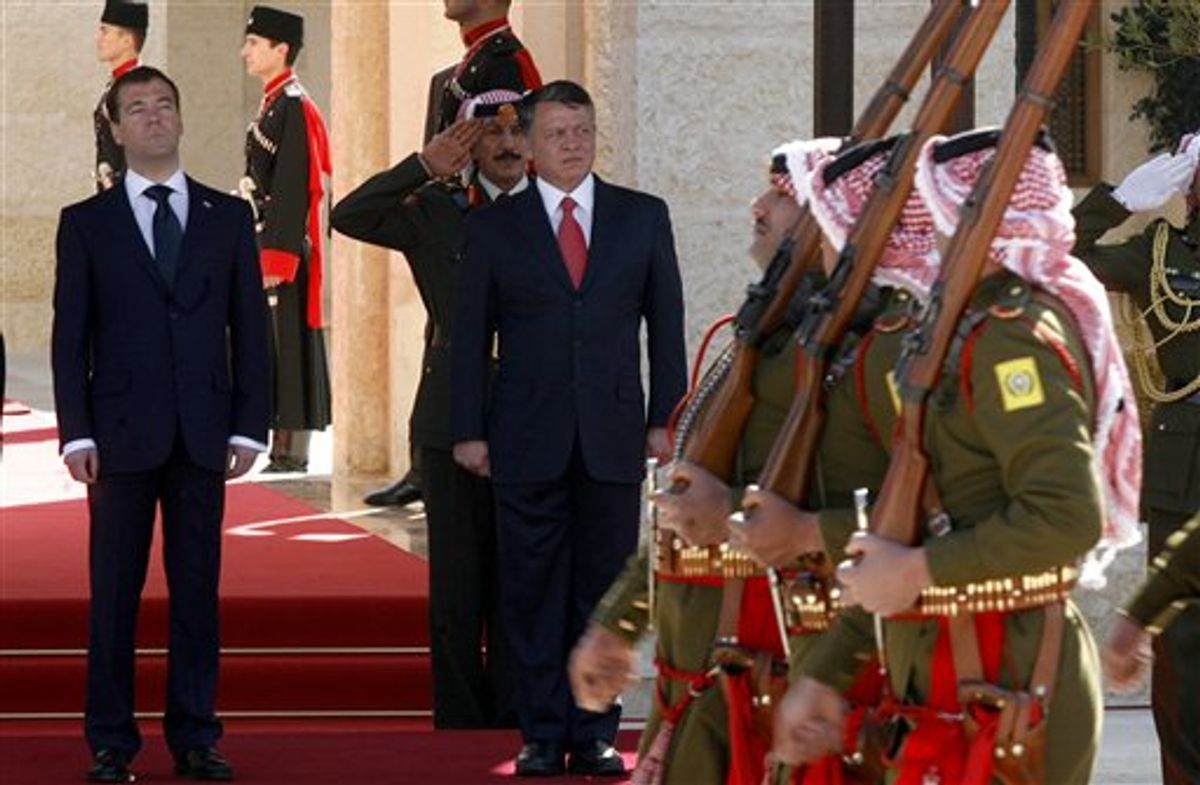 Jordan's King Abdullah has dismissed his cabinet and ended the current government. The king has appointed Marouf al-Bakhit, a former army general, as his new prime minister, and asked him to form a new government.

King Abdullah's move comes after thousands of Jordanians took to the streets — inspired by the regime ouster in Tunisia and the turmoil in Egypt — and called for the resignation of Prime Minister Samir Rifai who is blamed for a rise in fuel and food prices and slowed political reforms.

Abdullah also nominated Marouf al-Bakhit as his prime minister-designate. No other details were immediately available.


This story is developing. Check back for more details.