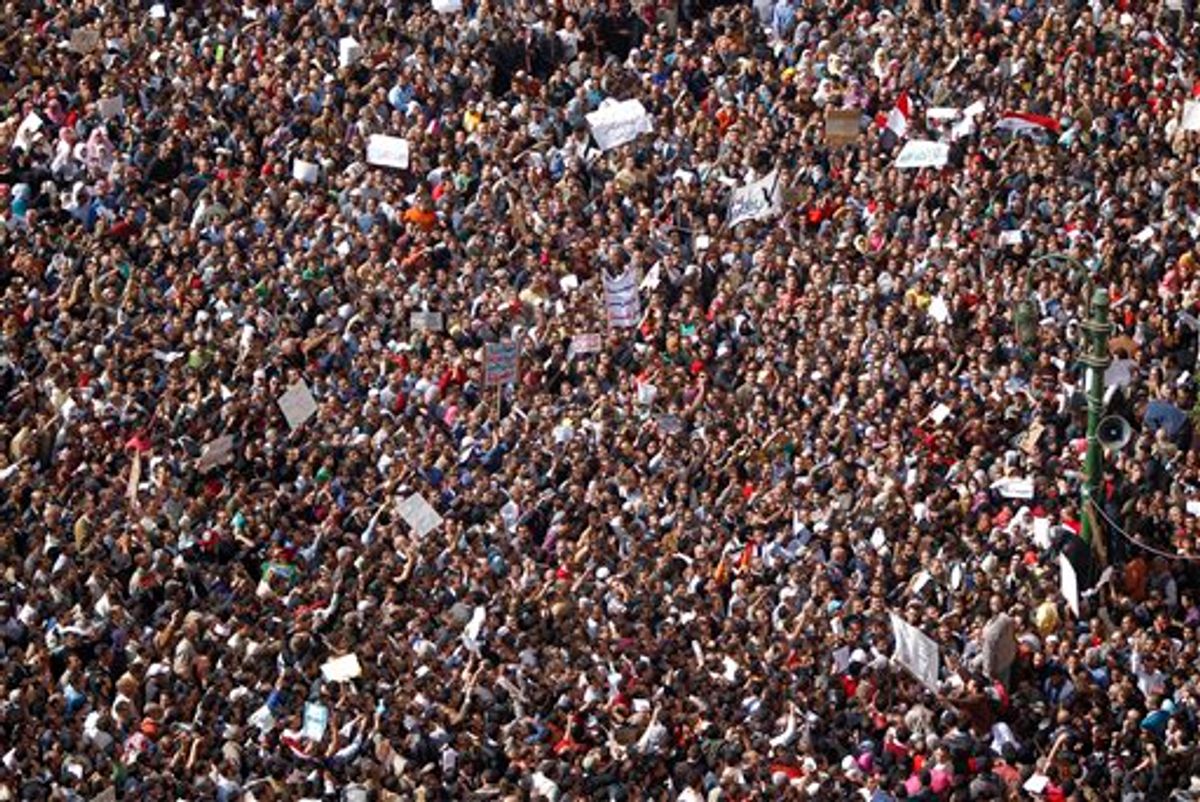 The crowd gathers in Tahrir or Liberation Square in Cairo, Egypt, Tuesday, Feb. 1, 2011. More than a quarter-million people flooded into the heart of Cairo Tuesday, filling the city's main square in by far the largest demonstration in a week of unceasing demands for President Hosni Mubarak to leave after nearly 30 years in power. (AP Photo/Tara Todras-Whitehill) (AP)
--

Google says one of its Middle East managers has gone missing in Cairo, where violent protests against the ruling regime have embroiled Egypt's capital for the past week.

Wael Ghonim's whereabouts have been unknown since last Thursday evening. That's when Google says he was spotted in central Cairo.

Ghonim oversees Google Inc.'s marketing in the Middle East and Africa from the company's Dubai office. The company has temporarily closed its Cairo office as a safety measure.

To help counter the Internet blackout, Google has set up a voicemail system that posts written messages on people's Twitter accounts.