The would-be GOP nominee is up to his old tricks, changing his story and lamenting answering too many questions 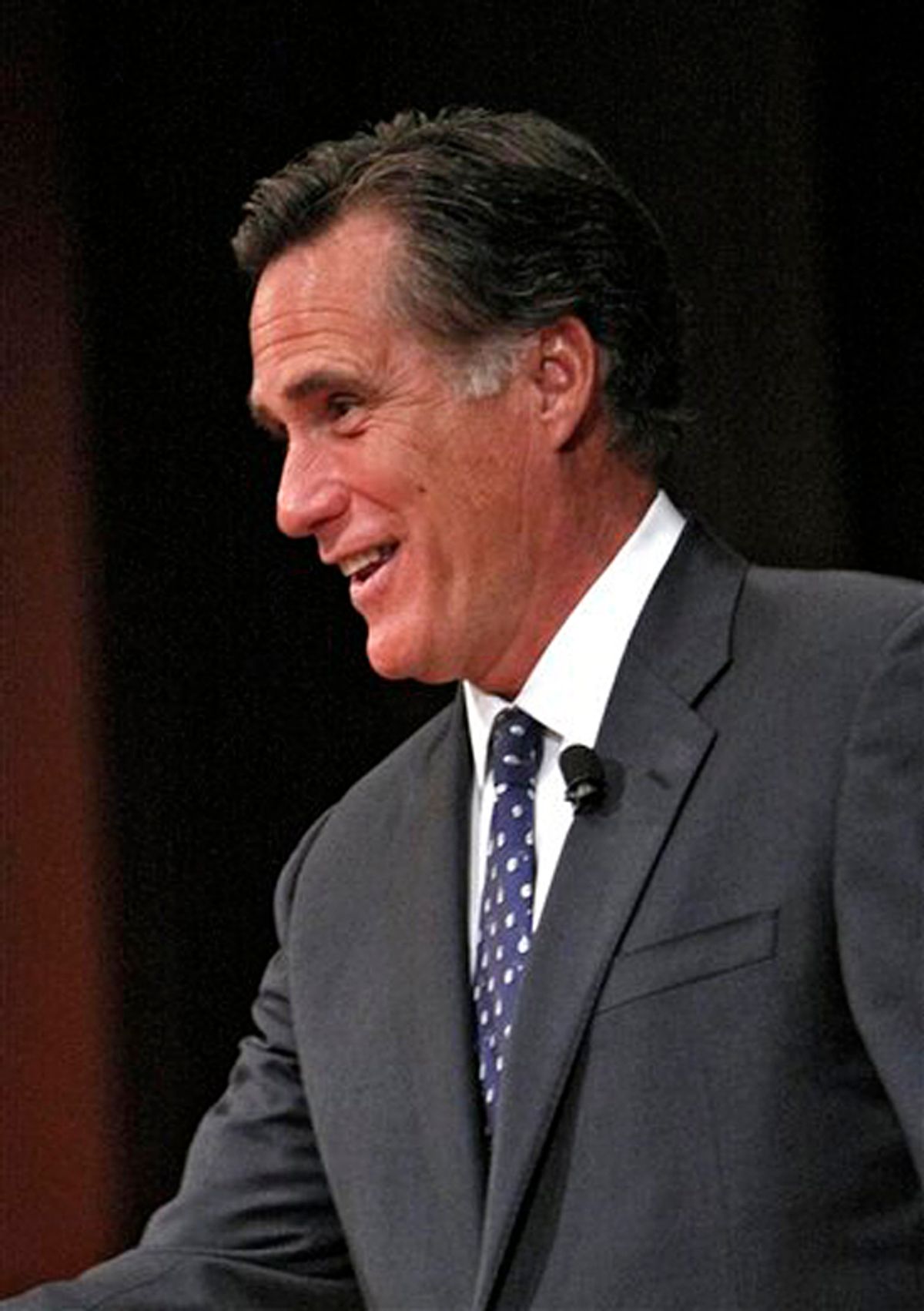 Former Massachusetts Governor Mitt Romney points to a friend in the audience before speaking in the Chase Auditorium in Chicago on Wednesday, March 24, 2010. (AP Photo/Charles Cherney) (Charles Cherney)
--

When Mitt Romney was first promoting his book "No Apology" a year ago, he told the Boston Globe he wrote it as a call to resist the "temptations of populism." That was funny to me: A wealthy investment banker and political scion bragging about resisting populism seemed like someone with a peanut allergy boasting about resisting a jar of Skippy. Tell us something surprising, Gov. Romney. His pitch was widely seen as setting him up as the anti-Palin, the sober alternative to the maverick-y and supposedly populist 2008 vice presidential nominee.

But now, in a new introduction to the paperback edition of "No Apology" written in the wake of the Tea Party's November successes, Romney criticizes Democrats "in sharp populist language," according to the Globe. The new introduction panders to Obama-haters by insisting "my worst fears about the president have come true" and claiming Obama's policies "are smothering the American dream." He even took a page from Michele Bachmann, insisting Democrats "simply do not believe in America as it was shaped by the Founders," he writes. "They do not believe that the principles and values that made America a great nation still apply."

Why the switch from sober statesman to Obama-bashing faux-populist? Palin's star has dimmed, but Romney still has to run in a Republican primary where Tea Partiers have a disproportionate influence. Early public-opinion polls and straw polls in primary states show the former Massachusetts governor vying with Mike Huckabee to be the GOP frontrunner, with Palin far behind, but the field has yet to shape up, and Romney is just being Romney, trying to be all things to all voters. If you'd told me in 2008 that Romney would be back in 2012 -- the guy who reminds me of Ron Burgundy from "Anchorman," who changed every reasonable political position he'd espoused just to appeal to right-wing GOP primary voters, and still got soundly rejected – I wouldn't have believed it. But it's a wild, wide-open GOP primary, he's got deep pockets and a lot of rich friends, so why not?

Unfortunately, Romney was promoting his paperback on the day after a Florida judge ruled the healthcare reform bill, and its individual mandate that everyone purchase insurance, unconstitutional (you can read the problems with Judge Roger Vinson's arguments here.) On Tuesday Romney insisted he had no apology for what he did in Massachusetts, because states, not the federal government, are the ones charged with making healthcare reform laws. He told Barbara Walters on "The View:" "We addressed a problem in Massachusetts that was designed to solve problems for the people of Massachusetts. But it is wrong and unconstitutional to take what is designed for one state and say we're going to apply that in every state."

Of course, Think Progress found Romney saying something different in October 2009, when he was calling Massachusetts' plan "a model for getting everybody insured" while opposing the inclusion of a public option in the federal legislation.

We have found that we can get everybody insured without breaking the bank and without a public option…Massachusetts is a model for getting everybody insured in a way that doesn’t break the bank, doesn’t put the government in the driver’s seat and allows people to own their own insurance policies and not to have to worry about losing coverage.

And while Romney actually praised Obama's handling of the Egypt crisis on "The View," the Globe today published a nasty book excerpt in which he trashed Obama for "kindling...anti-American fires" with speeches like the one he gave in Cairo in 2009:

Never before in American history has its president gone before so many foreign audiences to apologize for so many misdeeds, both real and imagined. It is his way of signaling to foreign countries and foreign leaders that their dislike for America is something he understands and that is, at least in part, understandable. There are anti-American fires burning all across the globe; President Obama’s words are like kindling to them.

Romney hasn't even declared his candidacy, but already he's showing signs of the slippery grip on his political opinions that helped doom him in 2008. By February 2008, the Washington Post had already compiled a list of Romney's top flip flops, on issues ranging from abortion to gay rights to immigration. He also changed his tune on stem-cell research, and now we can add Romneycare, populism and Obama's "kindling" of Middle East crises.

The former governor seemed to offer a novel reason for his political troubles Tuesday on "The View." Asked what he learned from his unsuccessful 2008 run, he replied: "The challenge that you have coming from the private sector as I did is when someone asks you a question, you answer it... the challenge I had last time was I answered every question, and sometimes, you need to say: you know, let me quickly answer that question and then get on to what's really important."

I have a feeling questions about that answer are going to dog Romney on the campaign trail.