"Pioneers of Television": The bloody, sexy rise of the American crime show 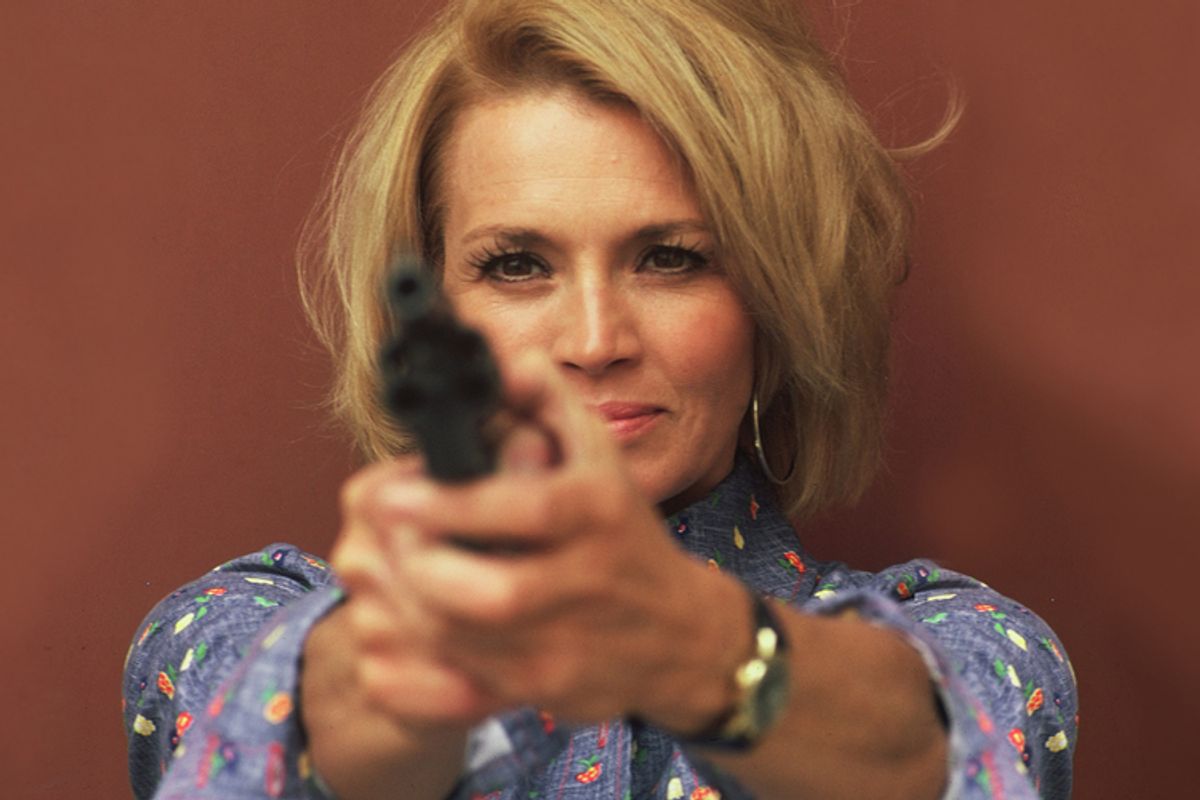 A huge percentage of scripted TV takes place in living rooms and squad rooms. The addictive PBS documentary series "Pioneers of Television" (Tuesdays 8 pm/7 central) will cover living rooms in its February 22nd episode about sitcoms. Tonight's installment, "Crime Dramas," rides along with vintage cops, detectives, and spies. Among other things, this breezy but enjoyable hour confirms that modern crime shows aren't too different from their predecessors. The production values are glossier, the cutting faster, the performances less stagey. But you can still see the ancestral resemblance and sketch a family tree.

The original "Law and Order" franchise owed a huge debt to Jack Webb's "Dragnet," the first crime drama covered in "Pioneers." Many of the "Law and Order" spin-offs play like "Dragnet" crossed with the "The NBC Mystery Movie," the series that birthed the cowboy gumshoe McCloud, the cranky medical examiner Quincy, the pioneering western forensic scientist Hec Ramsey, Peter Falk's majestically rumpled Columbo, and other characters whose quirks were as compelling as the mysteries they solved. Laurence Fishburne's "CSI" character Ray Langston -- a cool cat who rides a motorcycle and speaks a little Mandarin -- is Hec Ramsey merged with bits of Columbo and other TV sleuths who made eccentricity attractive; Adrian Monk, with his relentless badgering and "Here's what happened" info-dumps, was Columbo with OCD.

"Mission: Impossible" and "I Spy" are also included in tonight's "Pioneers." It seems a stretch to classify them as "crime" shows, but they aren't just action shows, either, and I can't think of another pre-existing category in which they'd comfortably fit. (Is "Colorful Badasses on Secret Missions" a genre? If so, it would fit Fox's "Human Target" as snugly as a bulletproof vest.) Not that viewers should get hung up on classifications. The producers of "Pioneers" obviously didn't. "Crime Drama" is mostly an excuse to revisit famous shows of yesteryear and hear key players tell tales out of school.

The "Dragnet" section is the highlight. Producer-star Jack Webb built a distinct aesthetic during the show's early run on radio -- uninflected lines delivered in rat-a-tat tempo. When the program migrated to TV, Webb kept the "Dragnet" sound and developed a visual style that complemented it. He figured out that while puny early TV sets were bad at capturing scenery and action, you could push in for close-ups and trade intimacy for scope -- a lesson that had an enormous impact on other shows. Webb also insisted that his actors read dialogue off TelePrompTers  to cut down on production time and stop them them from acting too much. (Veronica Cartwright -- who guest-starred on a late incarnation of the series, "Dragnet: 1967" -- says she holds the dubious honor of being the first "Dragnet" actor to be allowed to memorize lines.) The "Dragnet" section is a great illustration of the phrase "form follows function." If "Pioneers" had done a whole hour just on Webb and his baby, I wouldn't have minded.

Unfortunately it's more of a survey or omnibus, so it covers many programs somewhat glancingly -- a few minutes on on "Mission: Impossible" and "I Spy," a few more on "Police Woman" and "The Rockford Files" and so on. And the show is as much a victim of budget constraints as the 1950s "Dragnet." Thanks to sky-high music clearance costs, you never hear the any of these shows' iconic themes. (Not even this one!)

The anecdotes are priceless. Angie Dickinson frankly admits that "Police Woman" was one small step for women, and one giant leap for guys that wanted to watch curvy cop Pepper Martin go undercover as a showgirl. "Mission: Impossible" co-star Barbara Bain says the show's targets, tactics and gadgets (epitomized by latex masks and self-destructing tape recorders) were so accurate that current and former spooks would buttonhole her and ask, "How did you know about that?" I loved hearing about "I Spy" costar Robert Culp's handshake agreement with Bill Cosby that the series would make a statement about equality by never mentioning race. Culp is so proud of his involvement with a truly landmark show that when he talks about it, you hear a catch in his voice.

But such moments can be frustrating, too, because "Pioneers" doesn't have the time or inclination to linger and probe. We learn that James Garner, a professional racer, did his own stunt driving during the early seasons of "The Rockford Files," then was replaced for a while by stuntmen, then returned to the driver's seat because the stuntmen were too cautious; yet there's no car chase footage from the series, just a suspense-free, sepia-toned re-enactment. There's no follow-up to Dickinson's comment that she considered herself feminine but not a feminist -- an intriguing admission by the first woman to headline a long-running cop show. And the most striking statement in the whole hour just sort of hangs there in space: Cosby saying "If I made such a tremendous impact on things, it wasn't enough."

Cosby, now 73, is a towering figure in stand-up comedy, TV, and race relations -- by turns healing and divisive, wholesome and scandalous. I wanted to know precisely what he meant. Did he wish he could have given a sharper or deeper performance, or demanded different scripts, or been more aggressive in his dealings with NBC? Or is he expressing a general disappointment with TV today?

To be fair, these sorts of questions might be too daunting for a one-hour survey with a "just the facts" approach. But that shouldn't stop us from digging into them here. Your mission, should you choose to accept it, is to meet me in the Letters section and talk about crime shows, past and present. This article will self-destruct in five seconds.