Snowed In: Shots from the storm that shut down Chicago

The Midwest buckled under a veritable avalanche of snow today. Check out these dramatic images from the storm 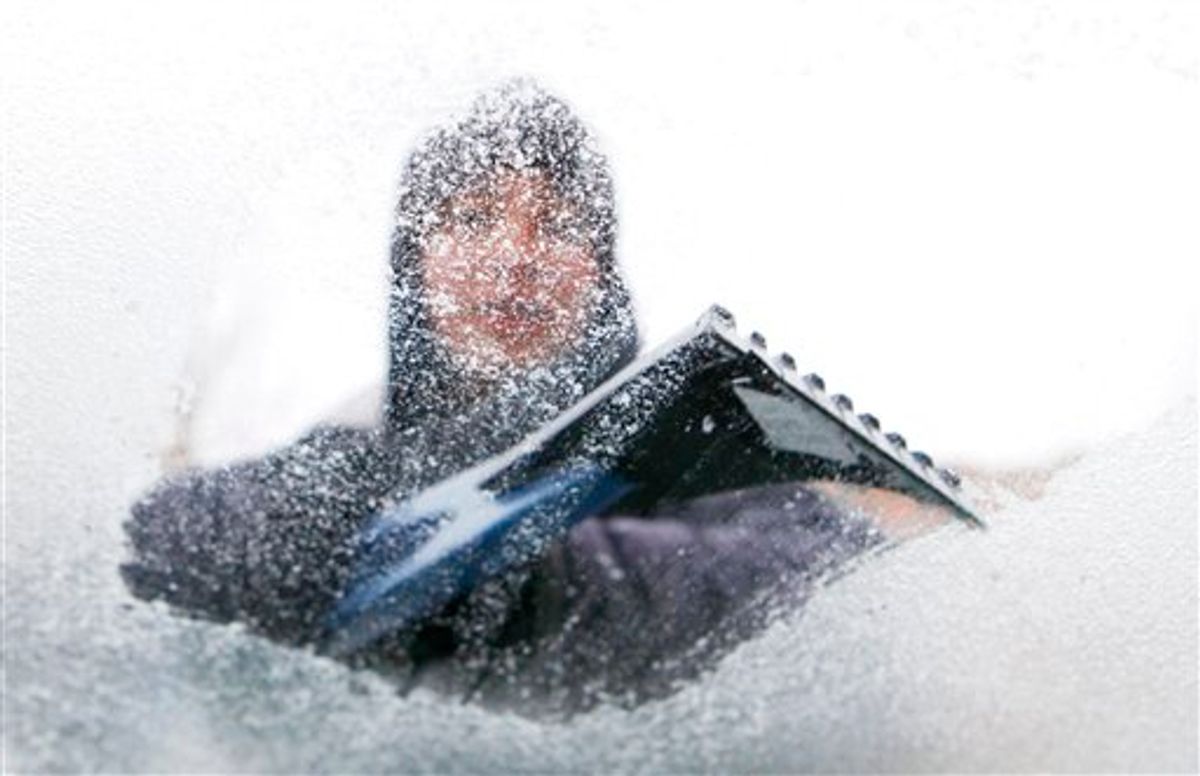 Lydia Vasquez scrapes ice from the windshield of her automobile in Denver on Monday, Jan. 31, 2011. A front moved through the state early Monday morning bringing with it freezing rain, snow and cold. (AP Photo/Ed Andrieski) (AP)
--

Yesterday we showed you some of the best images from the storm that, at that point, had yet to really rear its ugly head. Since then, the Midwest has been slammed with feet of white powder. In Chicago, Lakeshore Drive became a parking lot. As such, we've added some more images from the last day that capture the magnitude of the snow storm.

The Iowa National Guard responds to the blizzard last night.

And some cars have disappeared almost entirely.

Tim Houchin walks in the snow to work downtown, Tuesday, Feb. 1, 2011 in Tulsa, Okla. Blizzard conditions struck the Tulsa area stranding motorists and shutting down much of the city.

A pedestrian walks along the shore line of Lake Michigan Wednesday, Feb. 2, 2011 in Chicago.

Snow accumulates in a pickup truck that was stranded and left open on Lake Shore Drive, Wednesday, Feb. 2, 2011 in Chicago. A car braves the elements. (photo via Flickr/Trace Meek) Milwaukee as the blizzard approaches. (photo via Flickr/Julia Taylor) Everything is icicles. (photo via Flickr/Dendroica cerulea) Snow plows charge down Interstate 55 in St. Louis. A blizzard warning is in effect for the St. Louis area where early ice and sleet will give way to anywhere from six to 20 inches of snow. (photo via AP/Tom Gannam) Anger, thy name is Cambridge, Massachusetts (photo via Flickr/andrewsmh) All white on I-70 near Boonville, Missouri. Potentially the worst winter storm to hit the state in decades arrived on Tuesday, dumping more than a foot of snow while delivering freezing rain, blustering winds and dangerously cold temperatures. (AP/L.G. Patterson) The blizzard in South Jackson, Illinois. (photo via @EricLawWLBT)