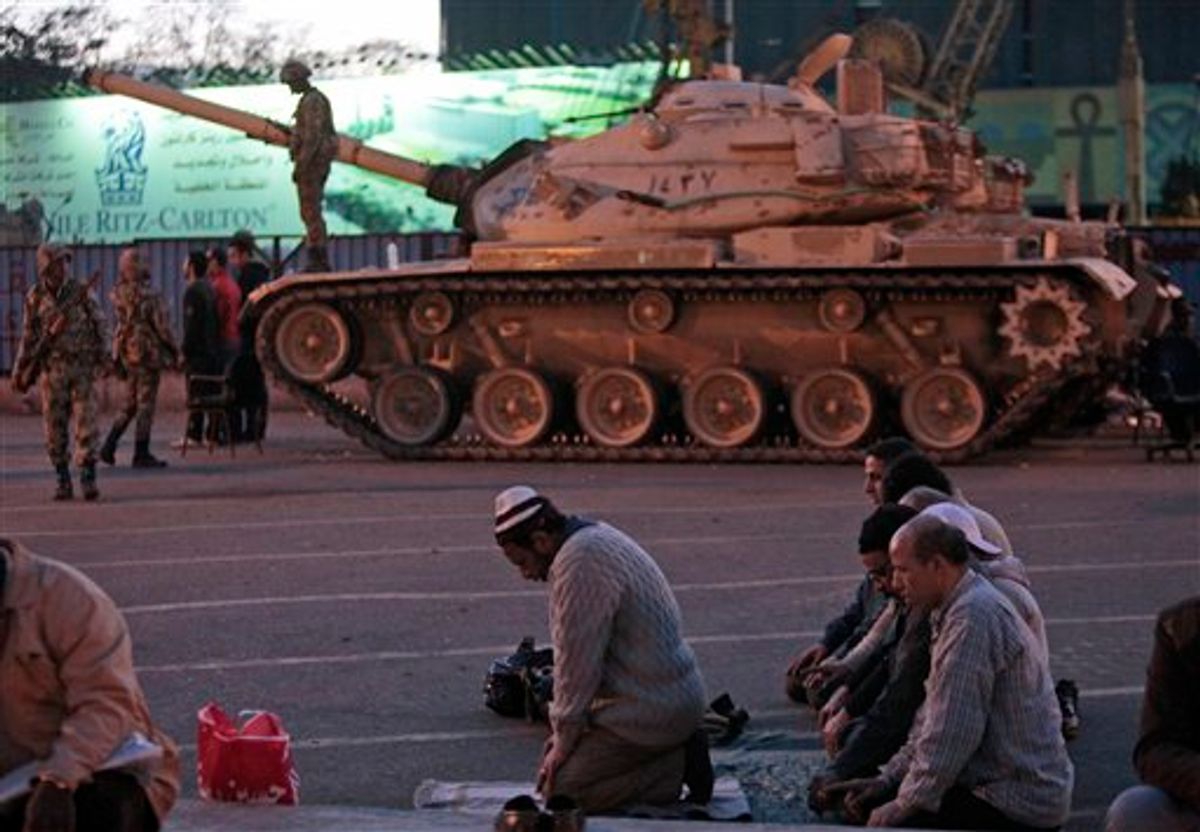 At about 11 p.m. local time Monday, the Noor Group became unreachable, said James Cowie, chief technology officer of Renesys, a security firm based in Manchester, N.H. Renesys monitors massive directories of "routes," or set paths that define how Web traffic moves from one place to another. The Noor Group's routes have disappeared, he said.

Cowie said engineers at the Noor Group and other service providers could quickly shut down the Internet by logging on to certain computers and changing a configuration file. The original Internet blackout on Friday took just 20 minutes to fully go into effect, he said.

Cell phone service was restored in Egypt starting Saturday but text messaging services have been disrupted as protests continue.

Google Inc., meanwhile, said that over the weekend it had developed a new service that will allow people in Egypt to post Twitter messages without an Internet connection. The so-called speak-to-tweet service was developed by engineers from Google, Twitter and SayNow, a company Google acquired last week.

With the service, which is already live, people in Egypt can post tweets by dialing an international telephone number and leaving a voicemail message. The message is then sent out as a tweet with the hashtag (hash)egypt.

"We hope that this will go some way to helping people in Egypt stay connected at this very difficult time," Google said in a blog posting Monday.