Mark Bittman debuts with a food manifesto for our future. It's way too big a subject, and it's perfect 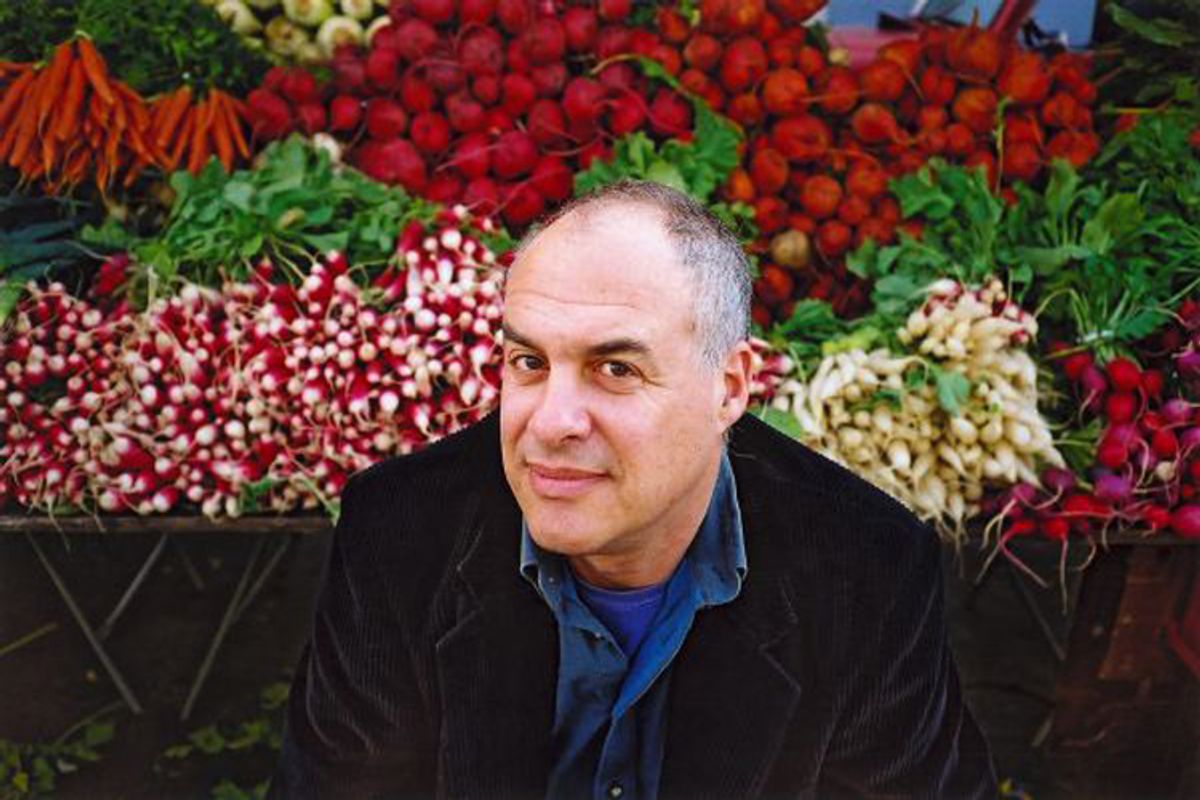 The New York Times' Opinion pages welcomed a new columnist today, and he's ... a food writer. We can save the discussion for what this means for our national dialogue on food for later; right now, I want to point you to Mark Bittman and his inaugural column, titled no less ambitiously than "A Food Manifesto for the Future." It's a nine-point plan to save us from our fast, cheap and out-of-control eating selves, and he might be the perfect person to write it.

A few years ago, Bittman was in a TV commercial. Goofy words flashed on the screen: "BIG DEAL FOOD WRITER" and under them, the man who normally exudes an utterly casual confidence looked nonplussed. They had him leaning in a weird way, a way that was supposed to suggest a level of informality, but only made him look, unfortunately, like he couldn't stand up straight while he was singing the praises of the product.

What I'm saying is that the man who spent a dozen years writing a wildly popular column called "The Minimalist" is visibly uncomfortable with bull. His great talent is to make good cooking and good food seem totally natural, totally simple and totally understandable. ("The Minimalist" is still my girlfriend's all-time favorite food column. Ahem.) But I don't begrudge him the success; no one else I can think of can pull off a newspaper story -- a newspaper story, not a book -- called "101 meals ready in 10 minutes" and have it make sense, let alone read well and taste great. True to the column's name, he boils down cooking to its minimal essentials. He reduces without dumbing down.

And now he takes that sensibility to talking about the absurdly complicated world of food production and policy. Today's piece doesn't present startlingly original analysis and insight, but rather lays out pretty much everything that food policy geeks have been talking about for years ... in 818 eminently sensible words. Like this:

Break up the U.S. Department of Agriculture and empower the Food and Drug Administration. Currently, the U.S.D.A. counts among its missions both expanding markets for agricultural products (like corn and soy!) and providing nutrition education. These goals are at odds with each other; you can’t sell garbage while telling people not to eat it, and we need an agency devoted to encouraging sane eating. Meanwhile, the F.D.A. must be given expanded powers to ensure the safety of our food supply. (Food-related deaths are far more common than those resulting from terrorism, yet the F.D.A.’s budget is about one-fifteenth that of Homeland Security.)

Boom! Cue the common-sense revolution! Give it a good read, and let me know what you think in the comments.