The U.S. president speaks directly to Egypt's people, saying, "We hear your voices." 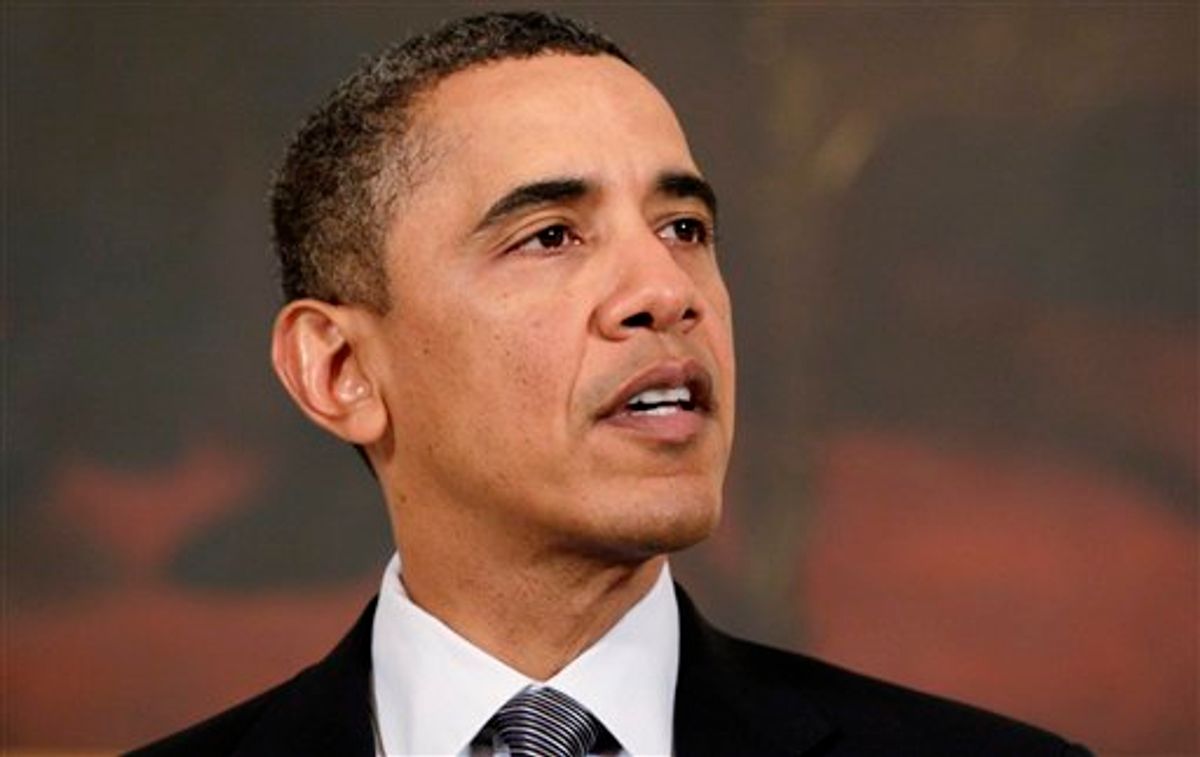 President Barack Obama says the passion and dignity demonstrated by the people of Egypt has been an inspiration. He says young protesters will reach their destiny.

In brief remarks at the White House Tuesday evening, the president said, "We hear your voices."

Obama's remarks came after besieged Egyptian President Hosni Mubarak (HAHS'-nee moo-BAH'-rahk) announced he would not seek re-election after 30 years in power. Thousands of protesters in Cairo and other Egyptian cities are demanding that Mubarak step down immediately.

Obama ignored a reporter's question about whether Mubarak should leave now instead of waiting for elections in September.

The White House said Obama initiated a call to Mubarak Tuesday evening and the two spoke for 30 minutes.