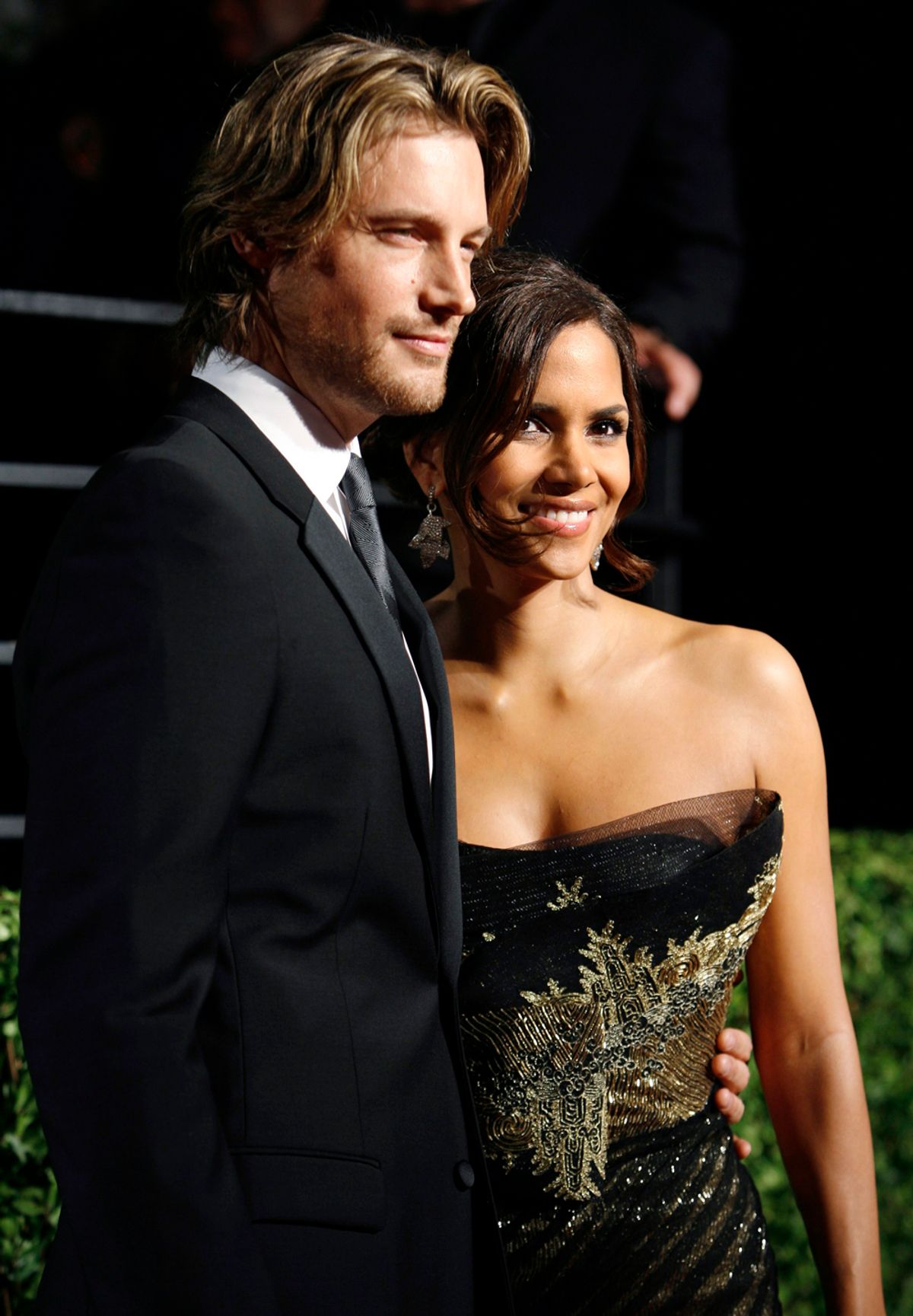 Halle Berry sure can pick them. The beautiful, Oscar-winning actress has the kind of romantic history that would make even Jennifer Aniston and Sandra Bullock wonder, "What was she thinking?" Lately, with rumors of racial epithets on one side and freak-outs on the other, her custody battle with her ex, model Gabriel Aubry, is getting nasty faster than a "Real Housewives" reunion. But it's only the newest disaster in a public life marked by revelations of private heartache and pain.

Berry has long been open about her tumultuous past, one that has at its center a father she says was an alcoholic who abused her mother and her sister. "Domestic violence is something I've known about since I was a child. My mother was a victim of it," she said in a 2005 "Inside the Actor's Studio" interview, a situation that eventually led to problems in her own relationships. "Early on in my life I made choices," she said, "and I chose men that were abusive because that was what I knew growing up."

But the turmoil didn't end in her youth. After her acrimonious divorce from baseball player David Justice, she filed a restraining order and she says she became suicidal.  "I was sitting in my car, and I knew the gas was coming when I had an image of my mother finding me," she said in a Parade interview 10 years later. Next, her four-year marriage to musician Eric Benet ended when he fessed up to a string of infidelities and wound up in a sex addict rehab program, which is right up there on the list of ways you don't want your marriage to end. For the kicker, he tried to get their prenup dissolved. During their relationship, she was also involved in a hit-and-run and ordered to perform 250 hours of community service for leaving the scene of an accident. "Halle came into the relationship with her issues and I came into the relationship definitely with my issues," Benet said later. "It was like the Titanic going down."

And now, it seems Berry went right from the Titanic to the Andrea Doria, with daughter Nahla, who turns 3 next month, right there on the deck with her. When Berry and Aubry began their relationship in 2005, it seemed maybe this would be the one that stuck. "I'm really happy in my personal life, which is a novelty to me," she said at the time. "You know, I'm not the girl who has the best relationships." Even when the couple broke up last spring, the relationship seemed amicable. In last September's Vogue, Berry said: "We have always been friends, we're still friends, we love each other very much, and we both share the love of our lives. And we are both 100 percent committed to being the best parents we can be."

But perhaps it's telling that by December, right around the time Aubry was petitioning for paternity, Berry had returned to her theme of domestic abuse, and the damage done by her own childhood. "Honestly, I think I've spent my adult life dealing with the sense of low self-esteem that implanted in me," Berry said to CNN. "Somehow I felt not worthy. Before I'm Halle Berry, I'm little Halle, who was a little girl growing in this environment that damaged me in some ways."

Then this week, Berry's reps issued the cryptic statement, "Halle has serious concerns for her daughter's well-being while in the care of her father for any extended period of time and is prepared to take all necessary steps to protect her. Halle has always made the needs and safety of her daughter her first priority and, both while Halle and Gabriel were a couple and since their break-up, Halle has only acted in her daughter's best interest." With its mentions of protection and safety, the statement certainly speaks to Halle's familiar image as an abuse survivor. And in a cover story for the new People, that notion gets even more traction from Aubry's former friend Stephane Bibeau, who says, "Once they broke up he became verbally threatening to Halle. He is a vindictive guy." Furthermore, Bibeau and other sources have been scurrying to the press with the big guns, claiming Aubry used racial slurs on Berry, both verbally and via text messages.

Aubry, meanwhile, contends he's a "a caring father" who "will always defend his rights as a father and will always consider Nahla's best interest. Halle's continuing allegations in the press are untrue and irresponsible." And a "source" close to Aubry claims Berry's ex has texts and voice mails from the actress that reveal her apoplectic, vindictive nature – tirades that, as with all things pop culture-related, somehow involve Kim Kardashian.

So who's telling the truth? Unless those damning voice mails and texts start showing up -- and at this point it sure looks like we're about 15 minutes away from that -- there's no way to tell. What is certain, however, is Berry's own consistent acknowledgment that like many women who claim to have grown up with abuse, she keeps finding herself in situations destined to bring a world of hurt. But whatever her expectations for herself, she now has to figure out how to mother a daughter of her own. Can a woman whose relationships haven't just gone badly but have gone badly in front the world raise a girl who can do better for herself? Nahla -- and the people she loves -- will someday know the answer. But in the meantime, the challenge for any parent who's survived childhood trauma is to assure that a legacy doesn't turn into a prophecy.