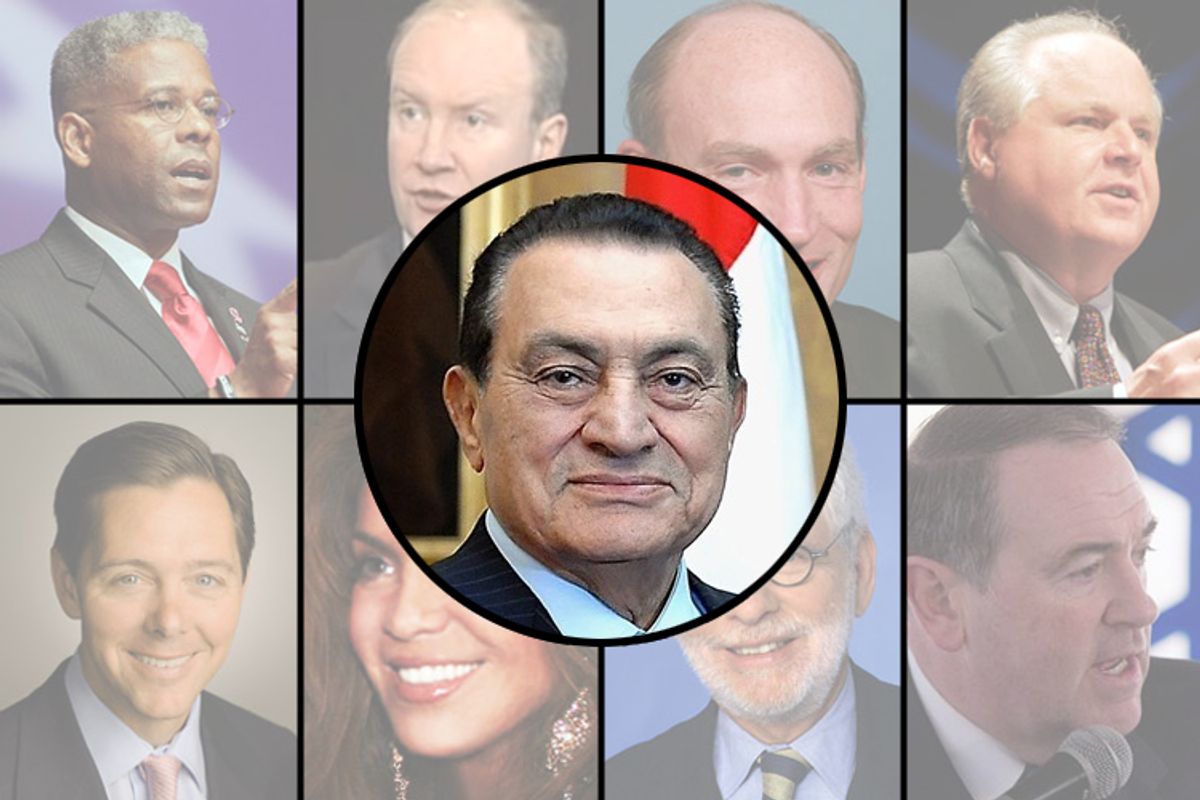 Hosni Mubarak has ruled Egypt as a brutal dictator for 30 years, barring basic rights like freedom of speech and assembly and regularly employing torture to suppress political opposition. So when massive and unprecedented pro-democracy protests broke out in the last week, it was an easy call for many Americans: The ordinary Egyptians demanding that Mubarak go deserved support. The Obama administration, mindful of the United States' longtime alliance with Egypt, has been more hesitant; but statements by Obama officials in support of a "transition" from the Mubarak regime have been growing stronger by the day.

Nevertheless, there are a handful of politicians and pundits who are actively decrying the protests -- and even, in a few cases, explicitly supporting the Mubarak regime.

Sometimes the argument comes in the form of "I support democracy, but only if I agree with the results." Sometimes it's about Israel, which has a peace treaty with Egypt. Sometimes it's distaste with protest leader Mohammad ElBaradei, who angered conservatives during his stint at the head of the International Atomic Energy Agency. Often it has been fear of the Muslim Brotherhood, which has a role in the protests. (The group, it should be noted, was actually late to join the movement. And it is hardly the only group behind the protests.)

Here is a guide to those giving aid and comfort to Mubarak in America.