Muslim Brotherhood calls for an end to Mubarak's reign 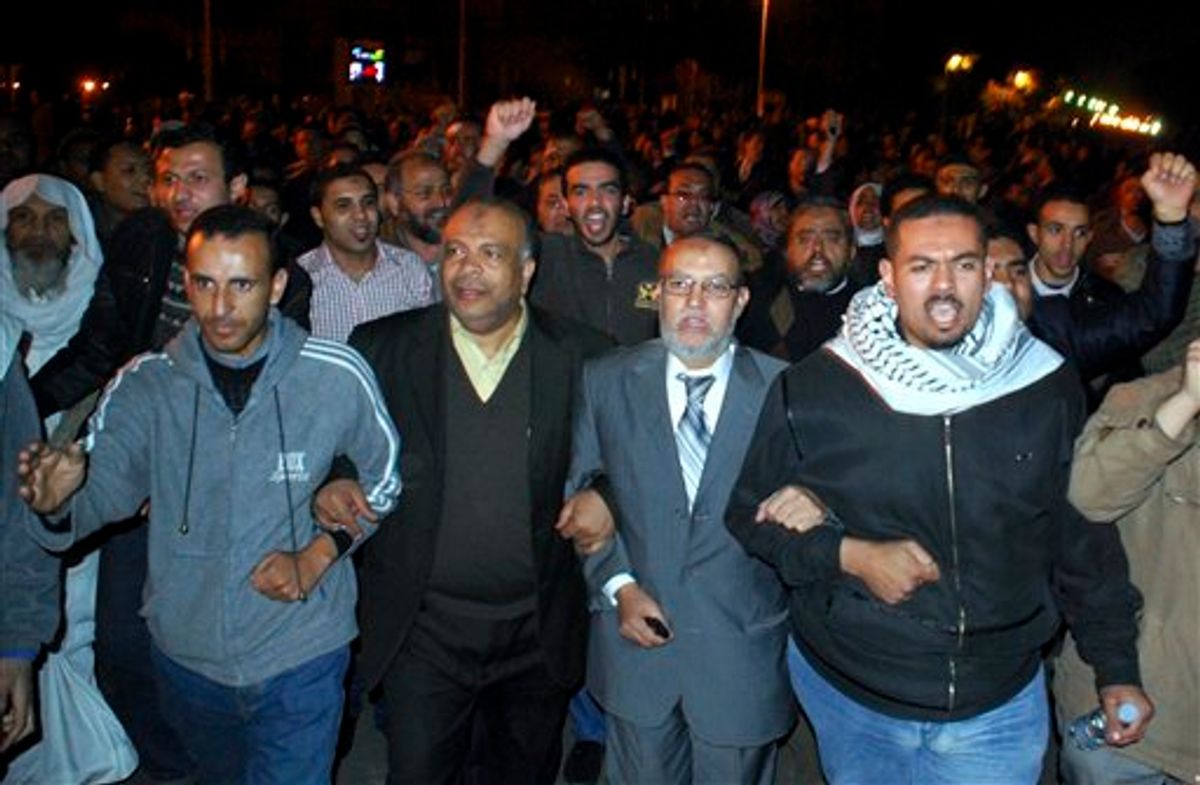 We demand that this regime is overthrown and we demand the formation of a national unity government for all the factions.

This is the first time since the anti-government protests broke out almost two weeks ago that the Muslim Brotherhood has made a public statement about Mubarak. The Brotherhood did not take part in the protests initially, but as the largest force of opposition in Egypt, they soon became directly involved.