With their most electric figure home in Alaska, who should close out the annual conservative conference? 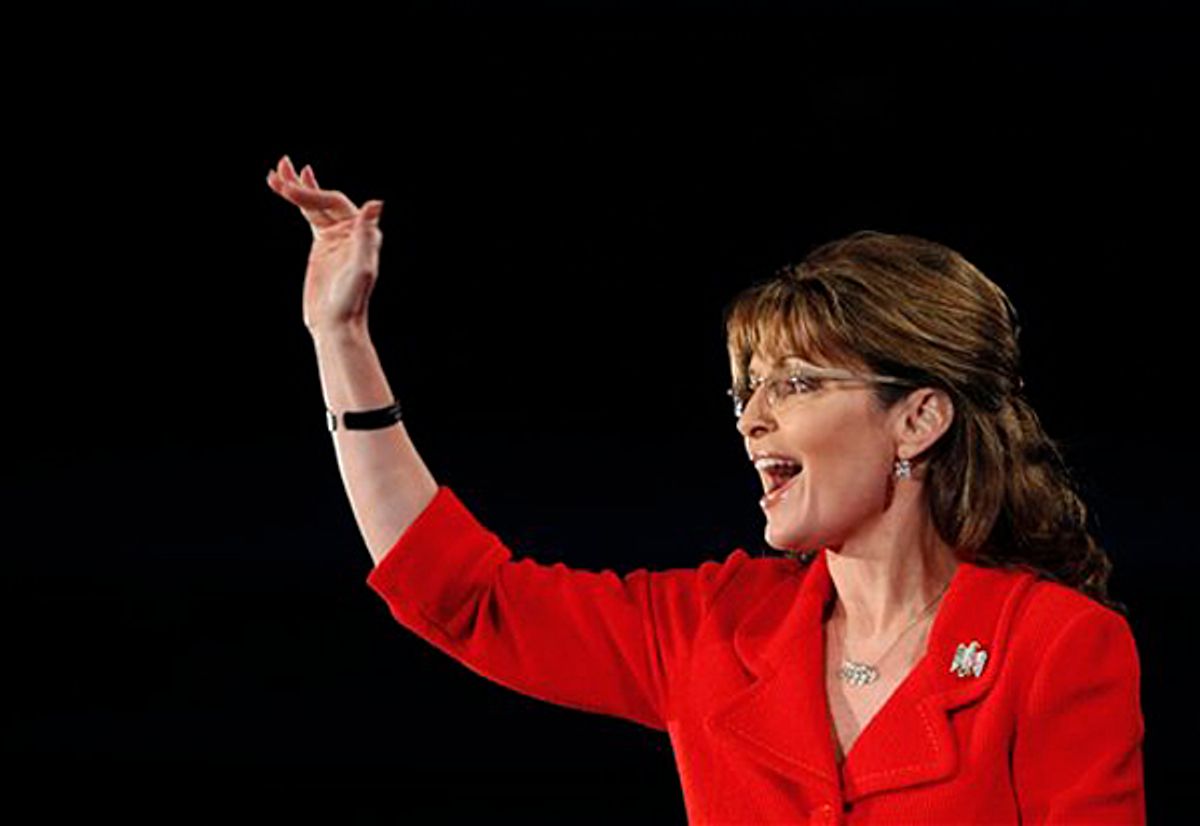 Every year, Sarah Palin is invited to the Conservative Political Action Conference, and every year she decides not to go. This tradition actually dates back to before she was selected as John McCain's running mate! This year, organizers asked her to give the "keynote" speech after the straw poll on the last night of the event, which is the sort of thing that a would-be Republican presidential candidate should really want to do, but even that was not enough to get her to show. It is, according to the American Conservative Union, a "scheduling issue," which I think means that Sarah Palin only makes room in her schedule for events organized by people who pay better than CPAC. ""February is our busiest winter month," "Palin" "wrote" in an e-mail to the Washington Post. (Because she is a romantic groundhog who loves presidents.) Now CPAC is a week away and they don't have a keynote speaker. While I'm sure Newt Gingrich would be happy to fill in, people might be a little burned out on Newt by Saturday after he spends the entirety of the previous two days speaking, constantly. Here are a couple ideas to fill the keynote, offered free of charge to CPAC organizers: