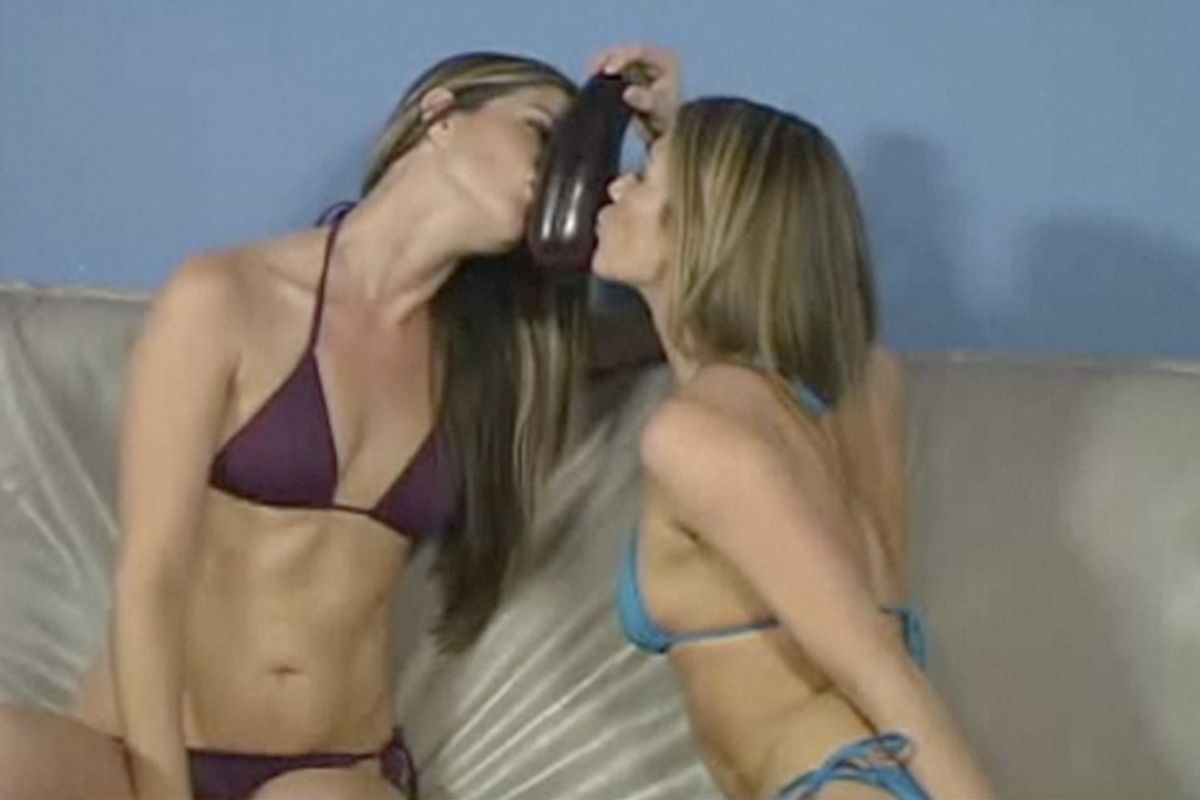 If you're ever in need of a relevant example of good intentions gone terribly wrong, just ask yourself, hey, what has PETA done lately? And if you're ever wondering how dehumanizing animal rights can be, look no further than its oh-so-naughty, "too hot for TV!" new campaign.

People for the Ethical Treatment of Animals has long flaunted its flair for outrageous measures in its ostensible quest for a cruelty-free world. President and chief Ingrid Newkirk has cheerfully described her organization as "complete press sluts," saying, "We would be worthless if we were just polite and didn't make any waves. " And polite they are not. In the past, they've handed anti-fur fliers out to children at holiday performances of the Nutcracker. They've done campaigns comparing meat to a "holocaust on your plate." Basically, they're jerks.

On the other hand -- puppies! Who doesn't like puppies? Who doesn't believe we should be nice to them? Also, celebrities! Movie stars and directors and even the woman who's worn a dress made of meat, Lady Gaga herself, have lent their fame to PETA's various causes. And then there are the hot people. PETA's hugely eye-catching "I'd rather go naked than wear fur campaign" has for years shown off the heavily Photoshopped assets of Eva Mendez, Khloe Kardashian and even a dude or two.

Look, I get it -- babes fellating zucchini, what's not to like? But in much the same way that PETA asks the public to take a responsible look at the truth behind the alluring facade, let's consider what's really going on here. PETA is eagerly trumpeting the campaign as its "banned Super Bowl ad" -- despite the fact that NBC apparently has said the spot could run if PETA toned it down a few notches.  That's unsurprising, given the fact that as it stands now the ad seems to stop just shy of double penetration. It also makes me never want to touch a stalk of celery again, though I give originality points for the tossed-salad money shot.

Even more absurd than PETA's drummed-up "banned" BS is the clever trap awaiting horny would-be vegetarians at the "Casting Session" section of its website. You didn't think the people who've handed out bloody "Unhappy Meals" outside McDonald's are going to let you off the hook easily, do you? If you're not quick, that dirty little video – embedded right next to a group shot of high-heeled ladies about to get it on with radishes -- will segue right into a new clip, titled "Free Me." And it's not nearly as pornographic as it sounds, unless bloodied-up livestock is your thing. Did they trick you into thinking that this was actually about being sexy and having fun? Gotcha! Snap out of it and look at what's going on in this slaughterhouse! Somebody, please give Ingrid Newkirk a copy of "A Clockwork Orange" for a rundown on how effective this kind of ploy is.

There are a million great reasons to care about animals, and the impact that their welfare has on the planet and human health. We can't assume that their lives and the ways in which they're treated are somehow disconnected from our own. But concern for animals doesn't give anybody the right to be a douche to humans. It certainly doesn't lend credibility to a cause when lurid, graphic scare tactics are the prize at the end of some slick little "Show me how much you luuuuuuve vegetables" spank fodder. And based on its endless use of naked and nearly naked girls to push its agenda, maybe it's time to ask why an organization so dedicated to veganism is so eager to treat women like pieces of meat.