On the 100th anniversary of his birth, we'll leave the mythology and hagiography to others 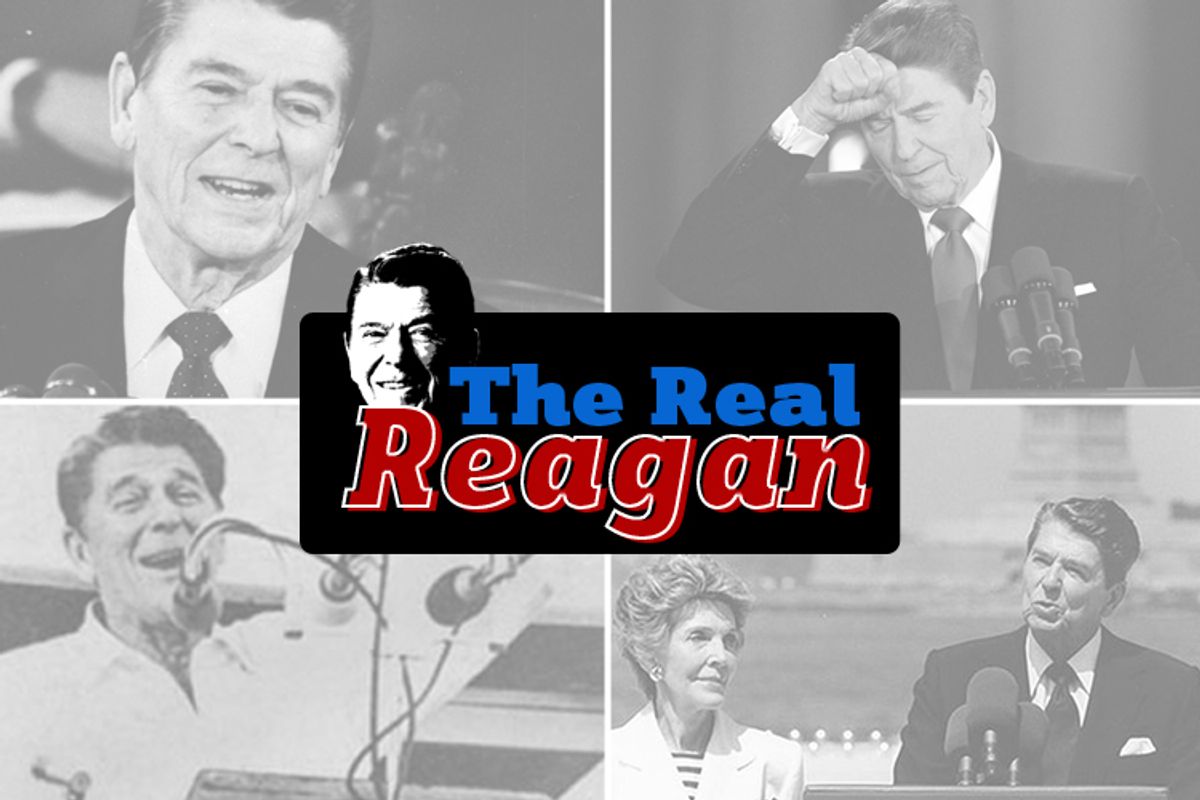 The 100th anniversary of Ronald Reagan's birth has arrived, and hagiography is in the air. More than any modern president (with the possible exception of JFK), Reagan has been the beneficiary of a dogged image enhancement campaign in the years since he left the White House, one that has cemented his status as a saint to the right, and left a new generation of Americans who don't remember much about the 1980s to assume that the decade was marked by one long love affair between a president and his people.

But the reality of Ronald Reagan's presidency, and of Reagan's three-decade career in politics, is far more complicated -- and far more interesting.

It's a topic we found ourselves writing about frequently in 2010, as Barack Obama's poll numbers ebbed in the run-up to what proved to be a gruesome midterm election for him and for his party. Many of Obama's foes on the right delighted in drawing unflattering parallels between the hobbled president and Reagan -- and plenty of voices on the left joined in. To us, this was a vivid illustration of the degree to which Reagan mythology had taken hold: Few seemed to appreciate that in his first two years as president, Reagan's poll numbers plummeted just as dramatically as Obama's (and bottomed out an even lower level) and that even many of his allies dismissed him as a certain one-termer.

Ronald Reagan is one of the most consequential American political figures of the postwar era. His rise in politics, his record as president, and his legacy deserve careful and critical (but fair and respectful) examination -- not feel-good hagiography. Over the next four days, we aim to provide just that with a series that casts the mythology aside and introduces -- or reintroduces -- America to the real Ronald Reagan.