"How I Ended This Summer": A thriller from the Russian Arctic

Pick of the week: "The Shining" meets "Shutter Island" in the subtle, spectacular "How I Ended This Summer" 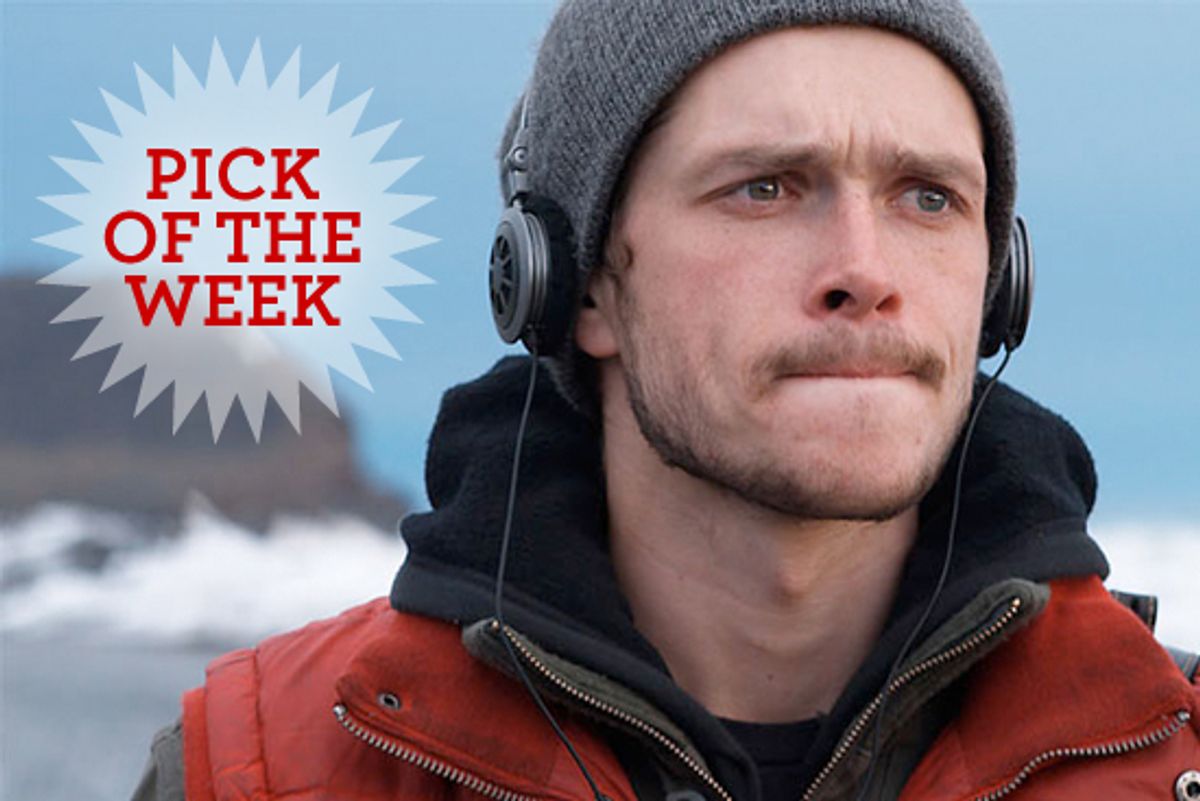 Grigory Dobrygin in "How I Ended This Summer"
--

I feel pretty safe in telling you that there are layers of social and political allegory beneath "How I Ended This Summer," Russian director Alexei Popogrebsky's thriller about two men alone in the Arctic. I mean, it's a Russian movie -- that goes with the turf. But you don't have to go spelunking for deep meanings below this impressively crafted piece of cinema to enjoy it. Filmed at an actual meteorological research station in the Russian Arctic coast that was built under Stalin, "How I Ended This Summer" combines memorable images of the gorgeous, rugged wilderness, meticulous sound design that emphasizes the characters' isolation, a dash of dark wit and a dose of madness.

Yes, if you're keeping score at home that makes three weeks running that Pick of the Week has settled on a foreign film from a snowy northern country (with a fourth, I suspect, on the way next week). I'm not exactly doing it on purpose, but it may well have something to do with the amazing winter those of us in the eastern two-thirds of the country are enduring. Actually, compared to the frozen slush of the Northeastern megalopolis in February, the desolate beauty, perpetual sunlight and endless seafood buffet of an Arctic Ocean summer look like Barbados.

Officially, we learn very little about Pasha (Grigory Dobrygin) and Sergei (Sergei Puskepalis), the entire crew of this remote island station. They're spending the Arctic summer monitoring instruments and sending the numbers back to some central authority, but we're never quite sure what they're reporting and why, we don't know where they came from, and we don't learn much about their lives back in civilization. There might be 20 years or so between them, and Pasha, a sleepy-eyed, earring-clad, Brad Pitt-looking hipster type, is familiar with all kinds of new technology that the grizzled Sergei views with disdain. It's Pasha's first and probably only summer on the island, while Sergei's been coming there for years, and feels intimately connected with a tough-guy history that goes back to 1935.

Popogrebsky builds the psychological tension slowly but inexorably, delivering spectacular time-lapse shots of the changing landscape in this barren but beautiful place (the cinematography is by Pavel Kostomarov) and an entire litany of subtly disorienting sounds: The nearly constant background crackle of radio static; the sloshing of the sea, the hammering of wind and the cries of birds; the ubiquitous house-metal dance music from Pasha's headphones. The film is often so spectacular, so hypnotic, that you just want to swim in its sensual wonders -- but it's propelling a narrative too. Eventually we notice, without anyone mentioning it, that while Pasha and Sergei sleep and cook walrus meat and report incomprehensible data and play video games (OK, only Pasha does that), the sun never, ever goes down. The landscape goes from morning to noon to afternoon to early evening and then starts all over again. You know, it might be enough to make you a little crazy.

Sergei and Pasha have settled into a tense but reasonably stable dynamic -- the former as borderline-abusive dad, the latter as recalcitrant teenager -- and life at the station is a strange combination of barren and idyllic. The principal threats seem to be boredom and loneliness, although it's true that each man must carry a shotgun every time he leaves the station. (A geophysicist at a nearby base was eaten by a polar bear 30 years earlier.) Then Sergei decides to skip a few shifts to go catch them a barrelful of fresh Arctic trout, and while he's away Pasha receives an emergency radio message delivering terrible news.

Like almost every other thriller in the genre's history, "How I Ended This Summer" turns on one character doing something that's both logically implausible and self-destructive. Why doesn't Pasha give Sergei the bad news directly, as soon as he gets back to camp with his load of fish? To answer that question fairly, you really have to see the film. I mean, of course it doesn't make sense -- but being trapped on an Arctic island with a hot-tempered, violent loner who's just learned something that might shatter a normal man's personality, well, that doesn't make sense either.

Anyway, the important part is that it's Pasha's moral decision, or maybe his cowardly inability to make one, that pushes "How I Ended This Summer" into the realm of quasi-Hitchcock intrigue. Pasha constructs a teetering edifice of lies and deception in order to keep the truth from Sergei, and when he can manage that no longer he heads out on his own into the Arctic fog, trying to wend his way between a murderous Sergei and the hungry bears, between a fatal mistake and acts of criminal madness. This isn't quite a horror movie, nor does it have some astonishing plot switchback near the end, but nonetheless there are elements of, say, "The Shining" or "Shutter Island" here, in that Pasha has to recognize who his principal enemy is if he hopes to survive.

As I suggested earlier, I think you could successfully interpret "How I Ended This Summer" as a fable about generational conflict in Russia, with Pasha representing the complacent, entitled post-Soviet new technology crowd, and Sergei standing for an old-school, Communist-era ethos of macho struggle and sacrifice. Each has a fatefully blinkered vision of each other and their shared circumstances, and their struggle with each other and themselves carries the weight of a moral or religious conundrum, as if they were in a Tolstoy story instead of an Arctic thriller. By the end of this spectacular, unsparing, surprisingly hopeful film, Popogrebsky argues that if these men from different eras and different worldviews can find some way to communicate, they may yet get off that damned island.

"How I Ended This Summer" is now playing at Lincoln Plaza Cinema in New York. It opens Feb. 11 at Cinema Village in New York and Feb. 25 at the Sundance Kabuki Cinemas in San Francisco, with other cities and DVD release to follow.