"Into Eternity": The quest to make us forget nuclear waste 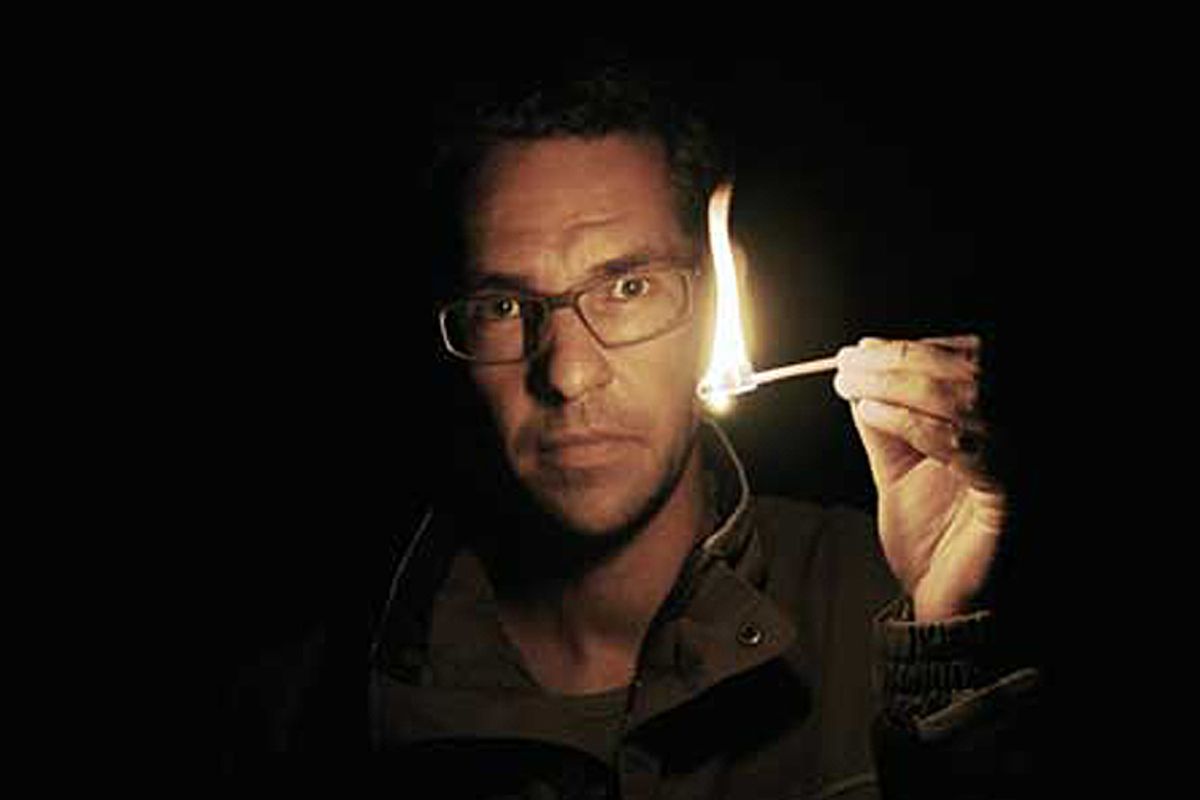 A still from "Into Eternity"
--

A spooky meditation on the impossibility of communicating with the distant future, Danish director Michael Madsen's "Into Eternity" is more like a troubling dream, or outtakes from an abandoned David Lynch project, than a conventional documentary. Ostensibly, "Into Eternity" is a movie about Onkalo (the Finnish word for "hiding place"), an immense underground facility currently under construction in Finland that is meant to be the world's first permanent repository for nuclear waste. If it is completed and then sealed up as planned, sometime in the 22nd century, it will comprise more than three miles of tunnels extending at least 500 meters down into the ancient Finnish bedrock.

Madsen (who is no relation, I assume, to the American actor of the same name) conducts oddly formal, carefully composed interviews with government officials, scientists, doctors and theologians; leads a guided tour through the timeless, cathedral-like darkness of Onkalo; and addresses the audience, often by the light of a single match, as if we were intruders from the future venturing into this forbidden place. If that sometimes seems like an arty, mannered approach to a subject that could have merited a straightforward news documentary, it's because Madsen is trying to draw our attention to the mind-bending moral and philosophical problems at stake.

What in God's name do we do with the 250,000 tons or so of nuclear waste that now exist in the world -- and that will remain lethal countless generations into the future? With the demand for cheap energy growing exponentially and the fossil-fuel era nearing its end, nuclear power will be a major part of the mix for at least the next several decades. We will have to build dozens or hundreds of facilities like Onkalo all over the world, and somehow protect them from "human intrusion," as the Onkalo builders put it, into an unimaginable future when our civilization will be dead and forgotten.

Maybe that sounds unnecessarily apocalyptic, but one of Madsen's main points is that with nuclear waste we're confronting a time scale that can't easily be grasped. Spent nuclear fuel will remain poisonously radioactive for at least 100,000 years, while human civilization, even if you stretch the definition to its outermost limit, goes back perhaps 10,000 to 12,000 years. (If you restrict the definition to literate societies concerned with passing along their own history, it's more like half that number.) Our Middle Paleolithic ancestors 100,000 years ago hunted mammoths with stone-tipped spears; while we're pretty confident that they used language, made art and practiced religion, everything we know about their culture is basically educated guesswork.

So it's both arrogant and illogical to assume that anything we say or think or do will be comprehensible to people who live 3,000 generations from now. Given the global environmental and climate crisis, it's probably an even-money bet as to whether there will be people at all. If anyone's still here, we can't even begin to guess whether their technology will have escalated unimaginably, regressed to a neo-medieval level, or something in between. So as one interviewee in "Into Eternity" puts it, Onkalo has been designed to be "independent of human nature," as well as independent of nature, period. Wars, earthquakes, economic depressions, greenhouse effects and ice ages may come and go on the surface, but the 1.8 billion-year-old granite below the Finnish forest is not likely to change at all.

A perennial pop-science debating topic surrounding places like Onkalo is the question of whether we should try to tell our descendants about them, and if so, how. There's no shortage of ideas: A Stonehenge-style circle of obelisks, with detailed warnings in every United Nations language (and blank stones to accommodate languages of the future). Symbolic sculptures built on the site, such as a forbidding thicket of thorns. Wordless red signs using the contemporary symbols for radiation and poison, alongside a human figure running away. A copy of Edvard Munch's painting "The Scream," which, as one person observes, would radiate danger and menace to any possible human viewer. (If our civilization is succeeded by an alien species or a race of intelligent insects, then all bets are off. Maybe they'll want to dig up all that plutonium and eat it.)

On the other hand, curiosity has proven to be an irresistible force in human history, absolutely none of the curses and warnings and imprecations placed on ancient burial sites have deterred modern archaeologists from digging stuff up. Onkalo won't be completed and sealed until long after you and I and everyone who designed it are dead, but the somewhat muddled current thinking leans toward forgetting, rather than remembering. Sometime around the year 2150, the gates of Onkalo are to be plugged with concrete, with many loads of dirt piled on top of that, and the area will gradually revert to being forests or farms or homesteads. If our great-great-grandchildren's great-great-grandchildren (the thinking goes), don't ever know that anything was buried there, they'll be a lot less likely to find it again.

Perhaps paradoxically, the Finnish government is required to create an archive explaining what Onkalo is and what's buried there, and then review it once a generation to make sure it's comprehensible. As Madsen puts it, this is essentially asking people to remember that there's something they must forget, but perhaps that captures the worldwide cognitive dissonance around the issue of nuclear waste disposal. As seen in "Into Eternity," the vaulted tunnels of Onkalo sometimes seem like a metaphorical, Freud-meets-mythology underworld. But they are all too real, and this impressive construction -- designed to last longer than any manmade edifice ever has -- is a vivid illustration of the way our consumer society has mortgaged the planet's future to keep the lights on.

"Into Eternity" is now playing at Film Forum in New York, with other cities to follow.