Is JPMorgan the new Goldman Sachs? 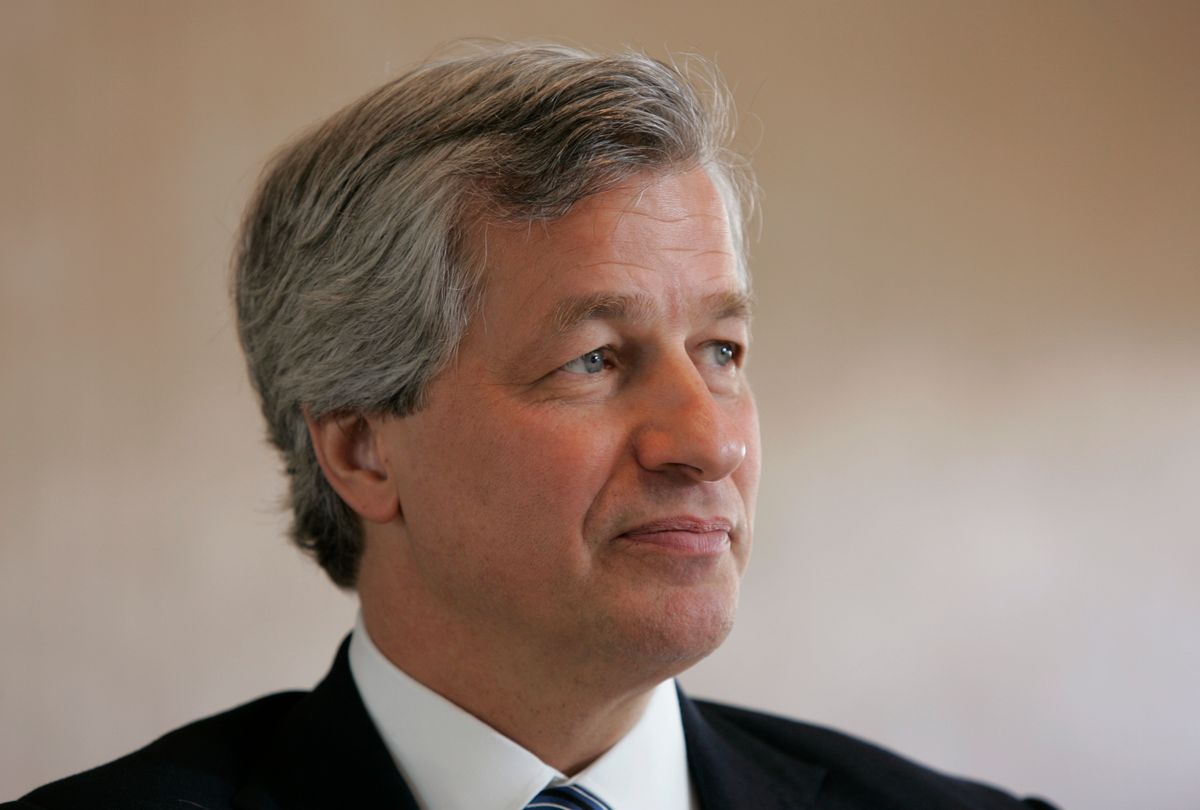 Stories about crooked bankers are a dime a dozen these days. After the credit crunch, the American public was inundated with reports of abuse, fraud, overleveraging and other malfeasance. When it comes to financial institutions, it's probably fair to say that our expectations have been lowered a bit. So what does a bank have to do to become universally despised these days? We may soon find out.

JPMorgan Chase was just implicated -- in a very real way -- in the Bernie Madoff quagmire. Irving Picard, the bankruptcy trustee tasked with recovering ill-gotten gains from the Ponzi scheme, filed suit against the bank as early as last December. However, the court sealed the lawsuit, and only now are its details coming to light. Picard seeks $6.4 billion in damages for the Madoff victims, arguing that JPMorgan wasn’t just complicit in the fraud, but actually central to it.

David J. Sheehan, the trustee’s lawyer, bluntly asserted that Mr. Madoff "would not have been able to commit this massive Ponzi scheme without this bank.”

The salient facts tell a remarkable story of awful judgment and arguably criminal negligence. Take this example from the same Times article:

On June 15, 2007, an evidently high-level risk management officer for Chase’s investment bank sent a lunchtime e-mail to colleagues to report that another bank executive "just told me that there is a well-known cloud over the head of Madoff and that his returns are speculated to be part of a Ponzi scheme."

Picault further accuses JPMorgan of packaging financial products tied to Madoff holdings even after developing suspicions about the now-infamous huckster. Quite the fall from grace.

While JPMorgan hadn't been immune to populist banker-hate, it emerged from the recession in better condition than many other financial firms. (See: Citigroup, Bear Stearns and *gulp* Lehman Brothers.) CEO Jamie Dimon was widely credited with insulating the company from the worst of the crisis thanks to careful and deft risk management. The New York Times Magazine even published a mostly flattering cover story on the executive titled "America’s Least Hated Banker."

Dimon, for his part, has aggressively defended the integrity of the industry. He's been a tireless critic of financial regulations such as the Dodd-Frank reform bill. He even proselytized at the World Economic Forum in Davos, Switzerland, decrying the wave of anti-banker sentiment the world over:

"Not all banks are the same and I just think that this constant refrain 'bankers, bankers, bankers' is just unproductive and unfair. People should just stop doing that."

We could be at a tipping point, though. The Madoff revelations are just the latest black eye in a year full of them for the firm.  According to the Wall Street Journal:

J.P. Morgan has been caught up in the storm about foreclosure documentation problems, and recently admitted to wrongly foreclosing on active-duty military members. It added $2.8 billion in litigation reserves the past two quarters combined as it faces lawsuits from investors over mortgage-backed securities.

How bad could it get for JP? For comparison, consider Goldman Sachs, which has become synonymous with the sort of financial abuses that brought the economy down in 2008. The firm came under fire for its cozy relationship with Washington. It was implicated in the collapse of Greece’s economy. It was sued by the SEC for hedging against toxic assets it was simultaneously selling to clients. A popular documentary even detailed its role in economic apocalypse. Arguably none of those infractions carry with them the sort of lightning rod associations that the Madoff affair does. And people loathe Goldman Sachs.

And then there's the bottom line. After a blockbuster 2009, Goldman Sachs’ profits this past year were down 38 percent, as its revenue dropped $8.4 billion. Of course, the decline in profit has more to do with the bank's market positions, and its stock value remained relatively flat. But the figures are hardly confidence inspiring.

Does JPMorgan face a similar fate -- slow growth and universal enmity? Hard to say. Business-wise, things couldn't be peachier. The firm recorded a 48 percent bump in earnings in 2010, alongside $17.4 in profit. But its reputation has certainly taken a hit. And that’s not to mention the likely (and sizable) financial hit the bank will incur from the Madoff lawsuit, whether they go to court and lose or -- more likely -- dish out a hefty settlement.