Why do so many people dislike Katie Holmes? 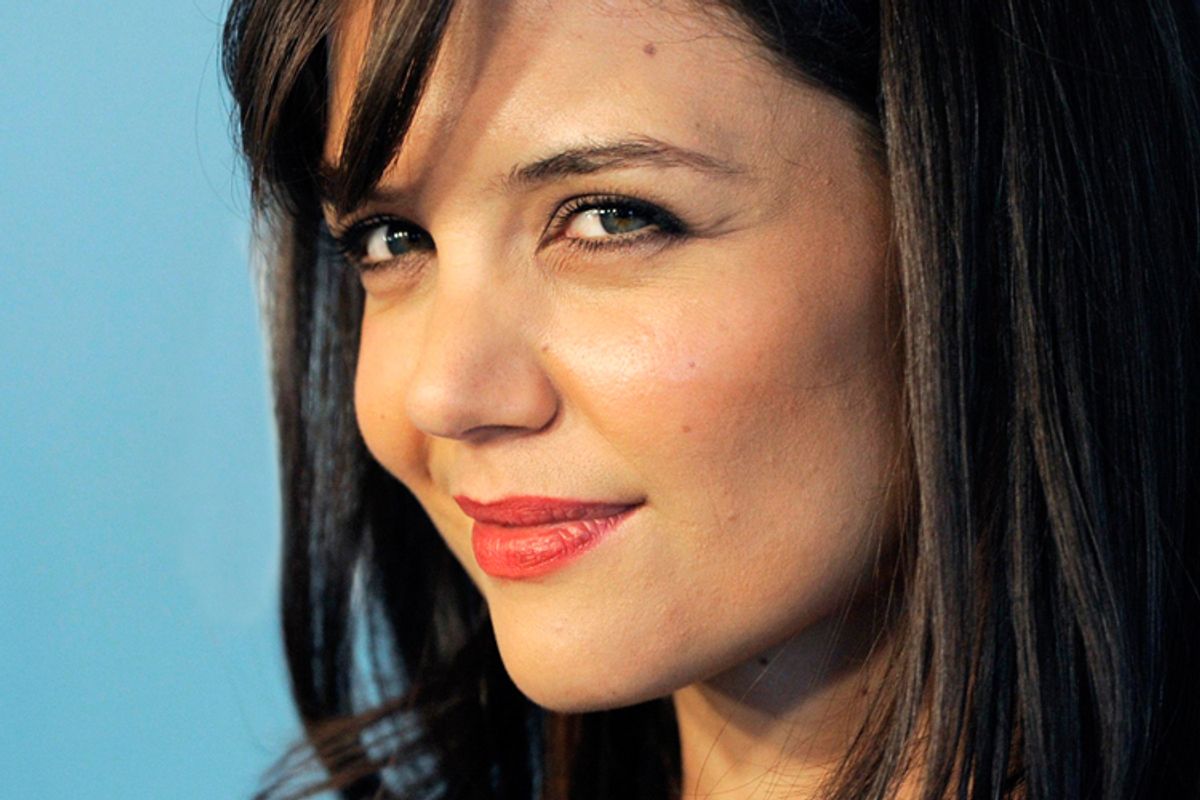 Is Katie Holmes truly so terrible? Well, she's probably not all that great. In recent weeks, she's been the subject of toxic rumors that her new thriller, "Son of No One," was such a bomb at Sundance that audience members stormed out -- a tale eagerly lapped up by legitimate news organizations like Reuters. The Hollywood Reporter observed, "When Katie showed up on screen, there was a collective groan. She plays the wife of a Queens cop and she was completely miscast. They have her cursing a lot. And when she swore, there were chuckles."  And even though other critics who attended the screening have since offered differing accounts of what really went on, the fact that such a rumor started -- and took off with such vigor -- gives an indication of how little Holmes is regarded by audiences and the press.

Maybe the speculation was based on the blink-and-you-missed-it failure of her last Sundance outing, "The Romantics." Or perhaps it was the mixed reviews for her 2008 Broadway debut in "All My Sons," a performance that prompted Ben Brantley to observe that Holmes delivered her lines "with meaningful asperity, italicizing every word." Or maybe it's her freaky husband.

Long ago, the former "Dawson's Creek" star was just another so-so television actress with a string of middling to decent movies under her belt -- Neve Campbell without the girl-on-girl scenes.  But her public image changed forever the day she met actor and couch jumper Tom Cruise in 2005.  Within two months, she was engaged, and within a year she was married and toting around a baby daughter. By then, the actress, who once drew raves for "Pieces Of April" -- Elvis Mitchell praising that "Each actor shines, even Ms. Holmes" -- appeared to have been assimilated by the borg. The former Catholic had embraced her husband's Scientology to the extent that she acquired a new "best friend" -- who doubled as her "Scientologist chaperone." And soon, like many new mothers, she had put her career on the back burner to raise her daughter, the world's most obsessed-over little fashionista, Suri Cruise.

More than five years later, Holmes still seems better known for her shopping trips and hair color commercials than her work. Increasingly, she's a woman who appears less and less to have a there there, one so placid, she's repeated in several interviews that she lets her 5-year-old tell her what to wear.

So when her latest project -- starring as Jackie in an eight-, count 'em, eight-hour miniseries on the pahk yuh cah Kennedys -- was dumped by the History Channel, you could almost hear the schadenfreude. It hasn't slowed down a bit now that the miniseries has been picked up by the fledgling Reelz network, thanks in part to the trailer's revelation of Holmes' apparent typecasting as the breathy, unblinking first lady.

Sure, a big part of the umbrage -- and the bottomless tabloid fascination -- concerns Holmes' seemingly Svengali-like mate. For years, rumors have swirled that Cruise, learning nothing from Japanese horror movies, "auditioned" several comely starlets for the role of his offscreen leading lady before connecting with Holmes. But it's not so much Cruise himself as the notion of a woman who would at best so easily surrender her religious convictions and personal ambitions that makes Holmes such an easy target for shudders. She may possess the Little Miss Perfect vibe that Gwyneth Paltrow practically invented, but she lacks Paltrow's air of steely achievement. And she certainly inspires considerably more vitriol than her Oscar-winning predecessor, Nicole Kidman.

Instead, despite her fame and opulent wealth and weird religion, she hits a nerve because she is that familiar, one-in-every-crowd mom -- the woman whose worshipful marital devotion can be summed up with, "We do collaborate on everything at home. But I mean, he’s Tom Cruise!" She's that lady, the one who dabbles in fashion design even though her company's website has zero images of its wares.  She's the woman who seems, but for one or two different life choices, the sort who'd totally be dominating on "Toddlers and Tiaras." She's the one with the husband everybody really hopes doesn't tag along on the play date, the one who, on the day after you've missed your child's bedtime because you're working overtime to pay for orthodontia, swans onto the playground to complain she's thinking of firing her maid. It doesn’t matter if it's true. What matters is how wholeheartedly audiences swallow it. Katie Holmes may be a well-rounded woman who happens to truly adore her beautiful daughter and movie star husband. But while she is no great actress, when she does her dead-behind-the eyes Stepford shtick, she's chillingly convincing.