Obama to Egypt: Time to transition is now 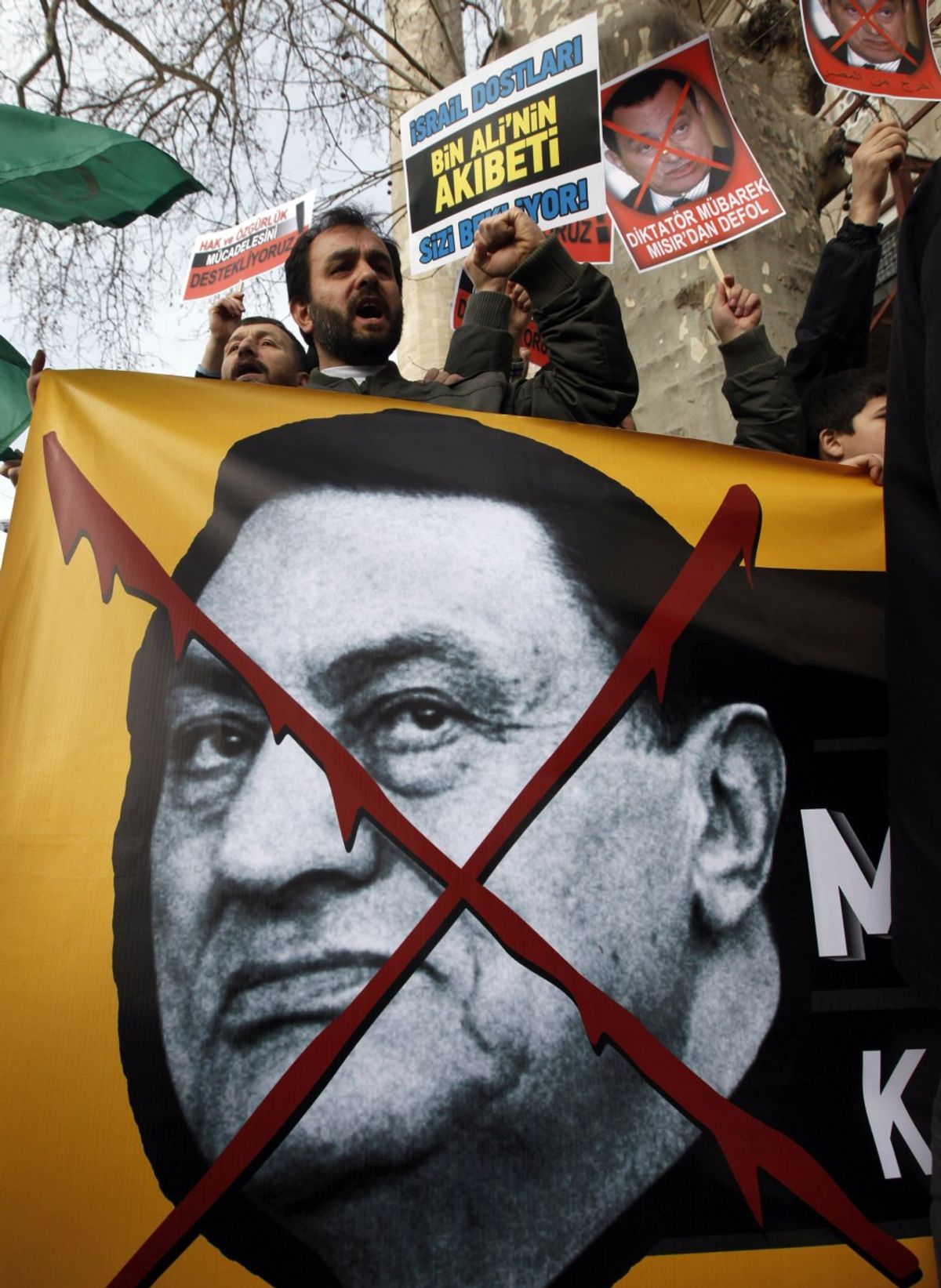 President Barack Obama said Friday that discussions have begun in Egypt on a turnover of the government, and he said he hoped "to see this moment of turmoil turned into a moment of opportunity." "The whole world is watching," Obama said after meeting at the White House with Canadian Prime Minister Stephen Harper.

Obama said he was encouraged with the restraint showed Friday and repeated his insistence that the U.S. opposes the use of violence either by the government or the protesters.

"This is obviously still a fluid situation, and we're monitoring it closely," Obama said.

He said the U.S. wants to send a "strong and clear message" that attacks on journalists, human rights activists and peaceful protesters "are unacceptable."

He did not directly blame the Mubarak government for the attacks but said the Egyptian government is responsible for protecting its people.

Obama did not insist that Egyptian President Hosni Mubarak leave immediately. But he talked about "a transition period that begins now."

He said the process must "lead to free and fair elections" but that "details of this transition will be worked by Egyptians."

Pressed on whether Mubarak should leave office immediately, Obama appealed to the longtime Egyptian leader to consider the greater good of Egypt and take steps now to push the country toward democratic reform -- but stopped short of saying he should resign at once.

"He is proud, but he's also a patriot," Obama said.

He suggested that mere gestures toward the opposition were not enough.

"Going back to the old ways is not going to work," Obama said, meaning violence, oppression and limits on communication.

Obama said the new government should be "responsible to the grievances of the Egyptian people."

"The only thing that will work is an orderly transition process that begins right now" and leads to free and fair elections, he said.

Obama said Mubarak should be thinking about "how do I leave a legacy behind" that helps Egypt move through this difficult period in an orderly fashion.

Obama said that since Mubarak announced he wouldn't run for re-election, "the key question he should be asking himself is how do I leave a legacy behind in which Egypt is able to get through this transformative period, and my hope is he will end up making the right decision."