The Republican budget is a hairball

Where did all the roaring and raging on the right during the 2010 election go? 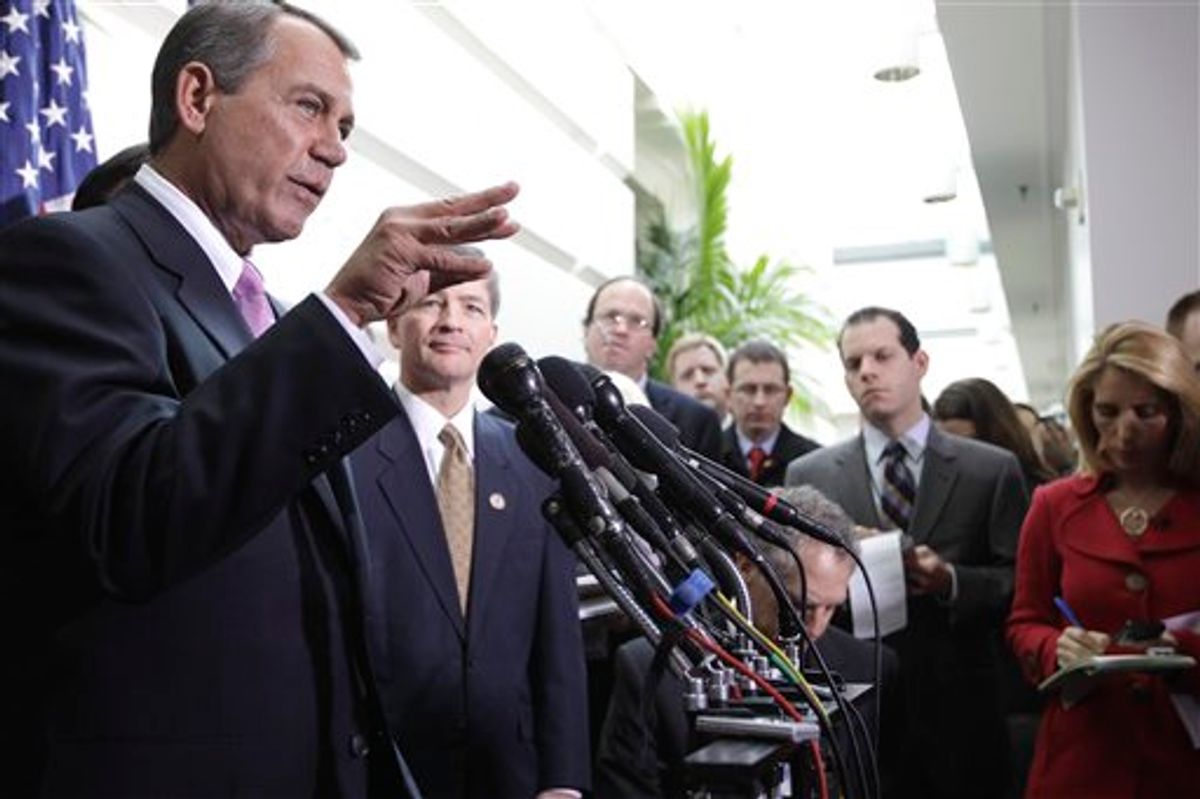 The federal budget is $3.8 trillion.

The Republicans have just come up with their plan to cut the federal budget. They've found $32 billion of cuts.

Their fiery campaign rhetoric, fierce determination, righteous indignation, and bloviated anger have summoned forth a hairball.

What happened to John Boehner's $100 billion budget-cutting commitment? What became of Paul Ryan's big ideas? Where did all the roaring and raging on the right during the 2010 election go?

I once had a dog who thought he was the fiercest thing in the county. He wasn't the brightest dog in the world. I brought him to a friend's farm where he spied a large bull far off in the corner of a large field. From that vantage point the bull didn't look very big, so my dog took off after it — howling and yelling to the skies. But as he got closer to the bull, I could see him slowing way down, and his howling turned into a whine. And by the time he came within five feet of the bull he skidded to a stop and turned silent. When the bull looked in his direction, my dog put his tail between his legs and ran.

As Republicans got closer to Social Security, Medicare, national defense, and homeland security, their bark grew quieter and their fierceness turned tail. They discovered the job of tackling the budget will be far bigger and tougher than it looked from the far end of the campaign trail. Americans don't want big spending cuts. They want to cut what doesn't work.

And now congressional Republicans have got to explain this to the Tea Partiers, who are still howling and yelling in the next field.