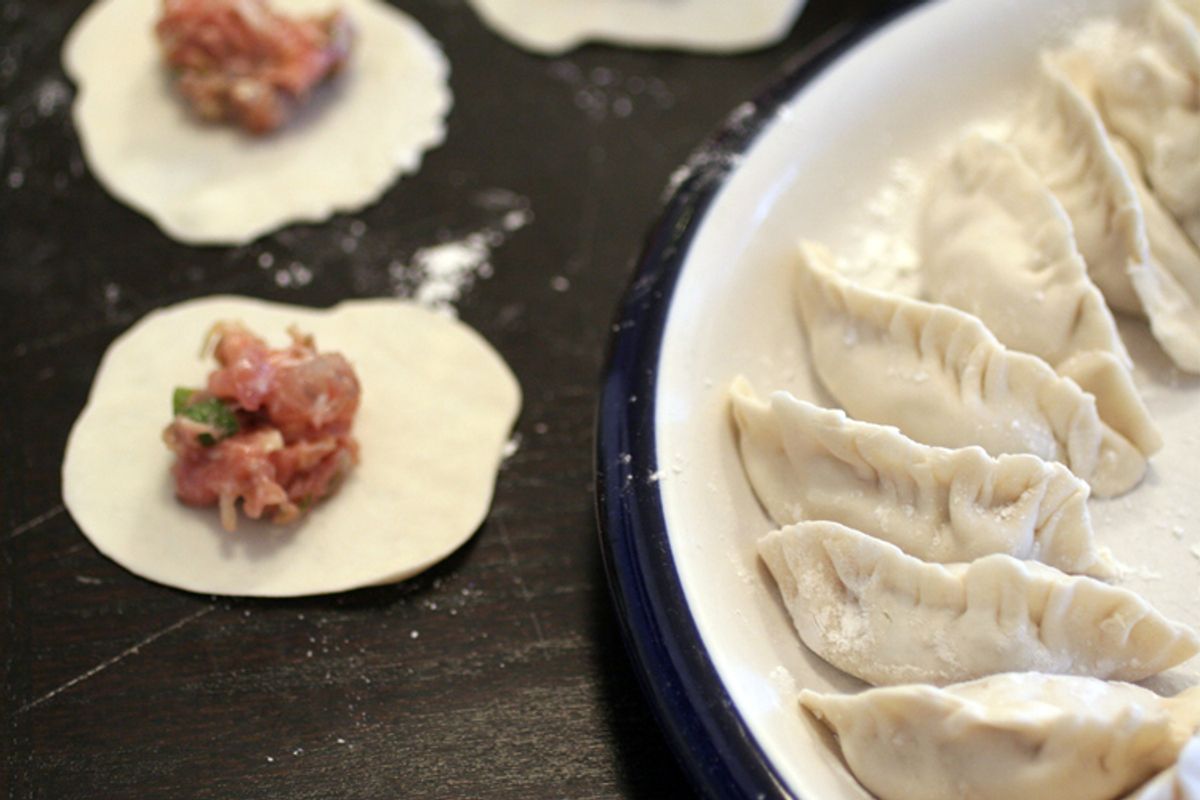 This recipe comes from my friend Winnie Yang's mom. It makes about 120 dumplings. A normal person can readily eat 12 as a main course. And feel free to mess with the quantity/combination of seasonings. All of them can be adjusted to taste. As for the wrappers, you can cheat and buy them pre-made -- try to get the kind made of just flour and water, no egg or yellow dye -- but if you're not making your own skins for her mom's dumplings, Winnie will get all Tiger Mother on you.