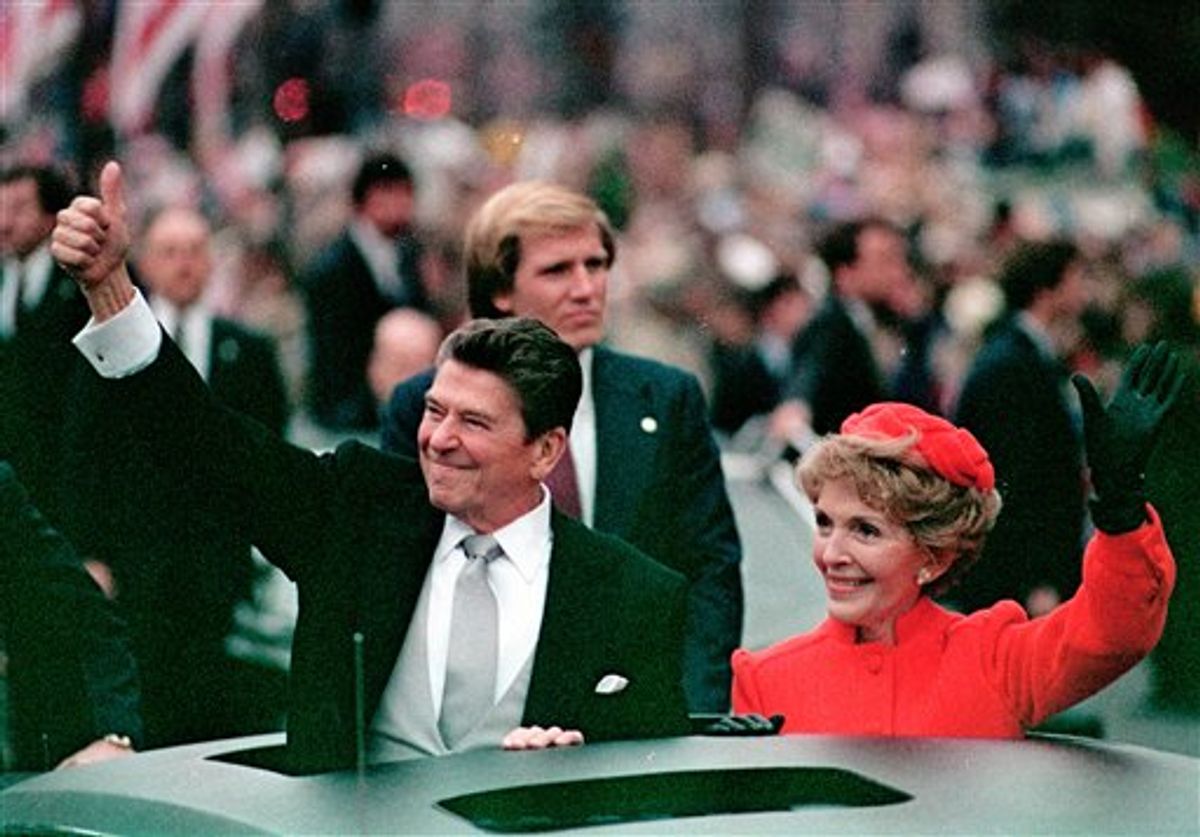 FILE- This Jan. 20, 1981 file photo, shows President Ronald Reagan as he gives a thumbs up to the crowd while his wife, first lady Nancy Reagan, waves from a limousine during the inaugural parade in Washington following Reagan's swearing in as the 40th president of the United States. Sunday, Feb. 6, 2011, marks the centennial anniversary of Reagan's birth. (AP Photo/File) (AP)
--

Brown University is offering a new course on conservatism this spring that its supporters say will help bring ideological balance to the school's offerings.

The course, "Modern Conservatism in America: Conservative Thought in the 20th Century," was developed as part of a project called Conservatism 101.

The project aims to introduce courses on conservatism at universities to bring balance to what its founders see as a heavy bias against conservative thinking in academia.

In a statement, Brown student and project co-developer Terrence George says students at elite schools are often unable to study views "outside of academia's leftist mainstream."