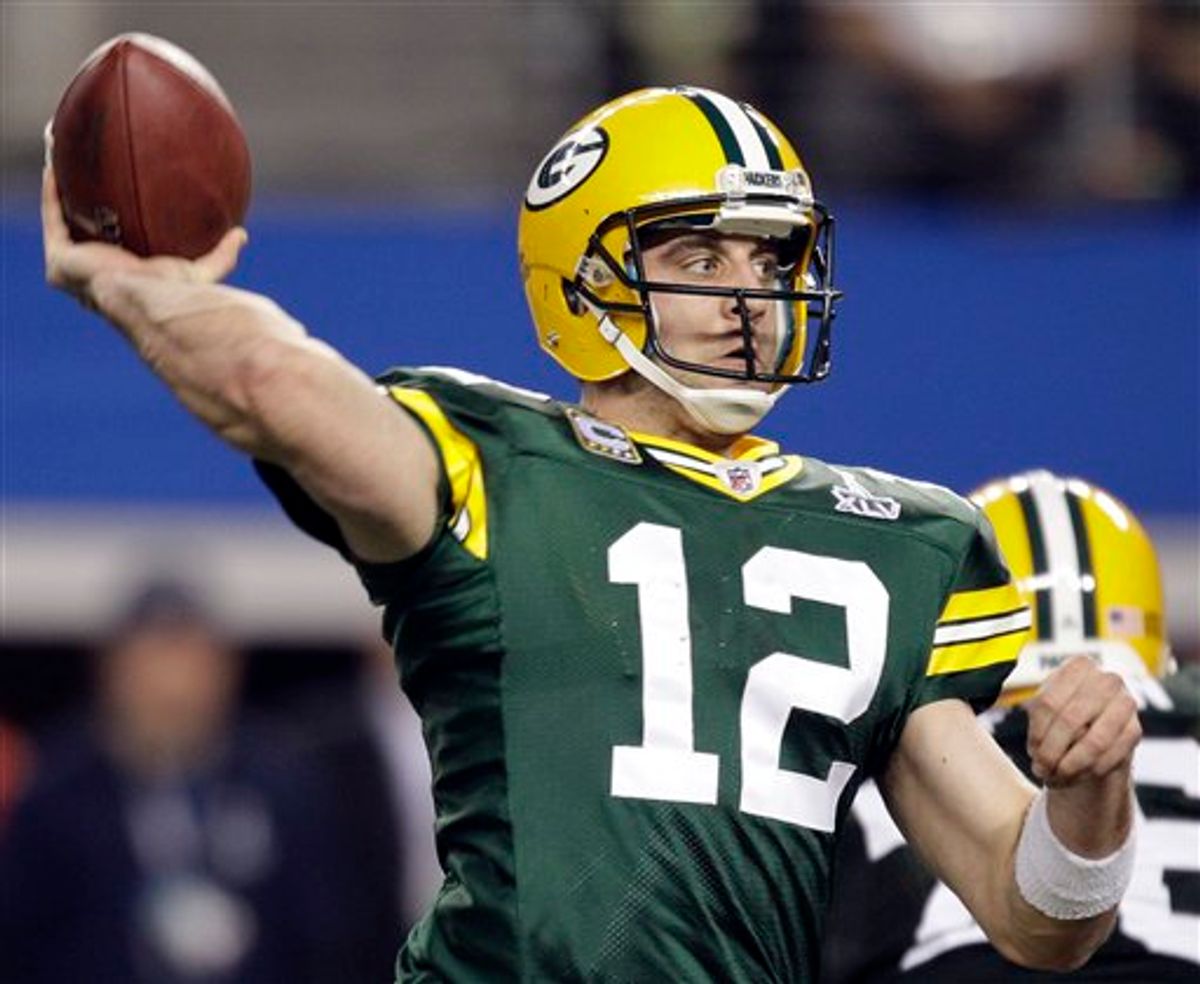 With precise passes and cool under pressure, Rodgers completed 24 of 39 passes for 304 yards, three touchdowns and no interceptions Sunday night to lead the Packers to a 31-25 victory over the Pittsburgh Steelers for Green Bay's first NFL title since Favre's in the 1997 Super Bowl.

Rodgers is 27 years old, just as Favre was then. And after biding his time as a backup until the Packers split with Favre, Rodgers has quickly taken over. This was his third full season as a starting QB, and he was particularly good throughout the playoffs, leading the No. 6 seed Packers to a championship.