Lindsey Graham, useless dealmaker, is back 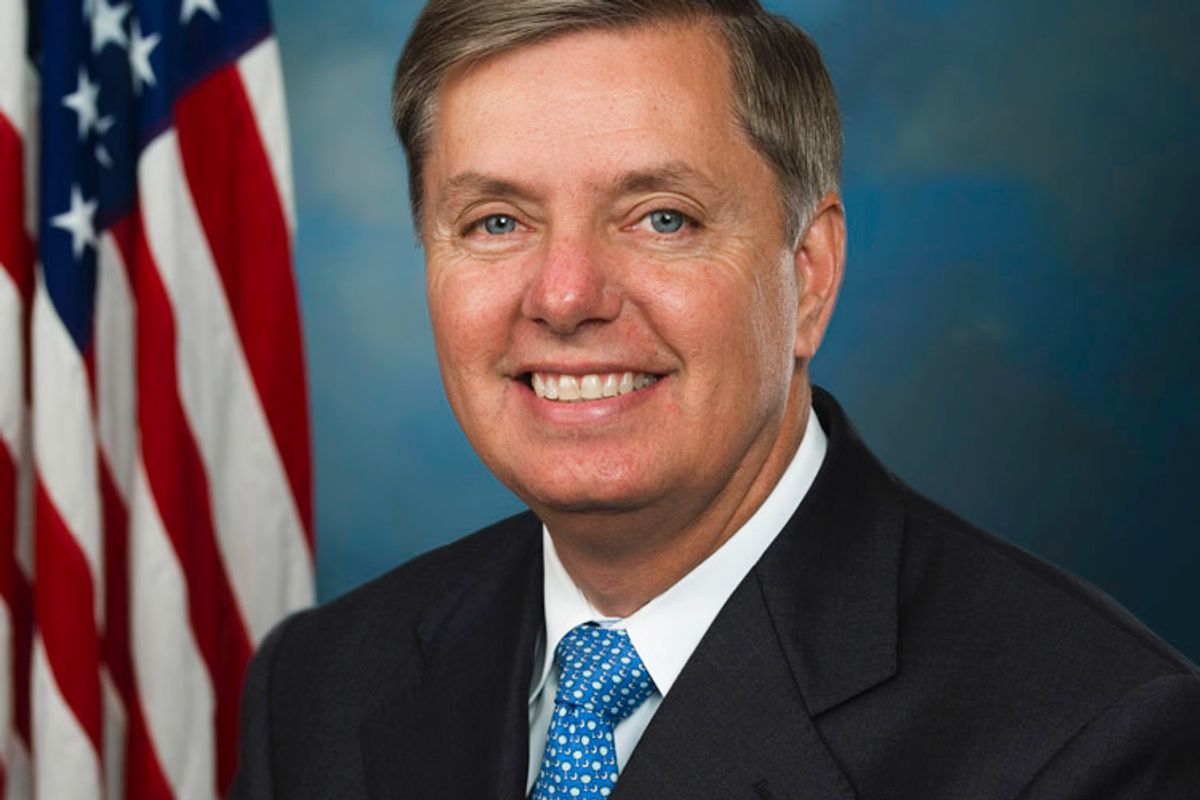 Oh, good, Lindsey Graham is back on the immigration reform bandwagon. Or at least he will be until one of his Honorable Democratic Colleagues says the wrong thing in an elevator one day, at which point he will regretfully walk away from the deal.

Graham and his colleagues in Senate moderation do not care, at all, about policy outcomes. Or at least they care much more about "decorum" and "comity" than they do about whatever problems they have crafted bills to address. And Lindsey Graham and his friend Joe Lieberman add a pathological element to it: They get thrills when they annoy the "true believers" in their parties.

So when Graham lets it be known that he is working on immigration reform again (with Senator Chuck Schumer), it is not really about passing immigration reform (which is impossible anyway, because members of Graham's political party now control the House of Representatives, and Graham did not bother to help get reform passed back when he had the chance because he got cranky about the fact that Harry Reid wanted to actually try to do it instead of delaying the process forever). It is about signaling that Graham is a powerful bipartisan deal-maker, and that all legislative compromises must go through him.

The point is also to annoy True Immigrant-Hating Conservatives like Mark Krikorian, which Graham does beautifully -- not only is he working on "amnesty" with Schumer, they're apparently reaching out to Alaskan Earmark defender Lisa Murkowski.

Anyway, grand bargains with Lindsey never go anywhere, but it's always fun to watch everyone carefully negotiate compromises for months before it all blows up. My favorite part is usually when, the next time the issue comes up, whatever the previous closest shot at a bipartisan compromise position was becomes, now, the baseline that has to be pushed to the right to pick up Republican support. In 2015 the compromise will be that we'll only send half of all "anchor babies" to Guantanamo.