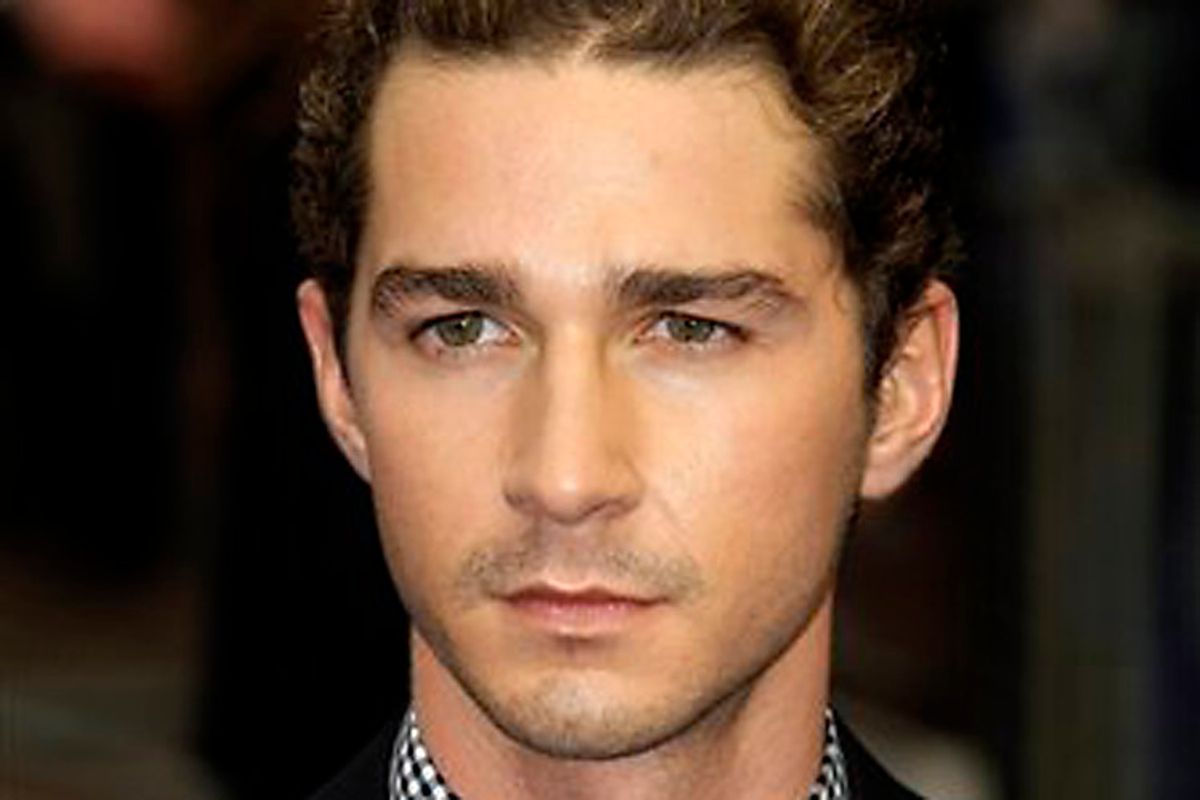 Actor Shia LaBeouf poses for photographers as he arrives for the UK premiere of the film 'Transformers: Revenge of the Fallen' at a cinema in London, Monday June 15, 2009. (AP Photo/Matt Dunham) (Matt Dunham)
--

Today in rocks and glass houses: "Transformers" star Shia LaBeouf was handcuffed and detained this weekend after a bar scuffle that the 24-year-old got into with a patron who called him a "faggot."

Witnesses said that LaBeouf was hanging out at Mad Bull's Tavern in Sherman Oaks, Calif., with a group of friends in the early morning hours when he got into the altercation with a customer. The other gentleman involved, Mark Mastro, told Radar this weekend that the incident started when the actor brushed off a friendly overture from Mastro's friend. "I said to my buddy, 'Don't worry, he's just a fucking faggot anyway,'" Mastro says. What happened next is in dispute, but  Mastro and other witnesses allege LaBeouf immediately went "charging for" his adversary. What does seem clear is that LaBeouf soon wound up eating a Mastro knuckle sandwich. Both men were handcuffed, neither pressed charges, and the incident has already gone down in the annals of bad LaBeouf behavior along with his his 2008 arrest for drunk driving and and his 2007 criminal trespassing misdemeanor charge for refusing to leave a Chicago Walgreens.

While late nights at bars make people do the oddest things, it's interesting that LaBeouf would become so incensed over a word he himself has bandied about so freely in the past. In 2008, LaBeouf had to publicly apologize for a clip showing him horsing around with a buddy, goading him to slap him with the words, "You’re a faggot, dawg. Come on, Bro," with his reps issuing a statement that "He regrets having used the word in any capacity and is very embarrassed that this footage is being seen by anyone." Maybe that's why he went so berserk this weekend -- he must really feel strongly that no one should use that demeaning word anymore.

Mad Bull's Tavern owner Richard DiSisto told Us magazine this week that the whole dust-up was just a tempest in a shot glass. "It was just boys being boys," he explained. And in case you needed reminding, when boys are being boys, in many quarters, that still means insulting each other with homophobic slurs.